The sky’s falling in, say investors… and signs are...

The sky’s falling in, say investors… and signs are that things could get wilder 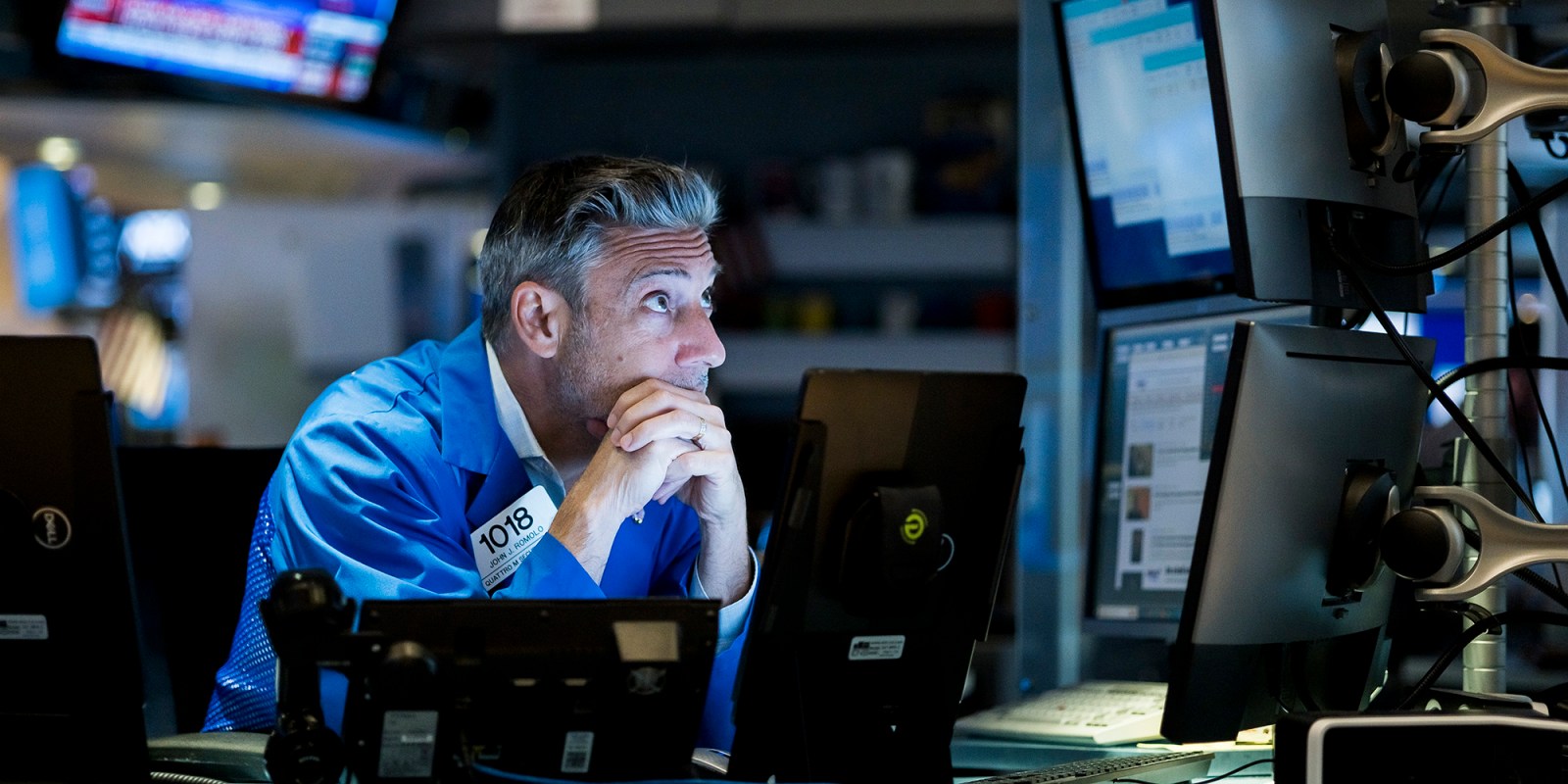 A trader on the floor of the New York Stock Exchange on 13 June 2022. The Dow Jones industrial average lost nearly 900 points in morning trading and the S&P 500 went into bear-market territory as investors continued to react to the economy’s ongoing inflation. (Photo: EPA-EFE / Justin Lane)

As US markets enter bear territory, investors wonder whether it can get worse. It can.

‘The sky is falling in.” That is how investors seem to perceive current reality, judging by Monday’s market activity.

At the start of the week, markets extended their decline from the previous week, with the Dow Jones index tumbling 3%, S&P 500 sliding 4%, and Nasdaq approaching a 5% decline. The JSE all-share followed suit with a 2.10% fall.

While 2022 has already been a wild ride, signs are that it could get wilder.

US markets are now officially in bear territory for the first time since 2020, having fallen 20% from their January high. And investors are now agonising over the possibilities of recession.

“The Federal Reserve’s bid to contain the hottest inflation in decades will end in a recession. That is the message the bond market is telegraphing,” says Craig Smith, Anchor Capital’s head of research and business development.

This is because key sections of the US Treasury curve have inverted after Friday’s consumer inflation shock which drove traders to boost their bets on the pace of Fed tightening.

Two-year yields exceeded 10-year rates for the first time since April, while five-year yields soared as much as 17 basis points above 30-year rates in one of the widest inversions in more than two decades, he explains.

This “risk-off” theme continues to empower the dollar while punishing gold, which shed 2.8% on Monday, trading below $1,830.

All of this comes ahead of the Federal Reserve’s two-day meeting which begins on Wednesday, and where a larger US interest rate hike has been touted by the media, with some whispering of even a 100 basis point adjustment.

But more important than the rate adjustment is the tone set by Federal Reserve chair Jerome Powell in his press briefing after the meeting. Whatever he says about future rate hikes — in summer and autumn — will set the course for turbulent financial markets.

“The overarching theme is one of stagflation and its shrouding trade,” says Nema Ramkhelawan-Bhana, co-head of Institutional Sales and Research at Rand Merchant Bank.

We have to go back to 1940 to find a worse start to the year, says Paul Theron from Vestact.

“This three-day rout in the market has left the S&P 500 down almost 9% in that time, pushing the index into a technical bear market for the first time since 2020, meaning the benchmark is down more than 20% from its January record high.

The energy segment is the only one of the S&P 500’s eleven sectors in positive territory this year. Energy prices — oil and gas — are at all-time highs and are one of the inflation culprits.

The rand has been remarkably resilient in the face of this turmoil, but that may not remain.

“On a year-to-date basis, the rand hasn’t fared that poorly against the US dollar, down by 0.37% compared to the worst-hit Turkish lira, which has depreciated by a whopping 22%,” says Ramkhelawan-Bhana.

“But be warned — there is a deepening in bearish sentiment towards the rand.”

The question on the minds of local investors is what impact all of this will have on South Africa, its markets and its currency?

“Bear in mind that this story is about valuations coming down,” says Hywel George, director of Investments at Old Mutual Investment Group.

“US stocks were expensive, in particular US tech, which is derating and will probably derate further. On the other hand, the South African market was relatively cheap. So when it comes to markets, South Africa is better off from a relative position.”

South Africa is also sheltered, to some extent, from inflation.

SA’s export basket comprises agricultural commodities and metals and ores, as well as coal, where prices have risen significantly — enough to offset the rise in the price of imported oil.

However, the “sails” with which the domestic economy has to catch these positive tailwinds in order to amplify their economic impact have diminished through time, says Marie Antelme, Coronation chief economist.

“Nonetheless, the extended rise in terms of trade should prolong the economic recovery that gained traction in 2021, not just through trade and revenue, but also through support for income and consumption.”

But if there is a global recession, all bets are off.

“We are going to go through a tough time globally,” says George.

“Global economies are heavily indebted, which is a concern. If there is a recession, South Africa will be affected as demand for commodities will fall, driving down prices.”

Investors, he adds, have no choice but to “stay the course”. DM/BM