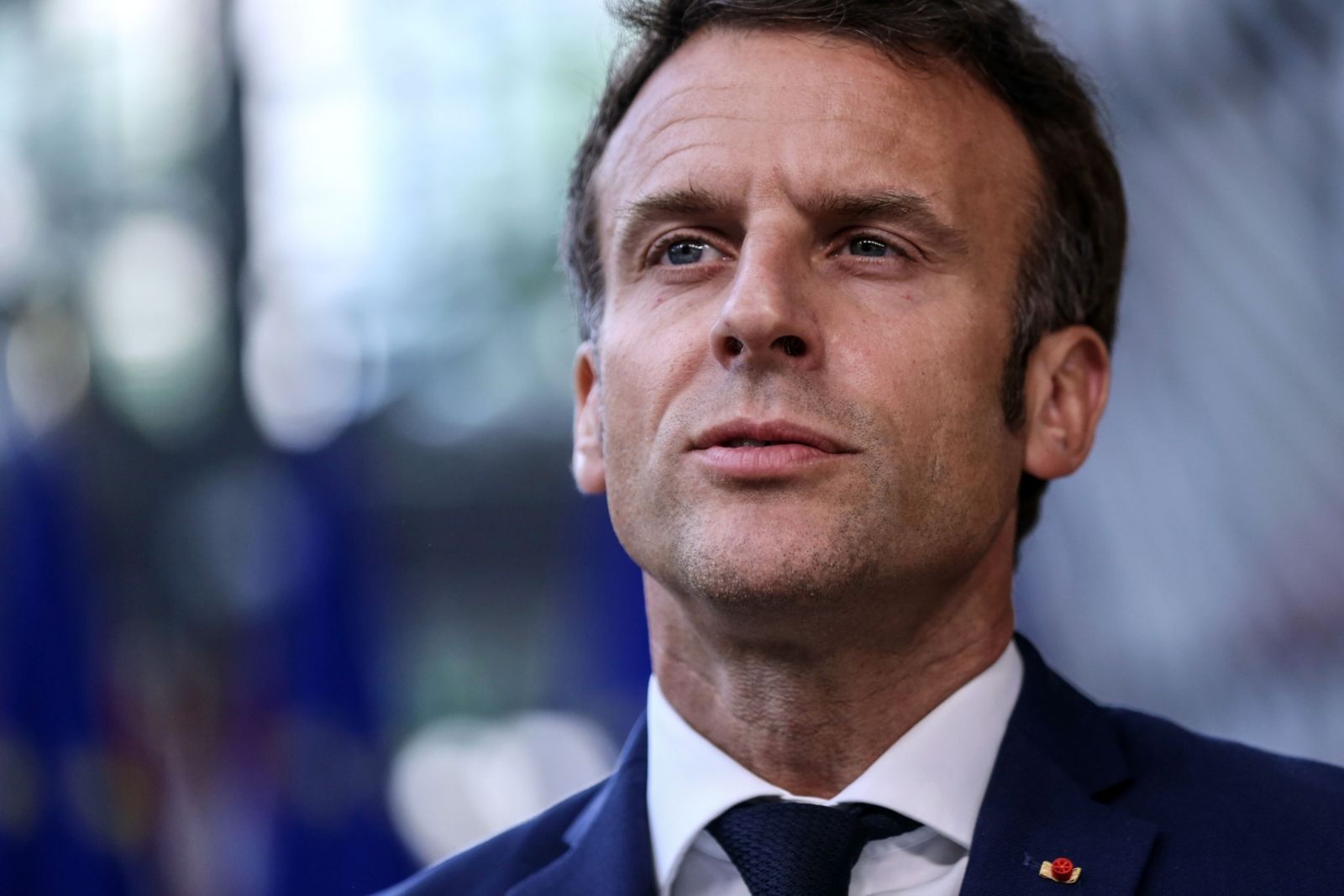 A left-wing grouping known as Nupes is projected to come second in French parliamentary elections, forcing Macron to strike alliances with other parties.

President Emmanuel Macron’s setback in the first round of legislative elections will force him to contend with an emboldened leftist opposition united around a key objective: to undo his pro-business agenda.

Maintaining a majority of at least 289 lawmakers in the National Assembly has become tougher for Macron, with polls showing he’s on track to get 262 to 301 seats Sunday’s second-round vote. The left-wing grouping known as Nupes led by Jean-Luc Melenchon is projected to come second with 164 to 208 seats.

Though Macron’s party will still be the biggest bloc, governing with a relative majority would contrast to the last five years when lawmaking was straightforward. The president will likely be forced to strike alliances with other parties.

And even if Nupes, which includes communists, greens and socialists, probably won’t be able to implement much of its program, it will set to out to disrupt Macron’s plans with referendums, filibustering and parliamentary investigations.

Here are the other key points of Nupes’ economic programme:

Nupes wants to increase public spending by 250 billion euros ($261 billion) a year — equivalent to about 11% of gross domestic product — to help poorer households and invest in public services and the green transition. It says new expenditures will be funded by higher taxes on financial transactions, big corporations, and the rich.

It’s also betting on new revenues and boosted consumer spending from job creation, with 1.5 million new posts in the public sector. In total, it expects 267 billion euros in new income, which would bring public debt to 120% of GDP in 2027 (compared with 112% currently).

Yet there’s debate over how much more growth the program will actually bring, with the center-left think tank Terra Nova questioning the impact on the “credibility and sustainability” of public debt.

Nupes sees interest rates on French debt rising slightly if they were to implement their program, but is counting on help from the European Central Bank. According to their program, they could get the ECB to transform its holdings from asset purchase programs into perpetual debt with zero interest as well as buying more. They’d also carry out an audit to determine a share of public debt that is “illegitimate.”

Those plans have also met with criticism. In a radio interview last week, Bank of France Governor Francois Villeroy de Galhau warned the central bank can’t cancel debt as its against the founding treaties of the euro. “You can’t count on the ECB to buy more French debt,” Villeroy told BFM Business TV. “It wouldn’t do it, notably to not drive inflation, which is the main concern of French people.”

Currently, the French retire at age 67, with full pensions regardless of how long they’ve worked. They have the option of retiring earlier, from 62 years old, but payments depend on careers and age. There are different regimes, but most people born after 1973 must have worked for 43 years.

Nupes wants people who’ve worked at least 40 years to be able to retired at age 60. It estimates this would cost 70 billion euros annually.

According to Macron’s campaign proposal, the French could retire from 65, but his team has said that there would be exceptions.

Nupes plans to freeze the prices of essential goods, including gas and electricity, five seasonal fruits and vegetables, and hygiene products. It would require big energy players to lower their margins and sell gas at a lower, regulated price. The alliance says it wants to negotiate an EU-wide wholesale gas price. Rents would be capped.

Nupes aims to nationalize what it calls “strategic airports,” highways and lottery games operator Francaise des Jeux, which was privatized by Macron.

Nupes say it would split retail banking from investment operations, and force banks to divert funds to the green transition and smaller companies.

A new tax on financial transactions would be “significant.” Toxic and “useless” financial products would be banned, while leveraged buyouts would only be allowed when employees purchase their own companies. Shareholders rights’ would be tied to their seniority as investors.

The alliance wants to ban layoffs at companies that receive public subsidies or pay dividends, and give employees a say on payout policies. The goal, according to Nupes, is for sums that go into dividends and share buybacks to equal spending on wage increases.

Melenchon’s alliance wants to boost the minimum wage to 1,500 euros a month after taxes, compared with roughly 1,300 euros currently, and increase the salary of civil servants.

The group says it will bring annual paid leave to six weeks, from five, and impose higher wages for overtime work.

Nupes wants to invest 40 billion euros a year to tackle climate change, focusing on energy, transport, industry and house. It says that will lead to the creation of 850,000 jobs in the private sector. BM