Does icing an injury delay recovery? The jury is still out 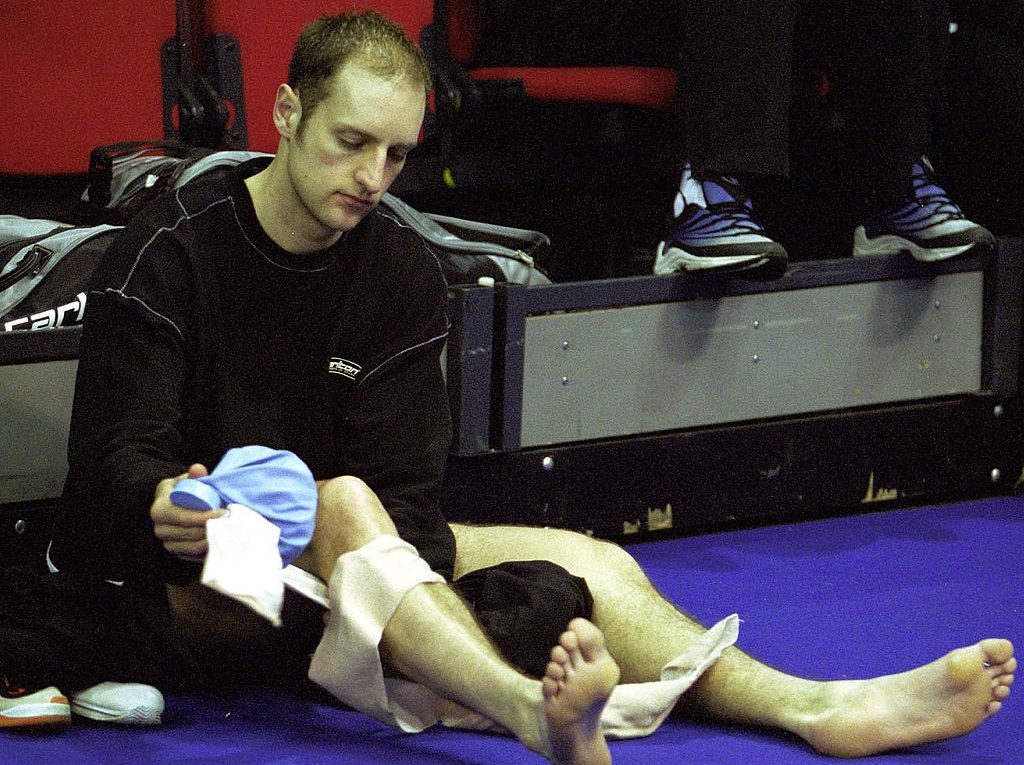 Simon Archer of England applies ice to his knee after aggravating a tendon injury during the match against Fredrik Bergstrom and Jenny Karlsson of Sweden in the opening round of the Yonex All England Badminton Championships at the NationalIndoor Arena in Birmingham in 2001. Image: Mike Finn-Kelcey/ALLSPORT

Do you practise health rituals that work for you even though there is very little evidence of their efficacy? Recently icing has become a hot topic of discussion. We look at the fad and the facts.

For years, I was told that eating carrots would improve my night vision, chocolates cause pimples and cold weather triggers a cold. Several friends are adamant that the flu shot causes the flu. Although these beliefs are unproven, those who follow them are convinced they make sense.

If I sprain an ankle, the first thing I do is grab a packet of frozen peas to ice the injury. This was the so-called golden rule to speed up recovery. Experts claimed that ice reduces pain and swelling, and stops inflammation. According to them, preventing inflammation was key to fast healing. Icing was an essential part of this theory. In 1978, Dr Gabe Mirkin coined the acronym RICE which promotes rest, ice, compression and elevation; these principles were regarded as the optimum treatment for a soft-tissue injury.

Recently icing has become a hot topic of discussion. The latest research shows inflammation is an essential part of recovery. It’s the body’s natural response to an injury. Icing it is counterproductive and delays the process. Evidence suggests that inflammation should be allowed to run its course, and similarly, author, professor and columnist Mirkin doesn’t promote icing any longer.

Dr Marcel Jooste, sports physician at the Sport, Exercise Medicine and Lifestyle Institute at University of Pretoria supports this philosophy. He says the benefits of icing are questionable: despite the widespread use of it, there isn’t sufficient proof to support it. Although he admits icing could relieve pain and swelling immediately after the injury, Jooste and many professional sport doctors practise the Peace and Love principle. These acronyms were coined in 2020 and involve a holistic approach to the management of an injury, from immediate to long-term care. They focus on the person with the injury rather than the injury of the person. Jooste believes it is important for patients to become actively involved in their rehabilitation and that a positive attitude is vital and ensures faster and full recovery.

Is icing out altogether?

Theoretically speaking, the new approach makes sense, but in practice icing a sprain has many benefits. It helps reduce the pain without the side-effects of medication. It prevents swelling and limits bleeding from the torn tissue which causes secondary damage. Excessive bleeding inhibits scar-tissue development and swelling slows recovery.

Marshall recommends icing about every four hours for 20 minutes during the first 24 to 48 hours. He notes that although it does not stop blood flow altogether, if done intermittently, it restricts the use of ice to the acute phase.

He also believes there is insufficient evidence to prove that the use of ice initially will delay the onset of healing. However, there is evidence that anti-inflammatory medication can slow recovery. Once the injury is stabilised one should allow the natural inflammation process to run its course.

David Milner, who has been Kaizer Chiefs’ physiotherapist for 23 years, explains that “the body is exceptionally complex and timing around inflammation important”. He is sticking to the RICE method until more evidence convinces him otherwise. He adds that the new theory has not stood the test of time and he prefers to work with concepts that have proven results. He warns against anti-inflammatories because he believes they inhibit the body’s natural ability to fight inflammation, and instead recommends taking paracetamol if necessary.

“One should start to move again as soon as possible. If one’s pain score is about two to three out of 10, one should systematically increase weight-bearing exercises. This will help strengthen and stretch the muscles and prevent muscle dystrophy,” he explains.

What do athletes say?

Despite the misgivings about the efficacy of icing, many top athletes and coaches still prefer the RICE approach.

Nick Bester, a Comrades and Ironman winner and national manager of the Nedbank running clubs, says icing is crucial. He recommends strapping and compressing a sprain to keep it in the correct position and minimise swelling.

Continue to exercise to encourage blood and oxygen flow to the affected area. If the injury is too painful to move, he says, focus on alternative exercises such as swimming, gym or cycling that do not involve the injury, until you are able to resume exercising the damaged ligament or muscle gradually. Additional treatments such as physio, laser and frequency also encourage blood flow and promote the production of a growth hormone that will speed up recovery.

Gerda Steyn, a winner of the Comrades and Two Oceans marathons, says she uses ice but will seek professional medical advice to establish the best treatment that will avoid a delayed recovery. She says the body will heal itself but sufficient rest is essential to allow the process to take place.

Hendrick Ramaala, running coach and winner of the New York and Mumbai marathons, believes in icing a sprain and getting professional advice as soon as possible.

Milner, the physiotherapist, concludes that a British soccer manager told him that despite the new information, a sprain injury takes about three weeks to heal whether you treat it actively or leave the body to do the job itself. While the jury is out, do whatever works for you. DM/ML