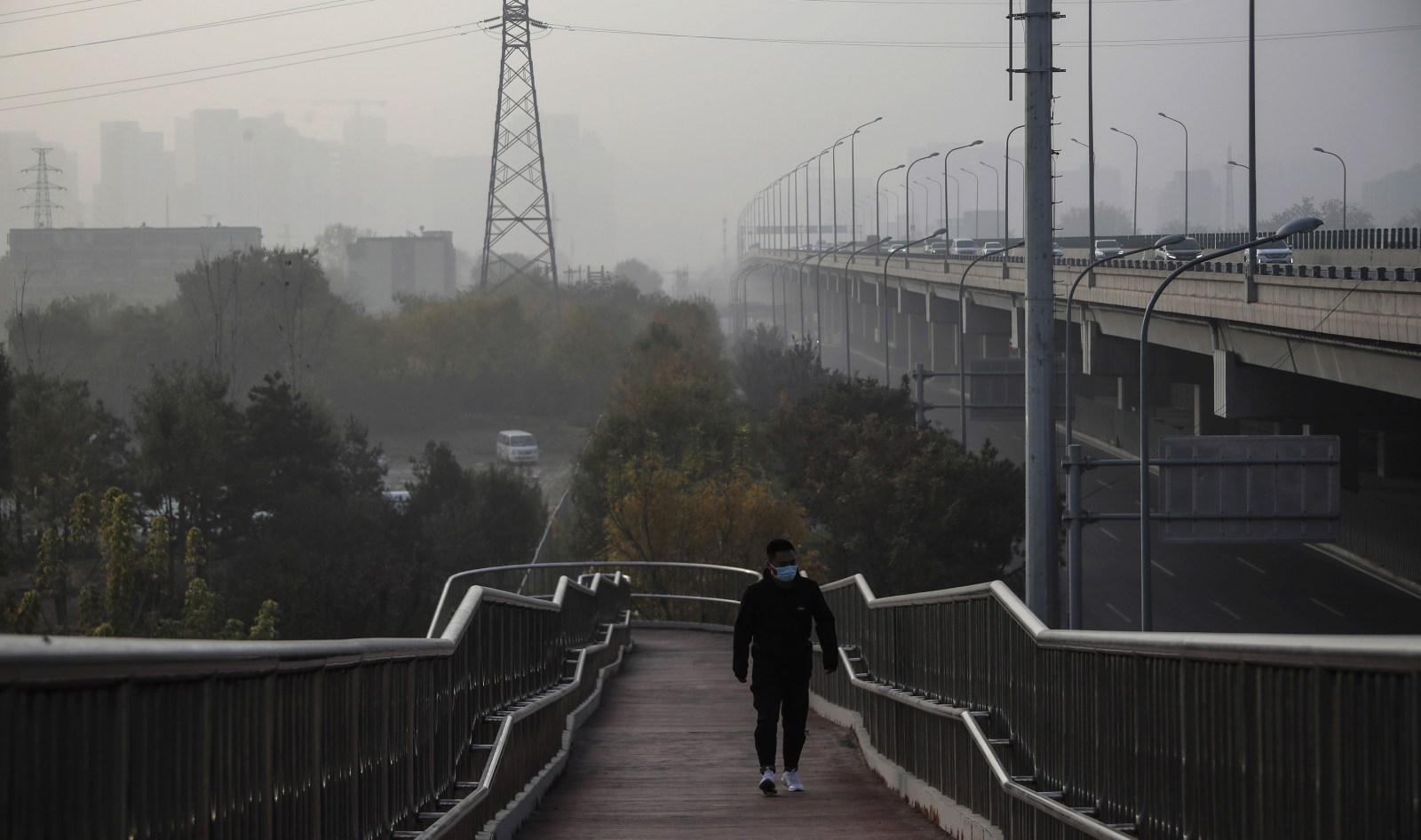 A man wearing a mask walks in Beijing, China, 04 November 2021. China, the world's biggest polluter, has promised the UN to peak its emissions before 2030 and reduce them to zero by 2060. A new policy document has warned of climate change risks. (Photo: EPA-EFE/WU HONG)

Climate change has not only created long-term problems but also made China more vulnerable to 'sudden and extreme' events, warns a new policy document. Transmissible diseases, pests, and extreme weather are also an increasing danger to public health.

China’s economy and society are at increasing risk from climate change and the country needs to improve adaptation mechanisms and monitoring capabilities at every level of government, according to a new policy document.

“Climate change has already brought serious adverse impacts to China’s natural ecological system, and has continued to spread and penetrate into economy and society,” the government said in its national climate change adaptation strategy published late on Monday.

Climate change was not only creating long-term challenges but also made China more vulnerable to “sudden and extreme” events. Transmissible diseases, pests, and extreme weather were also an increasing danger to public health, the document said.

Vegetation belts have also shifted northwards, and China needs to take action to “optimise” its farming and switch to higher-yield and more stress-resistant crops, it added

The document said the government would modernise its climate-related disaster prevention systems and reduce the vulnerability of the economy as well as its natural ecosystems.

China will also aim to build a nationwide climate impact and risk assessment system by 2035, and will require major projects to include climate in environmental impact assessments. It will also boost its early-warning capabilities.

It said it would strengthen monitoring at rivers and lakes to boost flood control and improve water supply security. It will also reform water prices and impose binding consumption targets in key regions. It aims to cut water intensity – the amount used per unit of economic growth – by 16% over 2021-2025.

China, the world’s biggest carbon emitter, has promised to bring greenhouse gases to a peak by before 2030 and to become carbon neutral by 2060.

However, the country’s climate commitments have come under international scrutiny as it tries to find a balance between maintaining economic growth and decarbonising its coal-heavy energy system. BM