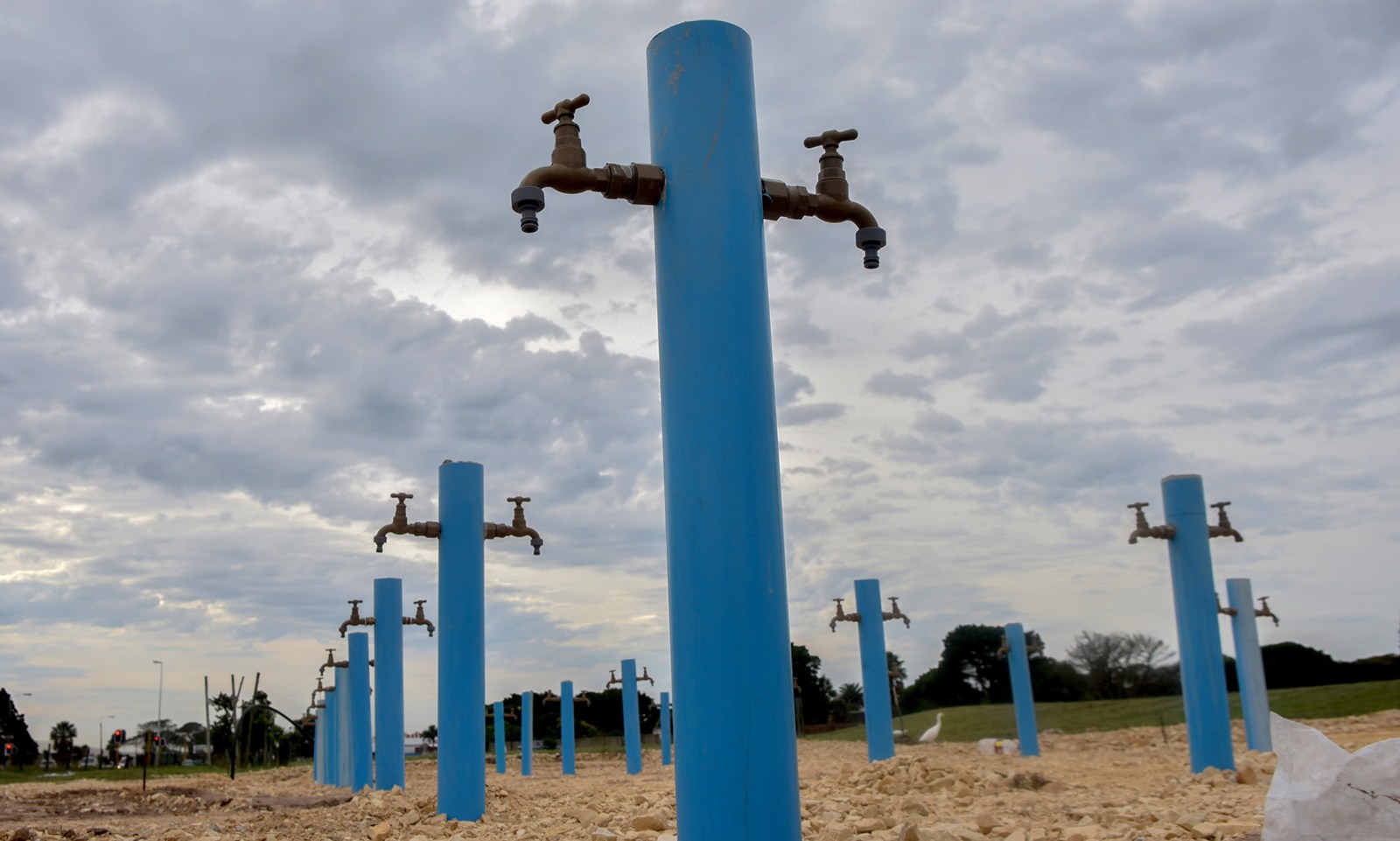 The preparation of water collection sites in Nelson Mandela Bay’s ‘red zone’ serves as a stark reminder of what residents are increasingly likely to face in the next few months as the city’s water resources dwindle to crisis point.

The Impofu Dam, predicted to run dry in July, had fallen to such low levels that the barge pumps were sucking in mud. No water could be extracted.

That left the city with the Churchill Dam, expected to fail in 11 days; the Loerie Dam, with 37 days of water left; the small Groendal Dam with water for 168 days, but it supplies only a small part of the metro; and the Nooitgedacht Scheme, where long delays in building infrastructure have made it impossible for the city to extract all the water it needs.

“This is a very tricky time in the life of the Nelson Mandela Bay metro,” said Luvuyo Bangazi, Mandela Bay Development Agency spokesperson, who has been appointed to handle communication on the water crisis.

While some rain has been predicted for the metro on Wednesday, it’s not likely to have much of an impact.

Referring to the newly installed water collection points, Tsatsire explained that there would be drive-through and walk-through sites. He said their budget for water collection sites is R6-million.

Tsatsire said the water supply to the city’s “red zone” would be turned off once the dams run dry. People will then have to collect their daily quota from the communal taps.

He said the available water will be sent to economic zones to keep businesses going, and that it was agreed the Nelson Mandela Business Chamber would provide an engineer and contractors to help fix the many leaks in the water system.

Right now, though, the city faces an unprecedented humanitarian crisis.

Tsatsire said the South African Defence Force would be brought in to help with the emergency.

Dr Imtiaz Sooliman from the Gift of the Givers was in the area with a drilling team to prepare emergency water supply points for households.

While the metro merely noted in its drought mitigation plan that it was likely that some people might die of thirst, organisations caring for the aged have said dry taps would spell disaster for an area with a population of 1.5 million.

Maureen Andreka, CEO of Algoa Bay Council for the Aged, said the elderly in their care — all of whom are state pensioners — would in some residences have access to water tanks, but that this supply wouldn’t last long.

“How is an elderly person going to carry a five-litre bucket of water? It makes a mess. And then we will have the elderly slip and fall. And that’s just for flushing toilets,” she said.

Coralie Peo-Swartz from the Red Cross said it was extremely concerning that people who lived alone without support would struggle to collect water.

“Another concern is the impact this will have on health and hygiene.”

She said the organisation’s resources were limited and, with the high cost of fuel, there would have to be a collective effort from everyone to help their neighbours.

“In this way, nobody will suffer,” she said.

“We want to encourage everyone to reach out to the people in their communities and make sure they are okay… drop off a 20-litre bucket of water.”

Meanwhile, on Monday the Kouga Municipality introduced water shedding between 10am and 4pm.

Mayor of the Kouga Municipality, DA councillor Horatio Hendricks, said, “We have been trying to delay the need for water shedding, but the situation is critical and we cannot avoid it any longer”.

“This unfortunate situation could have been avoided altogether if Nelson Mandela Bay had not wilfully mismanaged the bulk water sources in both the Churchill and Impofu dams,” said Democratic Alliance constituency leader Retief Odendaal.

“Although the metro was restricted by the Department of Water and Sanitation to only extract a maximum of 30 million litres of water a day from the Churchill and Impofu dams, the metro continued to recklessly extract between 90 and 100 million litres per day. That is three times the restriction placed on the extraction,” he said.

“It also highlights the fact that NMB cannot be trusted with the responsibility of controlling bulk water. The DA will lobby that in future NMB does not have control over the bulk water extraction from Churchill or Impofu dams… extraction from these dams must be controlled in a similar fashion to the Kouga Dam, where an irrigation board controls the release of bulk water.”

Spokesperson for the Department of Water and Sanitation, Sputnik Ratau, said the fixing of leaks (the city loses up to 80 million litres of water a day due to leaks) would remain the responsibility of the metro, with the help of the Amatola Water Board.

“The most effective way to avoid the taps running dry is for everyone to drastically reduce their consumption,” Ratau said.

He said the metro had to communicate more on water restrictions, prioritise and make the enforcement of restrictions more visible, improve water meters, billing, revenue collection and extend local supply.

Sibongile Dimbaza from the Nelson Mandela Bay Business Chamber said details of businesses that had offered to help fix leaks were still being finalised.

Luvuyo Bangazi said the joint operations committee handling the crisis had been joined by the safety and security department. Police spokesperson colonel Priscilla Naidu said no cases of vandalism of drought mitigation projects had been reported. DM/MC