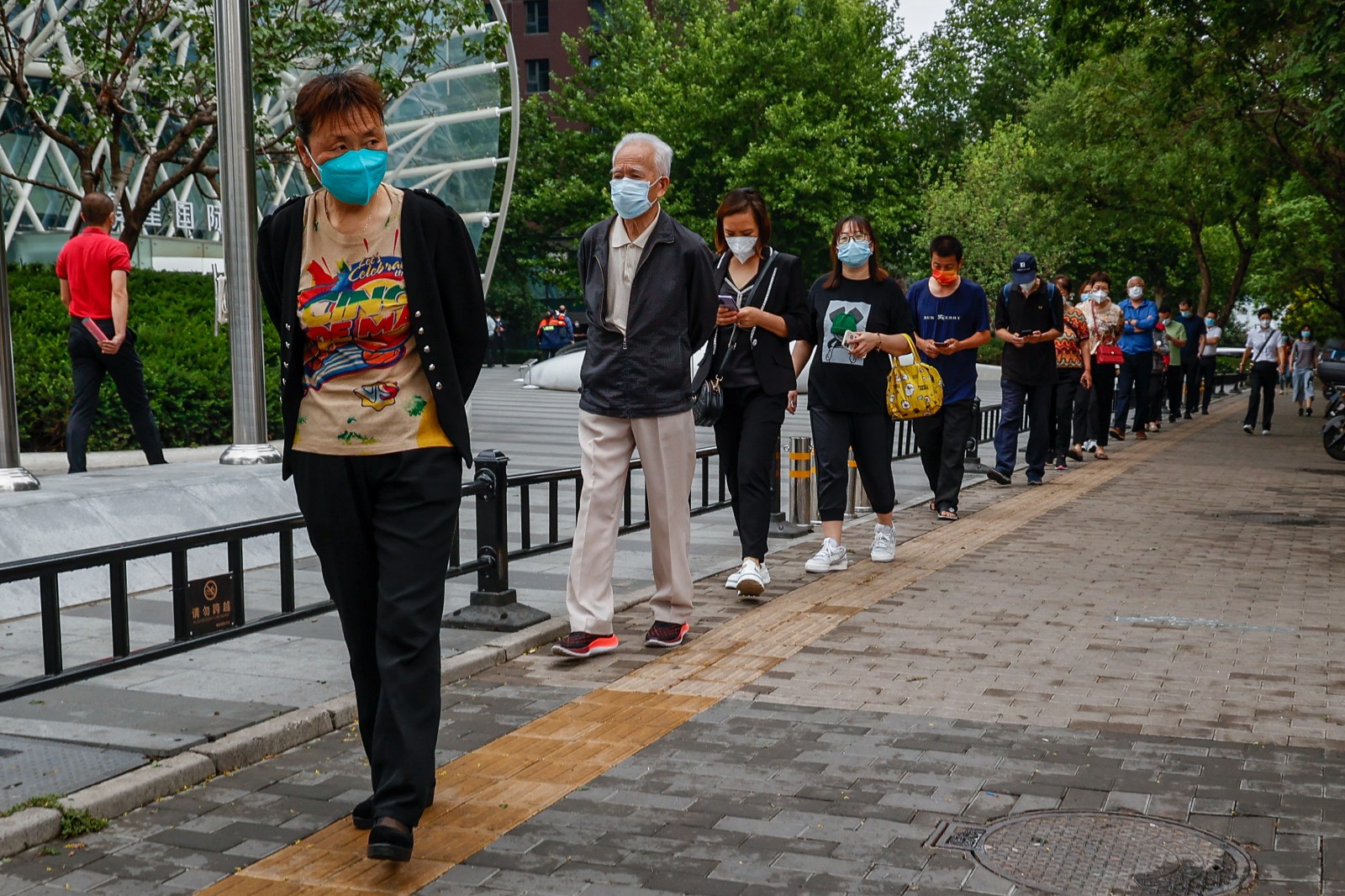 The outbreak of nearly 200 cases linked to the city centre Heaven Supermarket Bar, which had just reopened as curbs in Beijing eased last week, highlights how hard it will be for China to make a success of its “zero Covid” policy as much of the rest of the world opts to learn how to live with the virus.

The re-emergence of Covid-19 infections is also raising new concerns about the outlook for the world’s second-largest economy. China is only just shaking off a heavy blow from a two-month lockdown of Shanghai, its most populous city and commercial nerve centre, that also roiled global supply chains.

Dine-in service at Beijing restaurants resumed on June 6 after more than a month in which the city of 22 million people enforced various Covid-19 curbs. Many malls, gyms and other venues were closed, parts of the city’s public transport system were suspended, and millions were urged to work from home.

“We have to test every day now. It’s a bit of a hassle, but it’s necessary,” said a 21-year-old resident surnamed Cao, who runs a convenience store in Beijing’s largest district Chaoyang, where the bar cluster was discovered. “The virus situation has hurt our business a bit, it’s down about 20-30%.”

Chaoyang kicked off a three-day mass testing campaign among its roughly 3.5 million residents on Monday. About 10,000 close contacts of the bar’s patrons have been identified, and their residential buildings put under lockdown, and some planned school reopenings in the district have been postponed.

Queues snaked around some testing sites on Monday for more than 100 metres, according to Reuters’ eyewitnesses. Large metal barriers have been installed around several residential compounds, with people in hazmat suits spraying disinfectant nearby.

The bar, where patrons check aisles to grab anything from local heavy spirits to Belgian beer, is known among Beijing revellers for its tables plastered with empty bottles, and customers falling asleep on sofas after midnight.

With the almost 200 Covid-19 cases linked to the bar since June 9, authorities described the outbreak as “ferocious” and “explosive” – people infected live or work in 14 of the capital’s 16 districts, authorities have said.

Officials have not commented on the exact cause of the outbreak, nor explained why they are not yet reinstating the level of curbs seen last month.

The bar cluster was caused by loopholes and complacency in epidemic prevention, state-backed Beijing Evening News wrote in a commentary piece on Monday.

“At a time when … normality in the city is being restored, the fall of Heaven Supermarket Bar means the hardship and effort of countless people have been in vain,” the newspaper wrote.

If the outbreak grows, “consequences could be serious, and would be such that nobody would want to see,” it added.

Heaven Supermarket Bar, and other businesses nearby, including the Paradise Massage & Spa, were under lockdown, with police tape and security staff blocking the entrances.

A handful of customers and staff at the parlour would be locked in temporarily for checks, authorities said.

In all, Beijing reported 51 cases for Sunday, versus 65 the previous day, in line with a national trend of falling cases.

Shanghai, which completed mass testing for most of its 25 million residents at the weekend after lifting its lockdown and many of its curbs at the start of the month, reported 37 cases, up from 29.

As Beijing authorities wrestled with new Covid-19 cases in April, retail sales in the capital shrank 16% year-on-year, while property sales nosedived 25%. Data for May, due later this month, is expected to be dire as well.

Before the bar cases, there had been high hopes for a rebound in June.