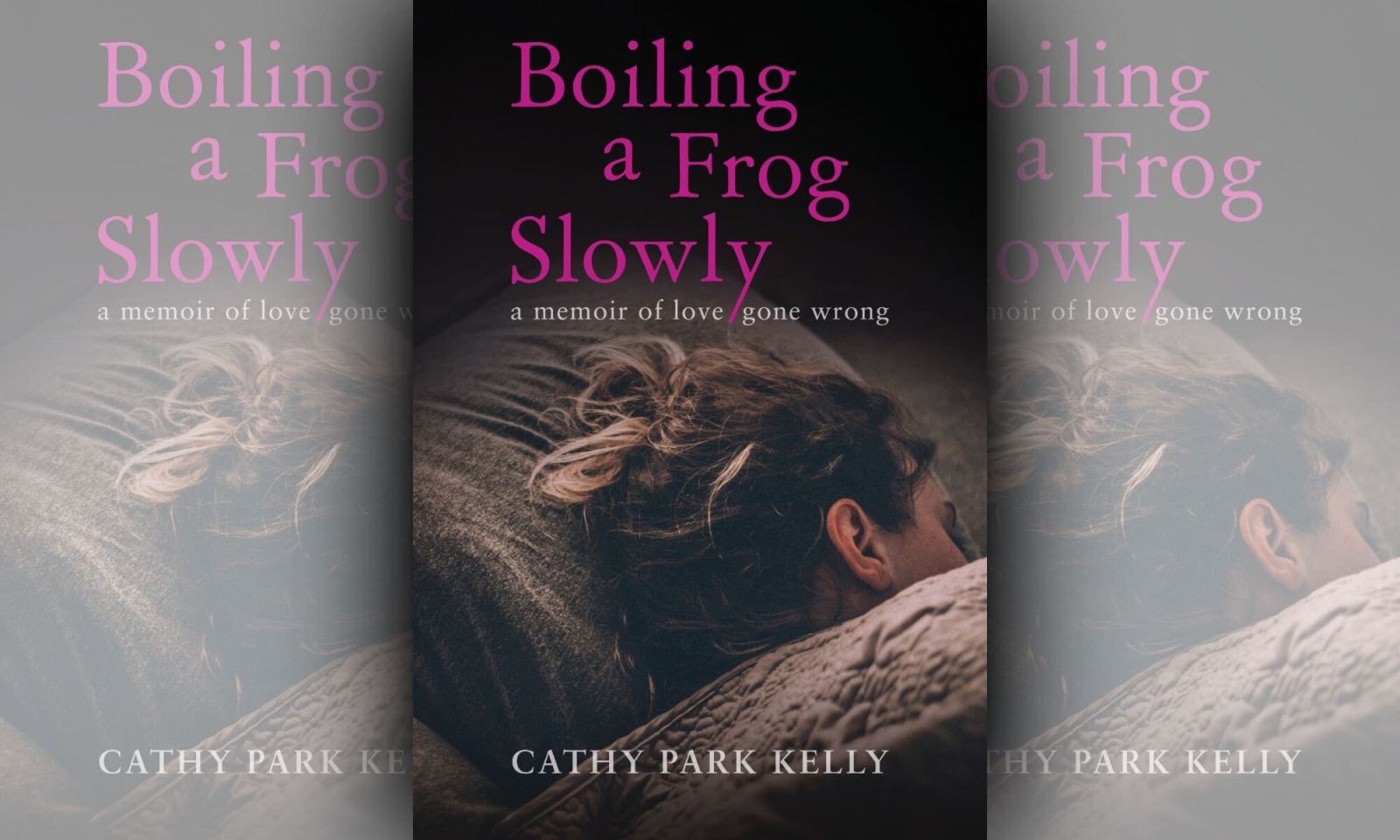 The book tells the tale of Park Kelly’s relationship with her former partner, Karl. It is a gripping read about relational trauma, of what happens to the sense of self when living with physical and psychological violence over time.

Imagine that you are minding your own business, lathering soap into your hands in the bathroom. You switch off the taps and towel dry your hands. The door bursts open and your partner strides in, lips clenched, his eyes dark with rage. He grips your shoulders and starts screaming into your face, ‘Stop. Fucking. Engaging. With. Me.’ You try to wriggle out of his grasp. He grabs a fistful of your hair and drags you out of the bathroom. He pushes you onto the bedroom floor, sits astride you and with a red marker pen and begins to scrawl across your breasts. Hot tears roll down your face. With one last stroke, it is over. He gets up, storms outside and is gone. You struggle up and make your way semi-naked to a full-length mirror. The words are etched in red on your body, ‘SLUT. CUNT. WHORE.’

So begins Cathy Park Kelly’s Boiling a Frog Slowly. The book, part-memoir, part-inspiration, tells the tale of Park Kelly’s relationship with her former partner, Karl. It is a gripping read about relational trauma, of what happens to the sense of self when living with physical and psychological violence over time.

Rebecca Solnit, who wrote The Faraway Nearby in 2013, argues that sometimes empathy must be learned and then imagined by perceiving the suffering of others and translating it into one’s own experience of suffering. Empathy makes you imagine the sensation of the torture, of loss. You make that person into yourself, you inscribe their suffering on your own body, or heart or mind and then you respond to their suffering as though it were your own. This is exactly what Boiling a Frog Slowly does, very successfully so.

Park Kelly first met Karl at university. Years later, while having coffee with a mutual friend, Karl happens to pass by the restaurant they are at and comes over to say hello. The friend introduces them to each other and Park Kelly is elated when, a few days later, the friend calls to say that Karl has asked for her telephone number. As with most relationships with abusive men, when Park Kelly initially goes out with Karl, there is no sign of the monster lurking beneath. He is good looking, relaxed and charming. He works his way into her life and heart. While there are some red flags that he is controlling and has a temper, he is not initially violent. There is the occasional pillow fight where he gets a bit rough, but mostly, he is kind and attentive. Until he is not.

The purpose was not to apportion blame, but to sort out my own complicity and victimisation.

Boiling a Frog Slowly is an exercise in working with memory to relive and process the horrors of what happened to Park Kelly. “Memory is like a basket filled with beads,” she says. “Each incident in our lives is one of the beads. Some are shiny from being picked up often, rubbed with a thumb and looked at. These become almost calcified, unchanging, fixed in our life story. Other memories have fallen to the dusty bottom of the basket. They are there, they happened, but we haven’t picked them out for so long, they’ve faded from our story. But they can be retrieved and held, polished up once more to a glossy shine.”

Park Kelly wrote the book to make sense of what she had been through over the course of an eight-year period. “It was almost like detective work, to track back to the start of our relationship and try to find when it had started and who had started it. I began with questions. The purpose was not to apportion blame, but to sort out my own complicity and victimisation. I needed to find the truth in the mess, to sort through all the words that were doing battle in my head and come to some sort of understanding about the experience.”

In telling her story, we step into her head. We start out being enamoured with Karl. When there are signs that his behaviour is problematic, we hope that things will turn out better. When they don’t, we feel a sense of loss and despair.  “As I wrote,” says Park Kelly, “Something began to grow in me in my search for the truth. It felt like a flame that burned brighter and brighter. I also wrote it for the reader in my head, to explain how insidiously it had happened, to show how small moments can become big, how it is possible to lose oneself gradually in the name of love.”

The book is exactly that — a beautiful love story that turns ugly. It paints a visceral picture of what happens when someone gradually starts to make you doubt yourself, to question who you are. For those concerned about experiencing a sense of trauma in reading about violence, the writing technique is ingenious in circumventing this. While the reader is pulled into the lair of Karl’s darkness, it is the iridescence of Park Kelly’s light — her joy in the simple pleasures in life, her views on the world, the essence of who she is — that shines through.

It became difficult to make decisions. His reality became my reality, as though he had colonised my head.

Gaslighting is a pivotal theme in the book. Karl convinces Park Kelly that she invades his ‘psychic space’. Even when she is doing nothing at all, when she is in the next room minding her own business, he lashes out at her for ‘pulling’ at his mind. His accusations of the attack on his psychic self are cruel. The fact that Park Kelly has to leave home in the middle of night to sit at 24-hour roadhouses, or sleep in her car, so that he can sleep peacefully, is evidence of a deeply narcissistic mind. Park Kelly describes the effects of this gaslighting: “It drove me very close to a kind of madness. I felt like my mind was being torn apart by two realities: his, in which it was all my fault; and my reality, in which I knew it takes ‘two to tango’. My natural default is to want to understand and empathise with others, but in acknowledging and affirming his pain, I abandoned myself. This meant accepting his view that I was insane and psychotic. I began to doubt myself deeply, to doubt my other relationships, my interactions with people. It became difficult to make decisions. His reality became my reality, as though he had colonised my head. There were many nights when I felt lost to myself, when I couldn’t find the truth.”

One of the things that Karl would do to ‘cleanse’ himself of Park Kelly’s ‘pulling at him’ was to spit out saliva, a form of exorcising her. Their flat became a site marked with the residue of hardened saliva. Park Kelly’s turning point was not dramatic or visible. “It’s different for each of us,” she explains. “Unlike in the movies, there isn’t an ‘Aha’ moment when things automatically fit into place. The first step is seeing things for what they are, is to look at the facts of your situation and letting go of any romanticisation or hope that somehow, things will change. My decision to leave formed and strengthened over many months.”

David Whyte, the author of Consolations, reminds us that to be courageous is not necessarily to go anywhere or to do anything. It is to make conscious the things we already feel deeply and then to live through the unending vulnerabilities of its consequences. To be courageous is to seat our feelings deeply in the body and in the world, to be open to the unknown that begs us on. Boiling a Frog Slowly is an effervescent narrative of what happens when we dare to open up to the unknown, to move on. In Park Kelly’s words, “I kept turning to myself. I had reached the end of my tether, and my need to look after myself, to put myself first, was finally stronger than my need to make the relationship work.”

The book is an essential read for understanding the gender-based violence so endemic in our society. DM/ ML

Boiling a Frog Slowly by Cathy Park Kelly is on sale in bookshops across the country. Retail price: R280