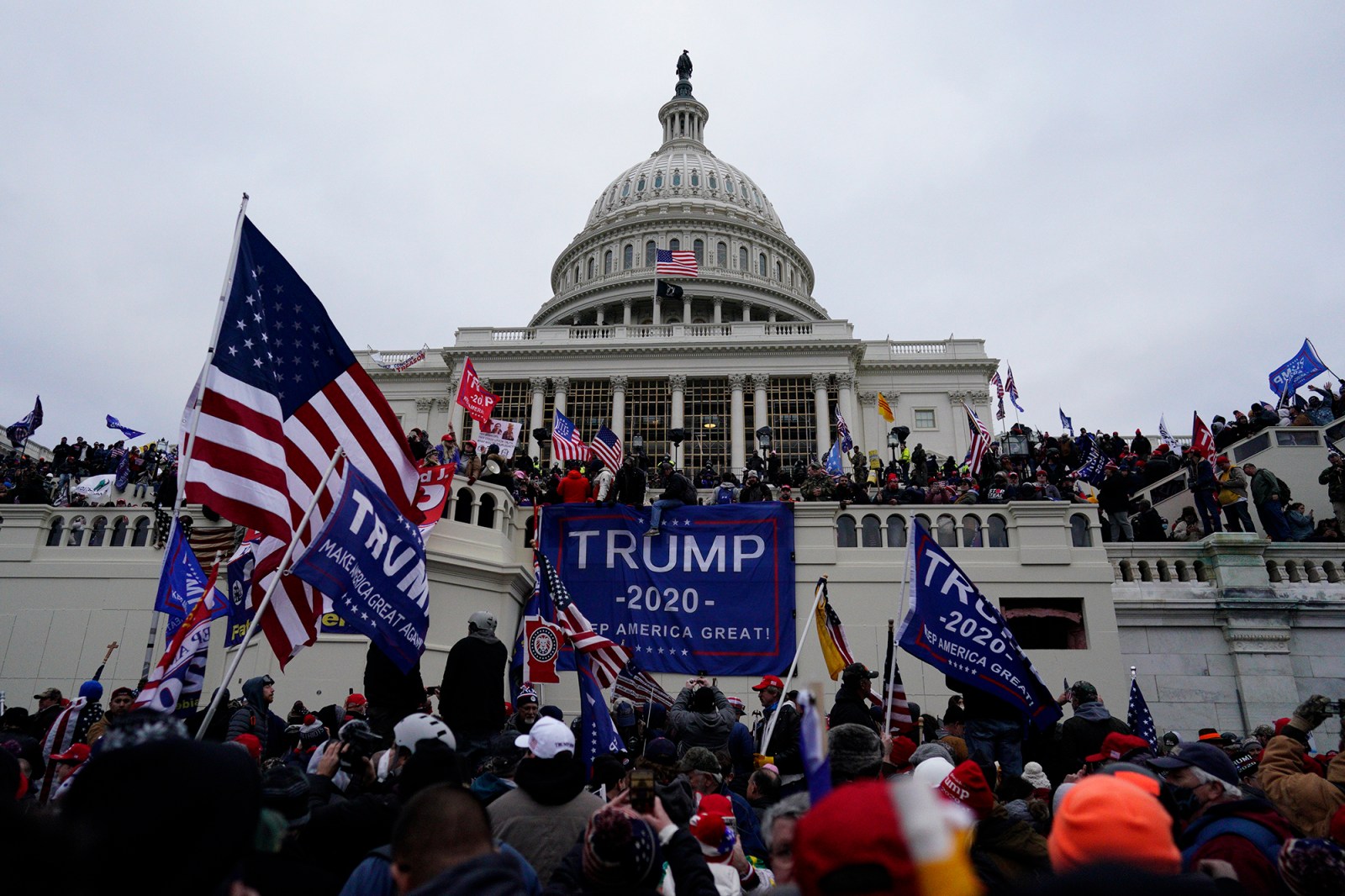 Pro-Trump protesters storm the grounds of the US Capitol, in Washington, DC, USA, 06 January 2021. Various groups of Trump supporters have broken into the US Capitol and rioted as Congress prepares to meet and certify the results of the 2020 US Presidential election. EPA-EFE/WILL OLIVER

WASHINGTON, June 9 (Reuters) - The congressional hearings on the 2021 assault on the U.S. Capitol by Donald Trump supporters will spotlight testimony by the former president's top aides and family members as a House committee seeks to persuade Americans that the riot was an orchestrated attack on democracy.

After almost a year of investigation, the U.S. House of Representatives Select Committee to Investigate the January 6th Attack moves into a new phase on Thursday with a prime-time hearing that will include videotaped testimony from senior Trump White House officials and campaign officials, committee aides said.

“We will be revealing that the violence of Jan. 6 was the result of a coordinated, multi-step effort to overturn the results of the 2020 election and stop the transfer of power from Donald Trump to Joe Biden, and indeed that the former president, Donald Trump, was at the center of that effort,” said an aide, speaking on condition of anonymity to preview the hearing.

The session is scheduled for 8 p.m. EDT (2400 GMT) on Thursday, aimed at capturing the attention of as many television viewers as possible.

The hearing will feature two in-person witnesses, U.S. Capitol police officer Caroline Edwards, who sustained a traumatic brain injury in the attack, and Nick Quested, a filmmaker who captured footage of the far-right Proud Boys group, accused of planning the deadly attack.

Thursday’s hearing is the first of an expected six this month as the Democratic-led Select Committee attempts to reverse Republican efforts to downplay or deny the violence of the day, with five months to go until the Nov. 8 midterm elections that will determine which party controls both the House and the Senate for the next two years.

The committee wants to make the case not just that Jan. 6 was planned with the cooperation of members of Trump’s inner circle, but that there is an ongoing threat to U.S. democracy.

Four people died the day of the attack, one fatally shot by police and the others of natural causes. More than 100 police officers were injured, and one died the next day. Four officers later died by suicide. The Capitol sustained millions of dollars in damage.

Trump has kept up his false claims of election fraud since leaving office.

‘IF WE CAN REACH PEOPLE’

“Our democracy is on more tenuous ground than it was on Jan. 6,” Representative Adam Schiff, one of seven panel Democrats, told reporters on Wednesday. “We will succeed if we can reach people with an open mind, if we can awaken the American public to the threat that still exists to our democracy.”

The major networks NBC, CBS and ABC plan to air the hearing live, but Fox News, a favorite of Trump’s supporters, will not carry it on its main channel.

There are two Republican members on the committee, Representatives Liz Cheney, its vice chair, and Adam Kinzinger. Cheney will join the panel’s Democratic chairman, Representative Bennie Thompson, in making remarks during the hearing laying out the panel’s case.

Trump, who is publicly flirting with another White House run in 2024, has denied wrongdoing and accused the committee of engaging in a political attack.

Some congressional Republicans condemned Trump in the first days after the attack, but since then almost all have shifted their tone.

“This committee is not about seeking the truth. It is a smear campaign against President Donald Trump, against Republican members of Congress and against Trump voters across this country,” Representative Elise Stefanik, who replaced Cheney in Republican leadership, told a press conference on Wednesday.