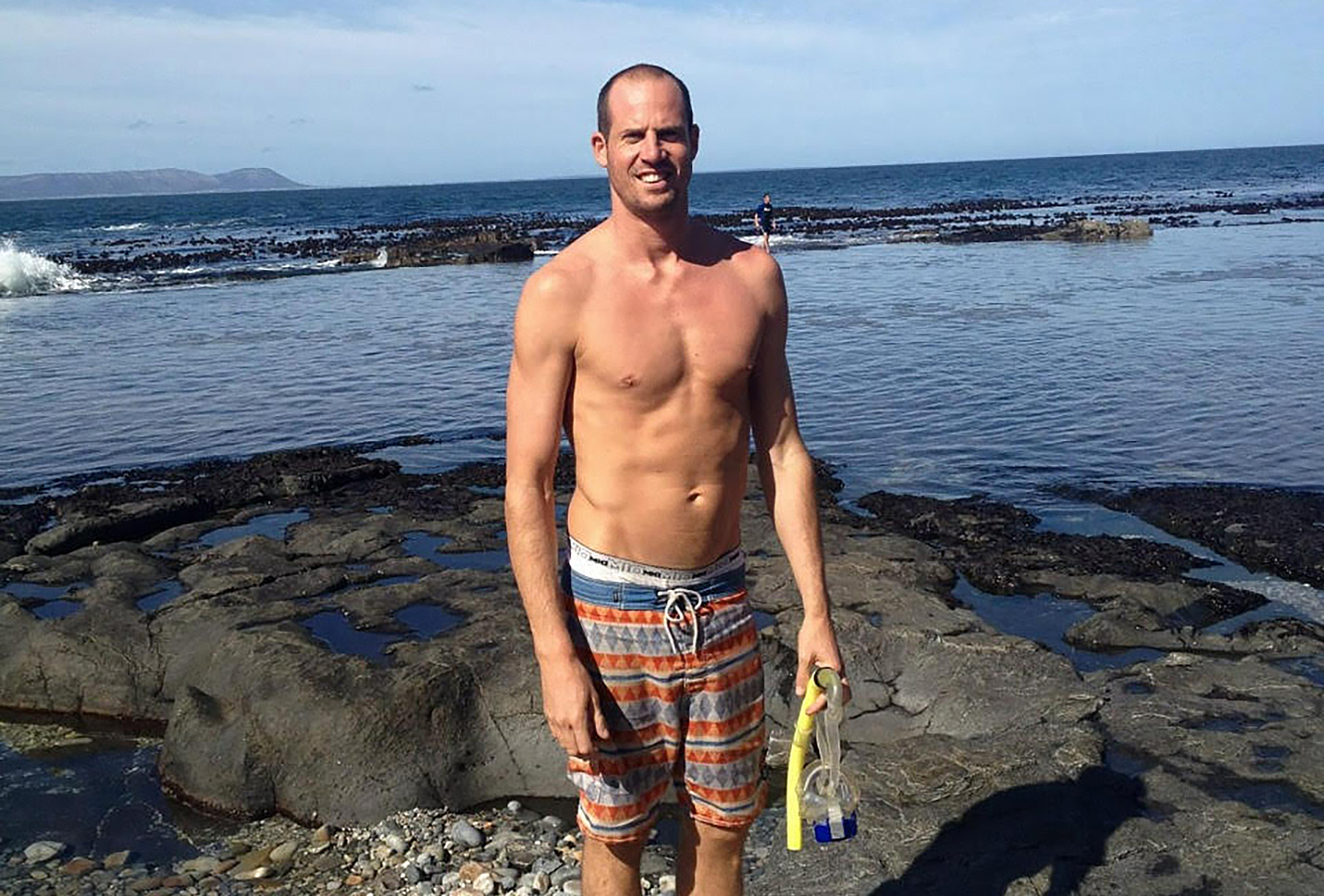 Ryan Halkett has appeared in court on rape and sexual assault charges, while one of his alleged victims has described his arrest as ‘surreal’.

Rape and sexual assault accused Ryan Halkett spent two nights in jail this week after police swooped on his “surf lodge” in central Hermanus on Monday.

The 41-year-old owner of The Hermanus Surf School and Lodge appeared in the Hermanus Magistrates’ Court on Thursday, on charges of rape and sexual assault and was released on bail of R1,000. The Hermanus police arrested him at the lodge on Monday and searched the premises for four hours.

Police spokesperson Frederick van Wyk tells Daily Maverick: “The alleged accused was involved in several rape and sexual assault cases that happened between 2014 and 2022 at his surf shop school in Hermanus. According to reports the victims were all females from foreign countries who attended his surf school on different times and alleged that the accused made them drunk and raped them at his place.”

Van Wyk adds that the case is still under investigation and additional charges will be added as new victims come forward. Halkett would be back in court on 13 July.

Several accounts by young female travellers, mostly from abroad, detail how Halkett allegedly sexually exploited or raped them under the guise of hospitality at the lodge, on a tree-flanked street near Fick’s Pool and Voëlklip Beach.

In September 2021, Daily Maverick published an article outlining the ordeal of two of the women, both of whom had been traveling alone in South Africa.

One woman spoke to Daily Maverick from Lisbon, Portugal, and the other from Florida in the US. At the time they submitted detailed statements alleging that Halkett had isolated and raped them, which they reiterated in separate Zoom interviews. However, they were not able to lay criminal charges from abroad. And since no formal charges had been laid at that stage, his name could not be made public.

However, earlier in 2022, a young woman from the US, who was studying at Stellenbosch University, decided to press criminal charges.

A source close to the matter tells Daily Maverick: “She had the same experience with him. He must have drugged her. Well, he [allegedly] raped her at his bed-and-breakfast. She started Googling and found the article in Daily Maverick, then decided to take it further.”

This week, the woman from Florida, a model and graphic designer, who alleged that Halkett raped her in his bakkie in August 2014 when she was 20, described his arrest as “surreal”.

“Well, I think this is only the beginning now that we can really talk and he’s been arrested. Hopefully more good will come from this,” she tells Daily Maverick.

Johannesburg-based non-profit organisation Koleinu SA has been helping the young women build a case since 2021. Co-founder Wendy Hendler says that, at this point, four young women cite similar ordeals with Halkett, on the record. She tells Maverick Citizen: “We were obviously devastated that there was another victim – this is exactly what we are trying to prevent. So it was just heartbreaking. This is a breakthrough though, as we needed someone in South Africa to open the case here. So the other ladies can join from abroad. We’re not exactly sure in what capacity, if as co-complainants or how exactly it’ll work with them being overseas. But if they all can join the case, then it will be four ladies, all saying the same thing.”

When asked to respond to the allegations last year, Hartlett sounded calm, defending himself via a WhatsApp voice note: “That’s completely false and damaging,” he said. “And also extremely painful that people would say that kind of thing. So ja, that’s my response. It’s not very lekker at all.”

Over the years Halkett has marketed his surf lodge on several digital platforms, and is believed to have created new profiles when existing ones got bad reviews.

He is a recognised figure in Hermanus. In 2021, his lodge’s Facebook page featured pictures taken at the 2021 South African Masters Surfing Championships in Victoria Bay, with the caption inferring that he had represented the Western Cape at the event for 10 consecutive years. In another Facebook post he refers to “girl gang Millie, Tara and Alex”, with photographs of young women posing in wetsuits and swimwear.

Speaking to Daily Maverick in 2021, the woman from Lisbon said she had felt uncomfortable with Halkett from the first surf lesson, as he paid her scant attention in the rough Hermanus waves, while being glued to Instagram, messaging girls: “He was raving about how he was getting with this 20-year-old girl and showing us photos and being like, ‘she’s done this with me in bed’ and ‘she was a virgin’. We were like, this guy’s an idiot, like, obsessed with girls in an immature way.”

In her statement she says that one night, when she was the only guest at the lodge, he forced her to have sex with him, even removing the condom: “I went to bed after dinner, put my PJs on and my face eye mask… A little later, I woke up as I realised he was coming up the stairs. He told me that this was actually his bedroom, and got in bed. I said, ‘no Ryan, your room is outside, I’m staying here, I’m paying for this room’. He started to touch my stomach and I kept saying, ‘no, please leave’. He then proceeded to start having sex with me… This was not consensual.”

Meanwhile, Hermanus’ hospitality community has rallied behind the women, calling for justice in the postcard-pretty town.

After Daily Maverick’s exposé in September, local business leaders, including Bevan Newton Johnson of the Newton Johnson Wine Estate, arranged an anti-gender-based violence demonstration in front of the Hermanus Magistrates’ Court. Hermanus family lawyer Marlene Saayman is supporting the latest victim, saying it is “a privilege as a woman working in law, and a mother of two daughters”.

In 2021, the woman from Florida began contacting other travellers who had stayed at the surf lodge, via Instagram, asking whether they had similar experiences with Halkett. Among 74 screen grabs of the subsequent communication, Daily Maverick counted at least 20 women pointing out questionable behaviour at the hostel.

A male Dutch surfer, who left after working at the surf school for five days, writes: “He was talking about girls all the time, younger girls. Got crazy from his talking. He told me his account got blocked… after [bad ratings from] a French girl whom he touched in her sleep. He told weird things, I was like, dude, I don’t want to hear this. He told me he was really insecure with girls back in the day, but not anymore.”

A young Russian woman from London writes: “He is real idiot. I was just lucky because my boyfriend came next day after. He kept trying to take us out and got aggressive when we said no.”

Halkett is represented by William Booth Attorneys. Responding to queries by WhatsApp, Booth said that Halkett had appeared  in court and had been  released on bail “but I am not in a position to comment on the merits of the case as  (I) must first receive the docket content.” He added that his client denied any wrongdoing.  DM/MC