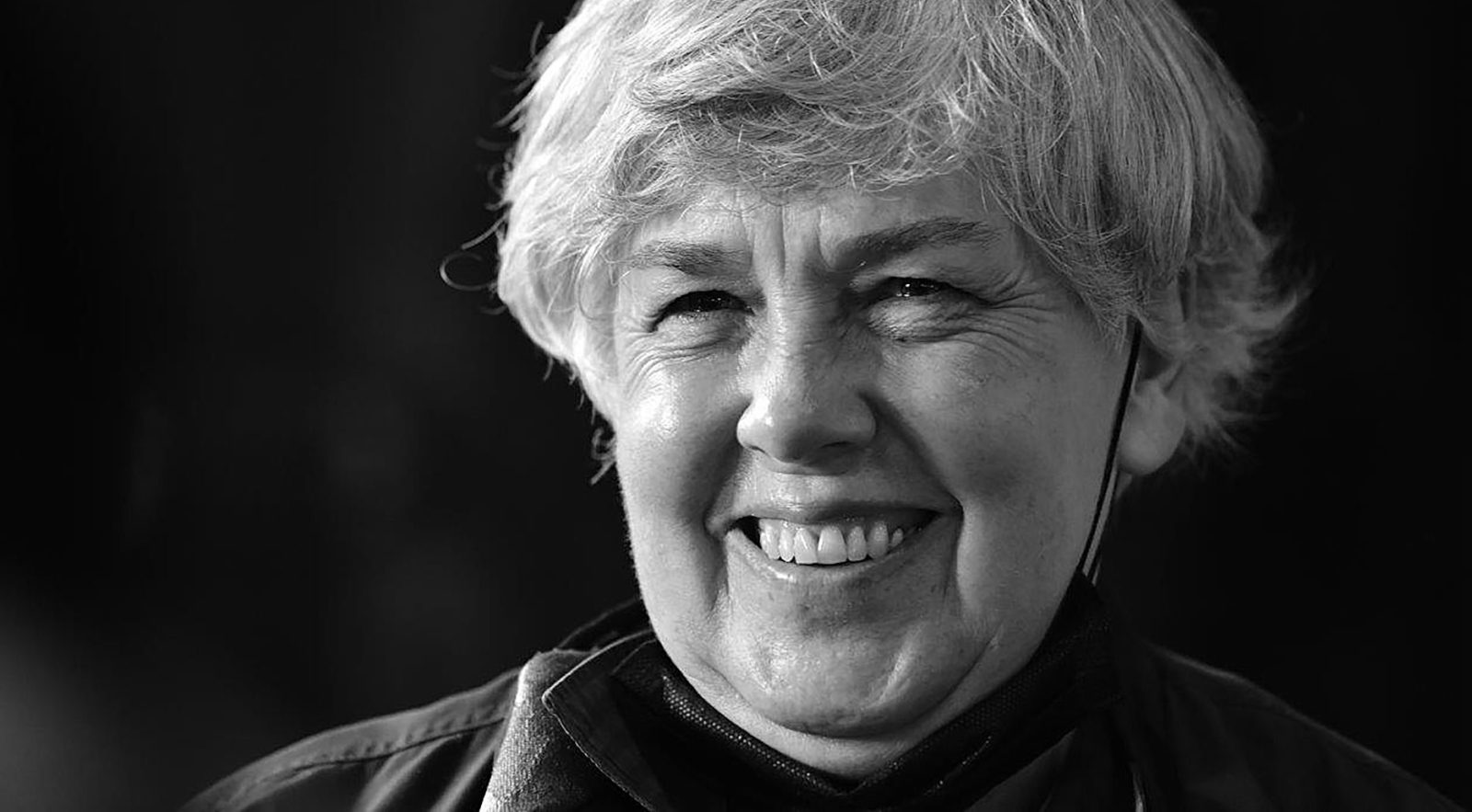 Despite the ordeal of staring down the barrel of a gun, Adèle Kirsten insists that keeping a firearm for self-defence is not the solution.

It was August 2002 when Adèle Kirsten, a nonviolence activist and the director of Gun Free South Africa, felt a gun pressed against her temple after three men hopped over a low wall outside her home in Yeoville, Johannesburg, gesturing with firearms that Kirsten and her sister should hand over their wedding rings.

“It was that typical thing of being taken by surprise by three young men, two who were definitely armed,” recalls Kirsten. “We didn’t have anything on us. We didn’t have cellphones. And they started wanting both our wedding rings.

“To me, it was very clear who was in charge. It was about staying calm and trying to actually connect to this person. Basically, I was imagining they are about as scared as I am. I said to the guy, ‘We don’t have anything here.’ And then, which was risky, my sense was they needed something, so I said, ‘I’ve got some money in the house.’

“I know it sounds strange, but I guess it was just about recognising his humanity. We were in the kitchen … My sister is a fighter and she started resisting the one guy. And I felt the tension rise. The main guy then put the gun to my temple.”

The men left the women physically unharmed, making off with money but leaving their wedding rings. Kirsten filed a case with the police, but their assailants were not caught.

“After that, we did put up a fence and an electronic gate. We’ve lived in this house for 33 years,” says Kirsten, speaking over Zoom from the Yeoville home which she shares with her husband, a sociologist who specialises in the study of violence.

Despite this ordeal, Kirsten insists that keeping a handgun for self-defence is not a solution. She is lobbying for changes to existing South African firearm laws. One of the proposed changes – which she supports – is banning civilians from being able to apply for gun licences for self-defence.

Last year, the Civilian Secretariat for Police (the “Civilian Secretariat”) published the controversial Firearms Control Amendment Bill, inviting public input. Kirsten says close to 120,000 public submissions were made opposing the bill – most of the opposition is for clause 15, which repeals the sections of the current act that allow civilians to apply for gun licences for self-defence.

She explains: “The Civilian Secretariat is an independent oversight body over the police. But it’s also the policy arm of the police ministry.

“So, basically what happened is when they reported to the portfolio committee [on police] in November about the process, the portfolio committee said, you need to consult more broadly. You need to consult with key stakeholders. So, for the last six months from January, until in fact today, they have instituted a range of what they’ve called bilaterals with key stakeholders, which has included trauma doctors from Groote Schuur, has included Naeemah Abrahams, who runs the gender unit at the MRC [Medical Research Council], has included Gun Free SA, the ISS [the Institute for Security Studies], the South African Policing Union … all the gun owners, you know, the dealers, private security, all that jazz.”

Next, the legislation will be handed over to Parliament, where it will be published for more public deliberation.

“We’ve heard fairly categorically that it’ll be pushed into 2023,” she says. “That’s a worry, because is there ever a good time to bring stricter gun laws? We think the sooner the better; what we will be doing in the next six months is lobbying for the bill to come to Parliament sooner rather than later.”

Kirsten co-founded the non-government organisation Gun Free SA in 1995, on the back of the new democratic South Africa. At the time, hope for the country’s future was tinged with uncertainty and fear, with many South Africans reaching to handguns for “self-defence”. Gun Free SA advocates and educates to the contrary, essentially saying that having fewer guns circulating in a society will reduce gun violence in that society.

While the world still reels from news of the May 24 school shooting in Uvalde, Texas, Kirsten points out that the number of gun killings in South Africa is staggering.

“The majority of people who are being shot and killed in South Africa are young men between the ages of 15 and 29,” she says. “About 23 people are shot and killed every day. The young people we work with, for example in Western Cape communities like Atlantis, Mitchells Plain and Paarl East, they’re all very clear. They don’t want guns. They go to sleep hearing gunshots. They wake up hearing gunshots. They know friends who have been killed, they’re tired of it.

“We have an opportunity to create a massive dent in that, essentially by banning handguns for self-defence. Why would you not want to do that? Not only would you reduce your gun deaths significantly, you would reduce your overall murder rates.”

“Evidence should inform policy, not anecdotes or people’s fears. And the evidence is overwhelming that easy availability of guns results in an increase in deaths. Now, we have to be careful to compare oranges and apples. Often people will say, for example, we can’t look at the UK because we don’t have the same socioeconomic political histories. That is true. But the common theme across all countries, irrespective of these backgrounds is, when guns are easily available, you will see an increase in gun deaths.”

Despite strong opposition from firearm lobbies, Gun Free SA played a key part in shaping South Africa’s Firearms Control Act of 2000, which called for more stringent gun control than its legislative predecessor from 1969. Under the act of 2000, the granting of a civilian firearm licence is conditional on a competency test, a background check and an inspection of an applicant’s premises.

However, Kirsten says the majority of illegal firearms in South Africa were originally licensed to civilians and private security companies and ended up in the hands of criminals through loss and theft.

Born to an English mother and Afrikaans father, a civil servant who worked in customs, Kirsten grew up in border towns including Komatipoort, East London and Mahikeng (formerly Mafikeng). Firearms never featured in her childhood.

“I didn’t grow up around guns,” she says. “My father did own a handgun though, which I didn’t know about. I only discovered this fact when he was much older, in his eighties, and he was going into a retirement home and they wouldn’t allow him to take it in. I had the greatest pleasure of taking my father to the police station to help him voluntarily surrender his gun.”

Kirsten matriculated at Lyttelton Manor High School in Centurion in 1975 and then studied speech therapy at the University of the Witwatersrand.

“I was a first-year student at university in 1976 when June 16 [the Soweto uprising] happened. That changed my life. It woke me up to what was going on in the country.”

Kirsten was a founding member of the End Conscription Campaign – which supported young white men who did not want to serve in the apartheid military – and a coordinator for the anti-apartheid organisation the Five Freedoms Forum.

“From my early days of activism, I’ve taken a position of nonviolence,” she says. “So the Gandhian method of nonviolent direct action.”

Kirsten excuses herself from the interview, as she has a meeting scheduled with the Civilian Secretariat. DM