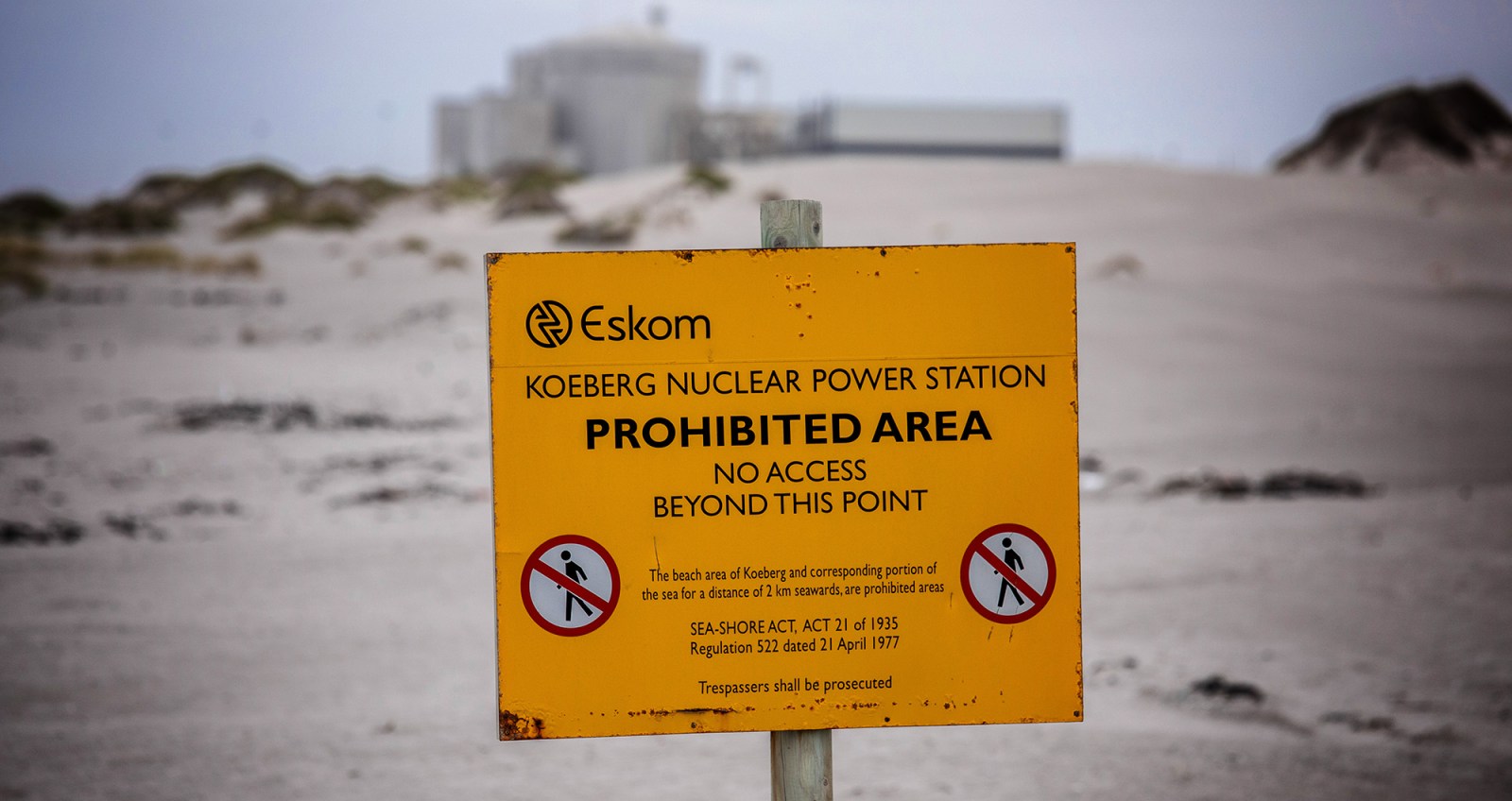 The National Nuclear Regulator has given Eskom a further 12 months to furnish the information it needs to make an informed decision on the suitability of the site for a nuclear installation.

The National Nuclear Regulator (NNR) has thrown out Eskom’s application for a nuclear site licence at Thyspunt in the Eastern Cape, citing “information gaps and outdated data”.

As a result of the lack of credible information, the regulator was unable to make a decision on whether the site was suitable for the proposed nuclear installation.

However, the door has been left open and Eskom has a further 12 months to supply the necessary information, upon which the regulator will continue with its review and assessment of the application.

This news has been greeted with relief by Outa, which opposed the application.

“This application needed to be sent back and we are satisfied with the decision of the regulator,” says Brendan Slade, Outa’s project manager for energy.

“What is inexplicable is why Eskom even submitted it, knowing there were gaps in the information supplied. This is nuclear — there can be no compromises and no shortcuts.”

Thyspunt, which is near St Francis Bay in the Eastern Cape, and Duynefontein, next to Koeberg in the Western Cape, became household names in 2015 when Eskom proposed them and two other sites as possible future locations for the country’s mooted nuclear build.

At about the same time in 2015, Cabinet gave the then Department of Energy the go-ahead to issue a Request for Proposals for the 9.6GW nuclear new build programme.

The new capacity would supply 23% of the country’s electricity and it was estimated that the first reactor would come online in 2023.

With this in mind, Eskom CEO Brian Molefe submitted the licence applications for Thyspunt and Duynefontein to the NNR.

All these processes stalled in April 2017, after the Western Cape High Court ruled that the government’s decision to call for proposals for the procurement of 9.6GW of nuclear energy was unlawful and unconstitutional.

All went quiet until June 2020, when Minister of Mineral Resources and Energy Gwede Mantashe issued a non-binding Request for Information on building 2.5GW of new nuclear power.

While the procurement of new nuclear power isn’t strictly in South Africa’s current energy plan (the Integrated Resource Plan 2019, published in October 2019), the plan does contain a clause (Decision 8) that enables the “commencement of preparations” for a smaller 2.5GW nuclear build programme, “at a pace and scale that the country can afford because it is a no-regret option in the long term”.

In November that year, Mantashe applied to energy regulator Nersa to concur with a determination (authorisation) in terms of Section 34 of the Electricity Regulation Act that South Africa needs another 2.5GW of new nuclear power.

In August 2021, Nersa concurred with the minister’s determination.

In 2021, Eskom dusted off its plans to use Thyspunt as the site for a new nuclear power station and reignited the application process.

“As the owner and operator of nuclear plants, [it is our duty] to ensure that sites to build future nuclear plants are available and authorised,” says Eskom spokesperson Sikonathi Mantshantsha.

The utility was satisfied with the work of the NNR, he said. “We will carefully review the outcome of the NISL [Nuclear Installation Site Licence] application by the National Nuclear Regulator and make an assessment to check if there are any other issues that may require further attention. Once this has been done, Eskom will make an informed decision on the way forward.”

However, the minister is determined to press ahead.

In May this year, News24 quoted Mantashe as saying: “If you resist nuclear and you [are] a board member, I fire you, simple. You can’t be in a board of something you’re not advocating for. We want nuclear there in Port Elizabeth.”

Presumably, this was in reference to Peter Becker, who was fired as a member of the NNR for his interrogatory stance towards his responsibilities as a board member, and who is challenging his dismissal.

The department says it wants to start procurement sooner rather than later so that a new nuclear power station can come online after 2030. BM/DM