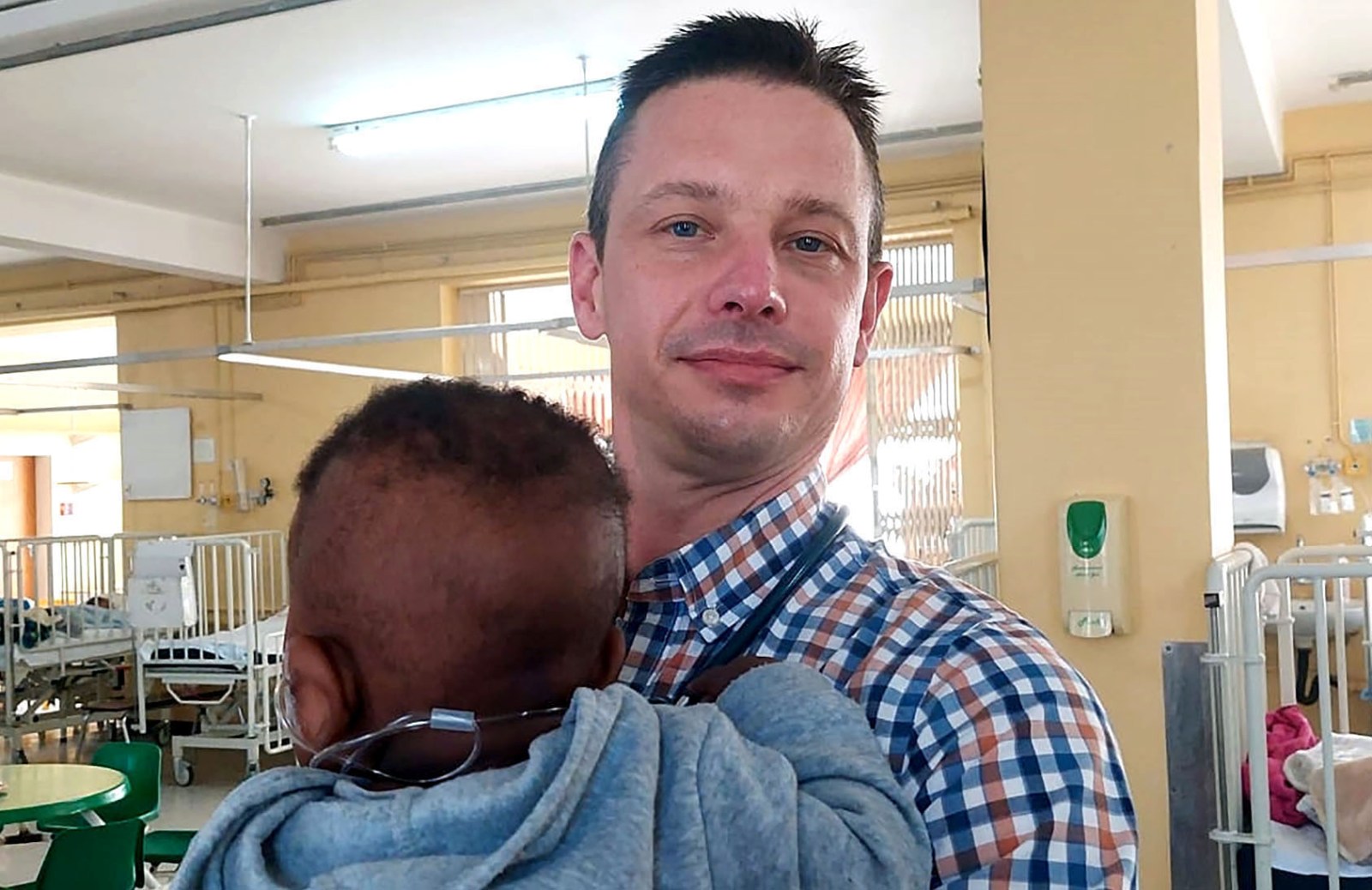 Social media and WhatsApp networks of doctors expressed shock, dismay and anger at the news that doctor who exposed the shocking state of children's healthcare at the Rahima Moosa Mother and Child Hospital had been suspended.

Dr Tim de Maayer, the paediatric gastroenterologist who wrote an open letter to administrators at the Gauteng Department of Health, which was published by Daily Maverick on 22 May, has been placed on precautionary suspension with immediate effect, according to doctors at Rahima Moosa Mother and Child Hospital in Johannesburg.

However, on Thursday night, as outrage grew, Premier David Makhura intervened, telling Maverick Citizen: “I’m waiting for the report from the MEC on this matter. I will never approve any act of intimidation or victimisation of professionals and workers who speak out where things are going wrong. We need more such people in the public service.”

He added later: “The head of department is intervening on the matter. [The] CEO took the decision.”

The letter raised huge public concern about the state of Gauteng hospitals as well as strong support from fellow doctors and the public for De Maayer’s willingness to speak out. Even the Presidency is believed to have asked the Gauteng Department of Health (GDoH) and the hospital for an explanation.

When we published the letter, we explained in an accompanying editorial note:

“This article is a cry from the heart.

“It arises from moral injury occasioned by silence, from a doctor’s Hippocratic oath and after years of unsuccessful efforts by healthcare workers at Rahima Moosa Mother and Child Hospital to have the problems it describes attended to.

“Knowing the risk of victimisation for speaking out, careful consideration and discussion with peers accompanied the decision to publish.

“The best response of the Gauteng Department of Health and the hospital CEO to the article would be to admit and urgently fix the problems it raises, not shoot the messenger.”

It seems the GDoH chose to shoot the messenger.

How the night unfolded

Doctors who work in the paediatric section of the hospital say they first learnt of De Maayer’s suspension when he wrote to them on Thursday night informing them that he would not be able to perform his clinical duties today (Friday) and for the foreseeable future, but not giving any reason why.

However, an 8pm letter sent by an anxious doctor to Daily Maverick’s editor-in-chief, Branko Brkic, stated: “We found out this evening [Thursday] that he has been suspended by the CEO. As the only paediatric gastroenterologist, with phenomenal patient care, it will be the patients that suffer. Please contact me if there is anything we can do or write to make this public knowledge. The suspension is an unacceptable response to the unveiling of the truth regarding the unacceptable conditions we work with daily. We ask for your help.”

On Thursday night, De Maayer was unwilling to comment or confirm his suspension.

In response to a request to confirm that he had been suspended and whether the MEC for Health, Dr Nomathemba Mokgethi, had known about it or authorised it, Kwara Kekana, the spokesperson for the Health MEC, said she would “check with the facility”.

In a statement released later in the evening, Kekana said the MEC had been made aware of the suspension. Mokgethi would engage the hospital management on the matter, said Kekana, adding that the department acknowledged the issues raised by Dr De Maayer.

The suspension comes as a surprise. Although the Gauteng Department of Health reacted defensively to De Maayer’s open letter, issuing a statement on 24 May denying that the situation at Rahima Moosa hospital was as bad as he depicted, they have not criticised him directly.

Indeed, in a discussion this writer had with Premier David Makhura last week during the launch of Gauteng’s anti-corruption report, the premier said he had read De Maayer’s letter and had told officials the provincial government needed to address the issues he raised, rather than attack the messenger.

It is believed that the GDoH is at an advanced stage in negotiating a new Memorandum of Agreement with Wits University concerning their respective roles in the Gauteng health system. The previous one expired in 2015. De Maayer holds a joint post with Wits University and Gauteng health so his suspension is hardly the signal the cooperating partners would want to send. Indeed, at the time the open letter was published, both the dean of the Faculty of Health Sciences, Professor Shabir Madhi, and the vice-chancellor of Wits, Professor Zeblon Vilakazi, publicly stated their support for him.

Last night Madhi was once again categorical in his support.

As the night progressed, social media and WhatsApp networks of doctors expressed shock, dismay and anger at the news. On one of the networks, Professor Ebrahim Variava, who was suspended (and then reinstated) two years ago for speaking out, wrote:

“Welcome to the club. As clinicians and patient advocates, we have tried using all means within the Dept. Trying to highlight and suggest solutions to challenges faced. Yet, always failing due to poor planning led by incompetent leaders.

“So after all efforts within the system and one fails, and in the public interest, brave clinicians should always highlight issues which adversely affect care — the weapon those responsible for poor services use seems to be cautionary suspension.

“This creates fear amongst those working in the public sector — creating a conspiracy of silence!”

A Withdraw the Suspension petition was launched at 8pm and attracted 1,500 signatures in the first hour. Some senior doctors are talking about organising protests on Friday.

This is an ongoing story. DM/MC