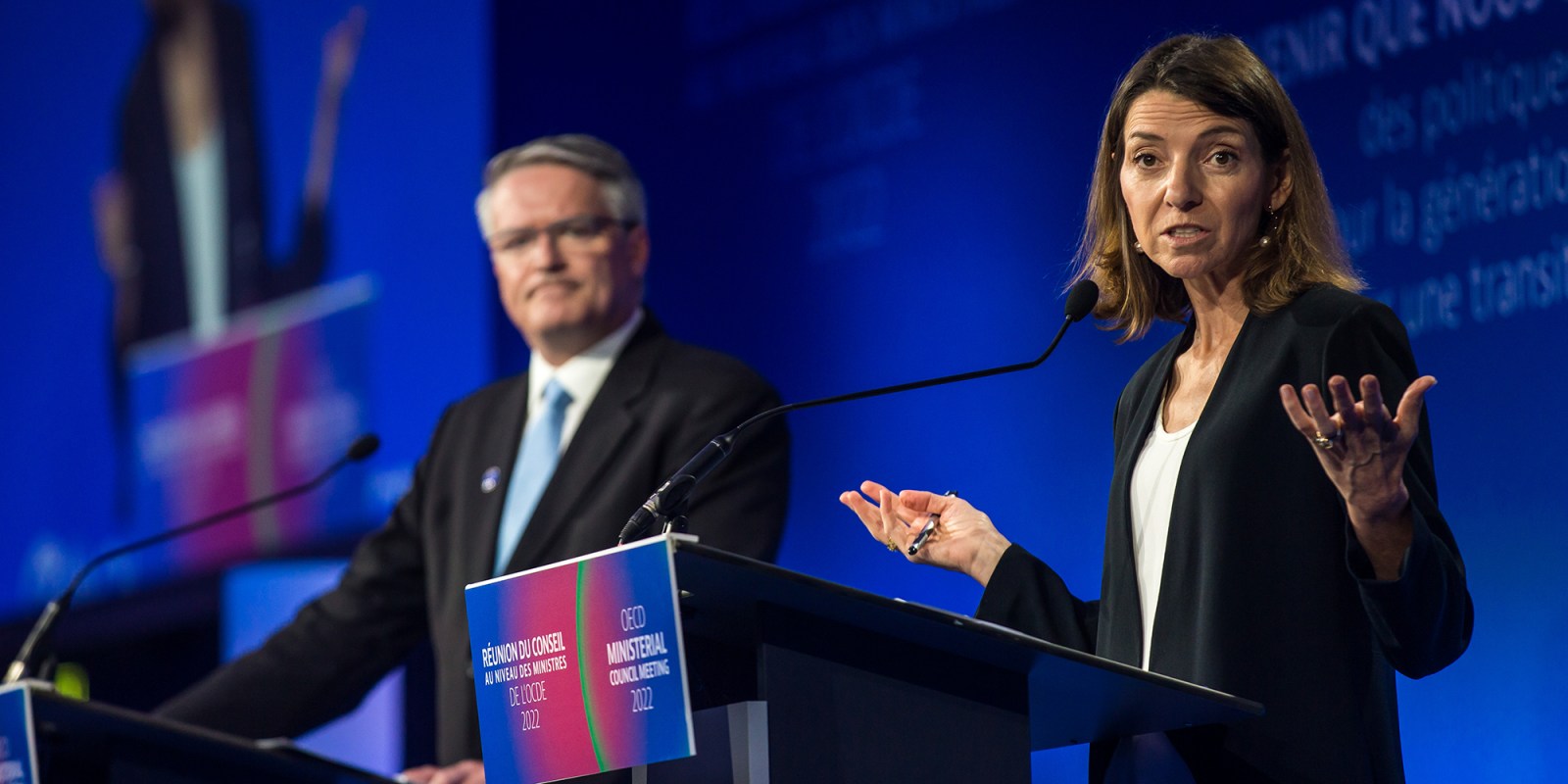 The OECD’s midyear economic outlook doesn’t make for easing reading. But it does suggest a way out of the mire: sharing, cooperation and open trade to alleviate food shortages, spread the load of inflation and fast-track the energy transition. Amid the doom and gloom, there are some signs that things may not end up being as challenging as they seem right now.

It’s an extremely rare occasion when you see a graph like the one below, which highlights just how significantly the world’s macroeconomic fortunes have deteriorated in just six months. 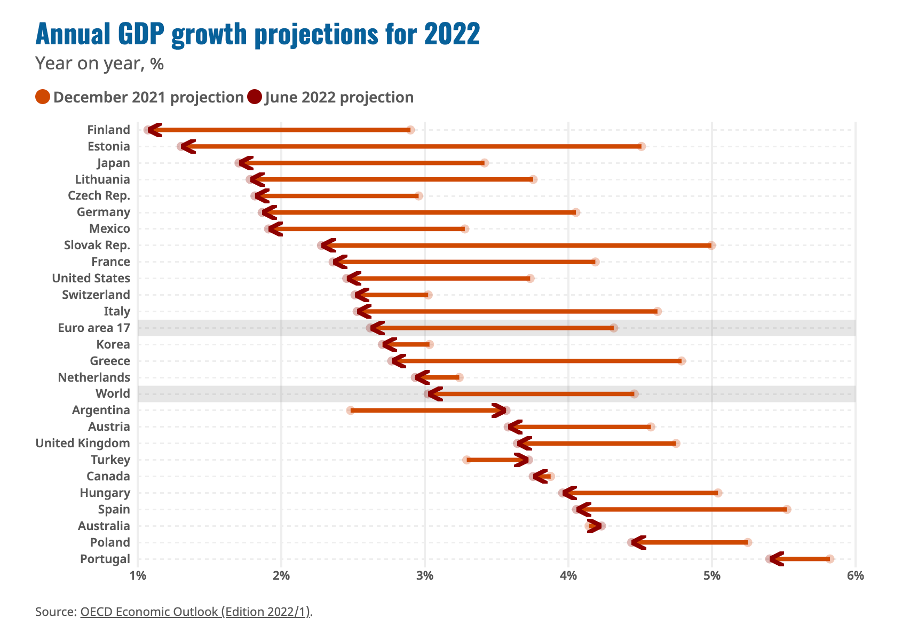 The source of this depressing news was the Organisation for Economic Co-operation and Development (OECD), which published its midyear Economic Outlook this week, adding to the general sense of gloom and foreboding by slashing its forecast 2021 growth rate for its 38 member countries to 3% this year from 4.6% in December last year.

Even more alarming was that it doubled projected inflation this year to 9% – just shy of double-digit annual price inflation.

Its prognosis for South Africa, “The recovery is under way but risks are on the downside”, was marginally more upbeat, with growth prospects seen as having improved to 1.8% this year and 1.3% next year.

On the downside, it sees South African headline inflation rising to the upper limit of the Reserve Bank’s target band this year before declining next year – and then only if global prices begin to decline. Ongoing rolling blackouts and a new wave of Covid would also mar the outlook.

In the report, OECD Chief Economist and Deputy Secretary-General Laurence Boone vividly spells out the price the world economy has paid for Russia’s aggression in Ukraine and how dependent the outlook is on its trajectory.

“The extent to which growth will be lower and inflation higher will depend on how the war evolves, but it is clear the poorest will be hit hardest.

“The price of this war is high and will need to be shared.”

By sharing, Boone means globally cooperating to, first, avert a food crisis; second, to balance the impact of inflation across people and companies, and, third, to materially accelerate the energy transition.

On the food side, it would mean worldwide cooperation to get food to where it is needed “at affordable prices”.

“This may require more international aid as well as cooperation in the logistics of shipping and distributing to countries in need,” Boone says. That will be no easy feat, as he reminds us.

“The flaws of global vaccine distribution are still fresh in our memory. Let’s not repeat them.”

To alleviate the impact of inflation on real incomes, savings and purchasing power, governments would need to play a role by supporting “those most vulnerable to rising food and energy inflation”.

Then, to move away from the “stark scramble” for alternative sources of fossil fuels and reversion to using coal necessitated by this year’s energy crisis, countries would need to invest heavily in clean energy sources if they are to get back on track in their efforts to mitigate climate change.

“The war has exposed how energy security and climate mitigation are intertwined,” he says, with the prescient bottom line that the cleaner we want our energy to be, the more reliant we will be on sustaining open trade and putting in place resilient global value chains because, he notes, the mineral and intermediate material inputs “come from all over the planet”.

The hard work that lies ahead would certainly be more bearable should some of the potential tailwinds that could help lift the macroeconomy materialise.

One of these could be the double-edged sword of China’s anticipated rebound in the second half of the year. While its renewed appetite for oil and other commodities could add upward pressure to prices globally, an uptick in the pace of growth in the world’s second-largest economy would have positive spinoffs for the rest of the economy.

Of course, the tailwind that would have the biggest impact on the global economy would be an easing in inflation – and there are those who still argue that we are already seeing forces at play that will put downward pressure on prices.

The most visible of these are the inventory stockpiles that have built up as a result of retailers stocking up more than needed, concerned that they may not be able to get hold of the goods as a result of the snarl-ups in worldwide supply chains.

With growing evidence that consumer demand is shifting away from spending on goods during the pandemic to services – as mobility returns to normal and consumers focus their spending on travel, eating out and entertainment – retailers may have to discount prices to offload their excess inventories, alleviating some of the price pressures contributing to decades of high inflation.

Latest results released by Walmart, Target and Abercrombie & Fitch in the US highlighted these dynamics.

At home, however, Spar results gave an indication of the extent to which South African retailers are experiencing the pressure of inflation in their businesses, highlighting that it’s still too early to bank on any good news on the inflation front.

With the balance of evidence still pointing to tough times ahead, it’s easy to get despondent about the outlook for the world economy.

However, there are so many unknowns – such as when the war will come to an end, whether China’s economy will reawaken and how consumers and companies will respond to the forces at play – that it’s worth celebrating any promising signs that come our way. BM/DM