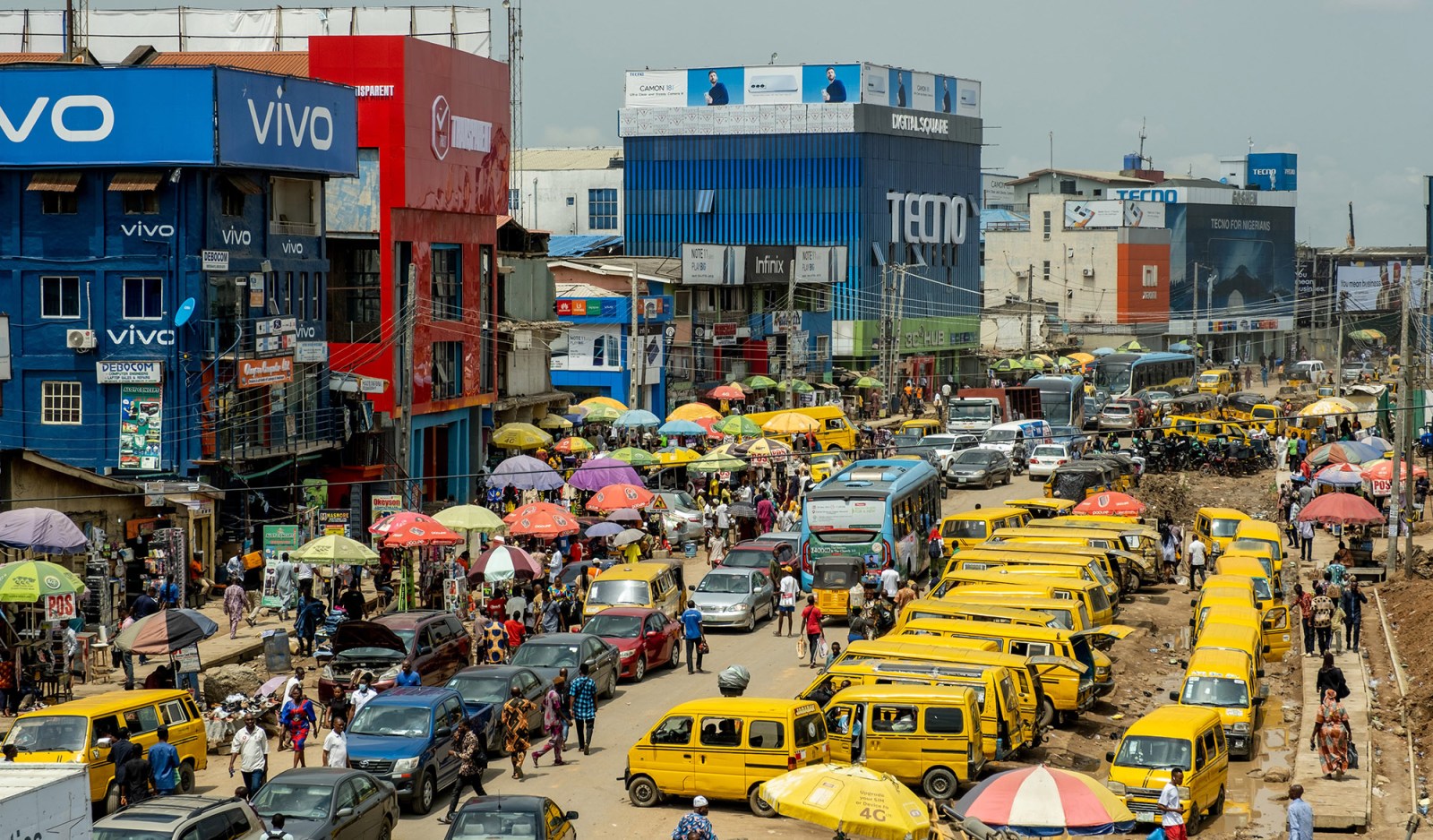 Taxis on the roadside opposite stores in the Ikeja district of Lagos, Nigeria. (Photo: Damilola Onafuwa / Bloomberg via Getty Images)

The provision of accurate data on trading conditions in sub-Saharan Africa could unblock a $70-billion trade opportunity for companies in the region, as well as investors. Standard Bank has stepped up to fill what it says is an information vacuum.

Economies in sub-Saharan Africa have struggled to regain their growth momentum after Covid-19. The region is not rising, nor collapsing, but it is decelerating, says Dr Albert Zeufack, the World Bank’s chief economist for Africa.

Beyond the short-term shocks inflicted by the pandemic and Russia’s invasion of Ukraine, reviving Africa’s fortunes requires deeper structural changes that will transform subsistence agriculture, support the creation of smart cities and accelerate maths and science education. These objectives seem so Herculean that they often lead to paralysis.

However, recognising that trade is Africa’s heartbeat and that stimulating trade would drive economic growth, it’s possible to ask a smaller, more targeted question: what can be done to stimulate trade?

One answer, from Standard Bank, is to provide business owners, investors and policymakers with detailed information on trade happening across the region. The result is the inaugural publication of Standard Bank’s Africa Trade Barometer, which will be released biannually.

“Trade is deeply rooted in Africa’s DNA and integral to its history and future development,” says Philip Myburgh, head of Trade and Africa-China at Standard Bank.

Current geopolitical volatility highlights the importance of cross-border and regional African trade, he says. Food inflation in Africa as well as outright shortages of African staples such as wheat underline the urgency of building much closer economic cooperation across the continent. Trade offers Africa the opportunity to offset supply chain shocks while managing the worst effects of inflation, high interest rates and currency depreciation.

“Insight is key to leveraging trade to build resilience,” he says. “In a world of disrupted local and global supply chains — and on a continent with significant development and infrastructural challenges — businesses face an array of both new and perennial risks. Understanding and resolving pain points in this landscape requires insight.”

In addition, qualitative and quantitative intelligence gathered from 2,400 firms representing SMEs, large family businesses, corporates and multinationals across all 10 economies has been analysed and augmented with data from the World Bank, the International Trade Center and the central banks of individual countries.

“What we have is a set of data that tries to understand and identify the challenges and opportunities facing companies in Africa,” says Haroon Bhorat, professor of economics and director of the Development Policy Research Unit at UCT.

This includes company views on import and export growth prospects, country border and customs efficiencies, degree of challenges affecting trade, business confidence, ease of access to credit, quality of trade and transport-related infrastructure, infrastructure obstacles, ease of trade with foreign markets and government support on trade, among other issues. Research among the firms revealed that while turnover declined during the height of the Covid-19 pandemic, confidence is positive, tempered by concerns, particularly in Ghana and Nigeria, about decreased demand, increased operating costs and operating challenges.

Power — or the lack of it — is a major constraint to business in all countries but Namibia, with Nigeria and Tanzania suffering the most. The lack of other adequate infrastructure is an obstacle that companies simply work around.

While almost half of the businesses surveyed are importers, just 14% export any kind of product, and when they do it’s usually into the rest of Africa. China, unsurprisingly, is the largest source of imports across the region, but the smallest receiver of exports.

It’s not surprising that export trade is limited, as most businesses cite tariffs as a severe obstacle when trading with both the rest of Africa and the rest of the world. Forex restrictions, customs and trade regulations, customs requirements and import/export bans are other limiting factors.

The barometer has produced a series of three ranking measures which give businesses, policymakers and investors the ability to evaluate countries according to different measures. These include the Africa Trade Barometer (this aggregates the scores collected from existing secondary data sources and primary research firm surveys); the Quantitative Trade Barometer (the average of all the selected indicators collected only from existing secondary data sources/reported facts); and the Firm Survey Trade Barometer (the average of all the data collected only from the primary research surveys conducted with 2,500 businesses). 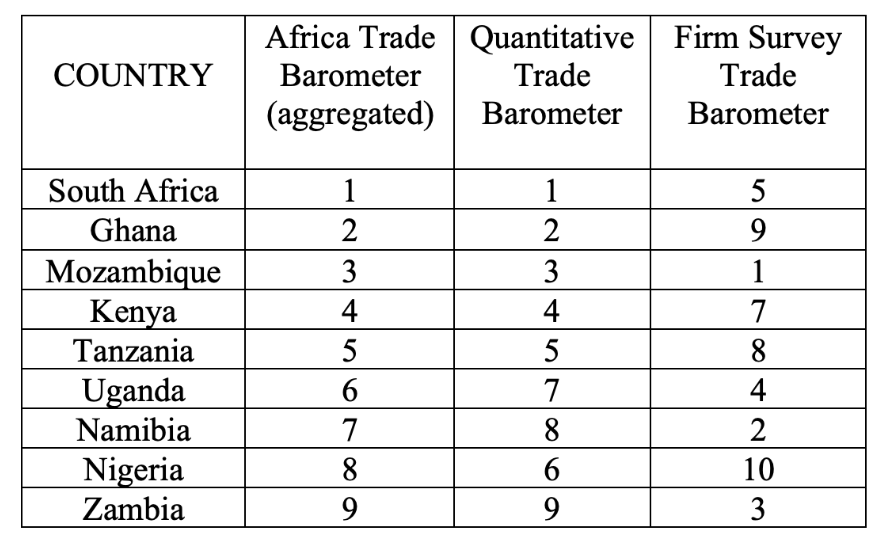 On the aggregated index, South Africa ranks best for business owners, but when it comes to what they say themselves, Mozambique, Namibia, Zambia and Uganda rank ahead of South Africa. DM/BM