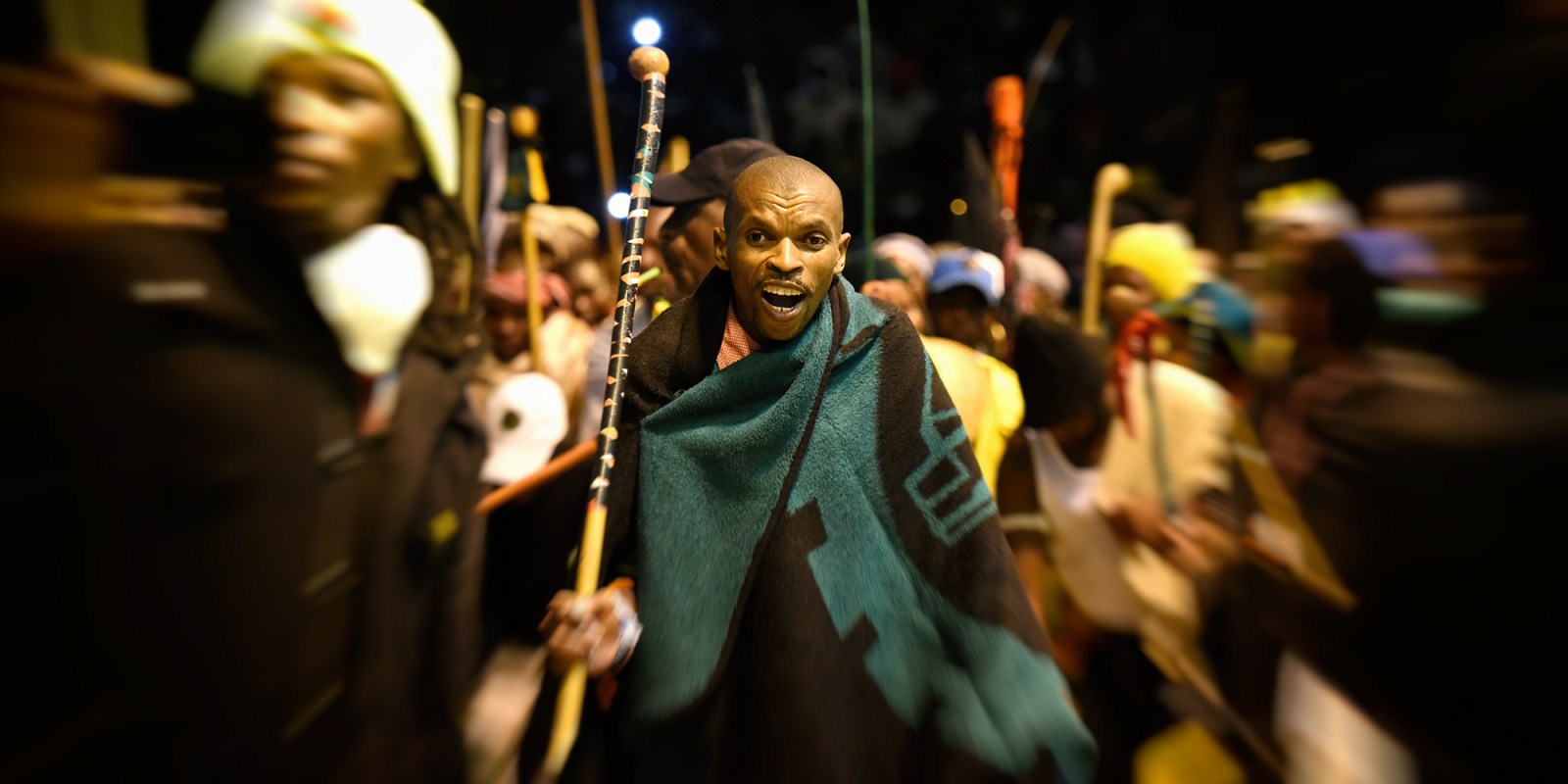 Members of the Association of Mineworkers and Construction Union and National Union of Mineworkers working at Sibanye-Stillwater gold mine gather at Driefontein on 9 March 2022 in Randfontein, South Africa. (Photo: Gallo Images / City Press / Tebogo Letsie)

The strike at the gold operations of Sibanye-Stillwater by members of the National Union of Mineworkers and the Association of Mineworkers and Construction Union is still not over. After a broad agreement was tentatively reached, multiple sources have told Business Maverick that various clauses are still being contested behind closed doors.

The Sibanye gold strike that has dragged on for three months was supposed to end this week. But the devil is in the detail – and Business Maverick understands from several sources that snags have been hit over various details and that an exasperated Commission for Conciliation, Mediation and Arbitration (CCMA) has even threatened to pull out.

It is revealing that no signing ceremony has yet been held and no formal agreement set in stone.

“Parties aren’t agreeing at all. CCMA commissioners are even threatening to withdraw,” one source told Business Maverick.

The only specific clause that has been mentioned to Business Maverick is the R3,000 once-off hardship payment. Sibanye has offered this to the lowest-paid part of the workforce – categories 4 to 8, in mining lingo – while the unions are demanding it be extended to mine workers, artisans and officials.

There is also apparently haggling over pension, medical aid and overtime issues.

It does seem odd that after a broad mandate was agreed – and Business Maverick understands some issues were ironed out at the shop floor level months ago – obstacles still remain. Typically, once the wage mandate has been agreed, the documents get signed and everyone goes back to work.

Inflation is currently running at 5.9% and expected to pick up pace as food and fuel prices surge, and this is clearly one of the factors currently driving wage expectations.

The strike remains free of violence, not least because the National Union of Mineworkers (NUM) and the Association of Mineworkers and Construction Union (Amcu) have ceased their hostilities and are working together under an informal umbrella known as “Numcu” or “Numco”.

The strike now looks like it may or may not end this week, but the hostility between the unions and Sibanye bodes ill for upcoming wage talks at the company’s platinum operations. DM/BM