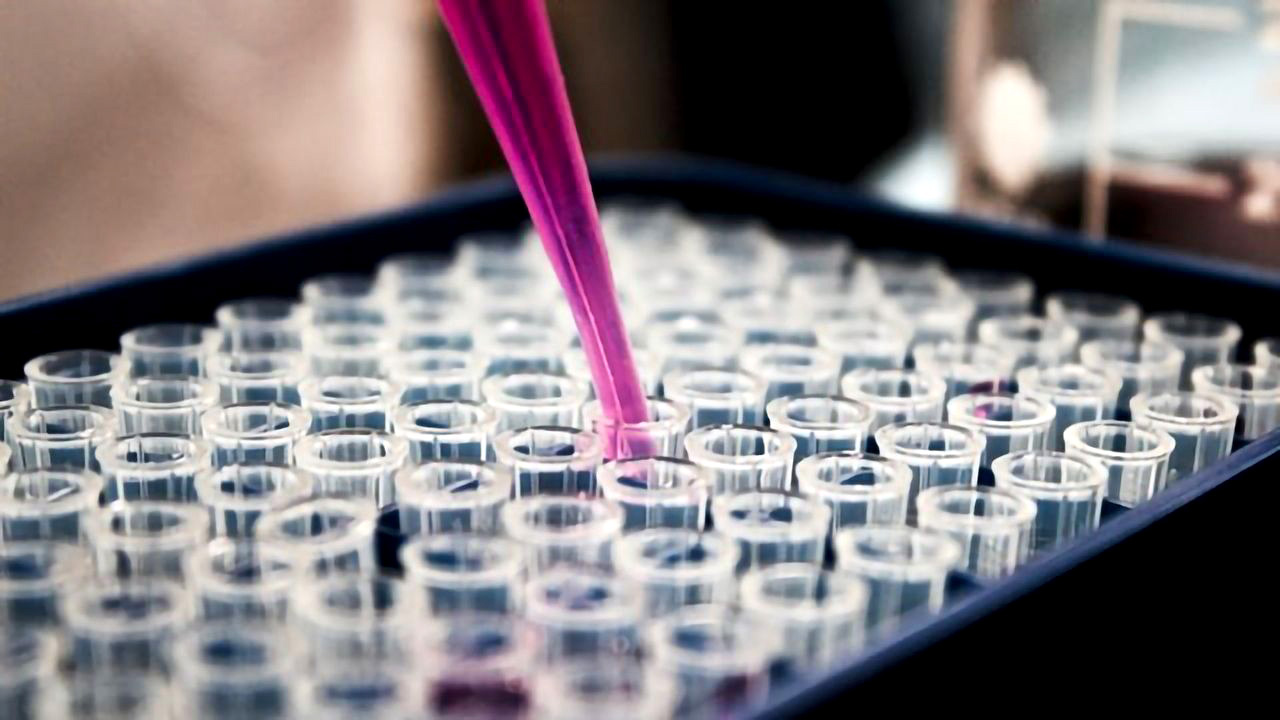 Under a new tuberculosis diagnosis strategy, people considered to be at high risk of TB are offered molecular TB tests, even if they do not have any symptoms. A landmark study in 2020 showed that such a strategy can help diagnose more people more quickly. (Photo: technologynetworks.com / Unsplah)

There are early indications that targeted universal testing is already working well under real-world conditions.

Under a new tuberculosis (TB) diagnosis strategy, people considered to be at high risk of TB are offered molecular TB tests, even if they do not have any symptoms. A landmark study in 2020 showed that such a strategy can help diagnose more people more quickly. Now, early indications are that it also works in the real world and South Africa’s lab service says it can cope with the increased demand.

The strategy, called targeted universal testing (TUT), involves routinely offering TB tests to people living with HIV, household contacts of people with TB and people who have had TB in the last two years – all groups considered to be at increased risk of TB.

In March last year, Spotlight reported on a cluster randomised study conducted in South Africa in which TUT was found to improve TB case detection by 17%.

Though the exact number is highly uncertain, experts estimate around 150,000 TB cases per year go undiagnosed in South Africa. Dr Norbert Ndjeka, the director of drug-resistant TB, TB, and HIV in the National Department of Health, in March told Spotlight that 208,000 cases of TB were diagnosed in 2020.

The department aims to increase this to close to 300,000 in the 2022/2023 financial year. Ndjeka lists TUT as one of the interventions that will help diagnose these 92,000 additional cases. Ndjeka also told Spotlight in March that several TUT pilots have been conducted in Global Fund-supported districts and that the wider scale-up of TUT in the public healthcare system started in April this year.

A report on the TUT pilots is expected in the coming months, as are new TB screening guidelines that will include TUT.

While we wait for the more systematic and robust evidence that the reports on the TUT pilots will hopefully provide, there are some early indications that TUT is already working well under real-world conditions, as opposed to the more controlled environment of a clinical trial.

Think TB (an NGO) is running the TUT programme in four districts in KwaZulu-Natal – uMgungundlovu, uMkhanyakude, Amajuba and uThukela. Lynette Duckworth, Think TB’s technical lead, explains that the programme provides technical support to the four districts as well as a team of 36 nurses that are supporting the Department of Health at facility level.

Duckworth says there has been good uptake of the TUT strategy at the 59 facilities they support.

“In the last six months, we ensured that 2,087 newly diagnosed HIV clients; 1,532 HIV positive pregnant women newly enrolled in antenatal clinics and 2,274 household contacts were tested for TB. From this strategy (TUT), 56 household contacts of TB patients were diagnosed with TB,” she says.

In the uMkhanyakude district, the number of people investigated for TB increased from 3,856 in March 2021 to 8,999 in March 2022 –  an increase of 133%. Similar comparisons for the other districts are not yet available, since Think TB only just started supporting them.

In the Western Cape, TB/HIV Care (an NGO), is also seeing positive early signs. Amanda Fononda, TB HIV Care’s TB programme director, says their programmatic data suggests that the TUT strategy is particularly effective in diagnosing TB in children under five years old. Between various groups, she says, the yields range from 6% of all those tested testing TB-positive to 43% testing TB-positive. 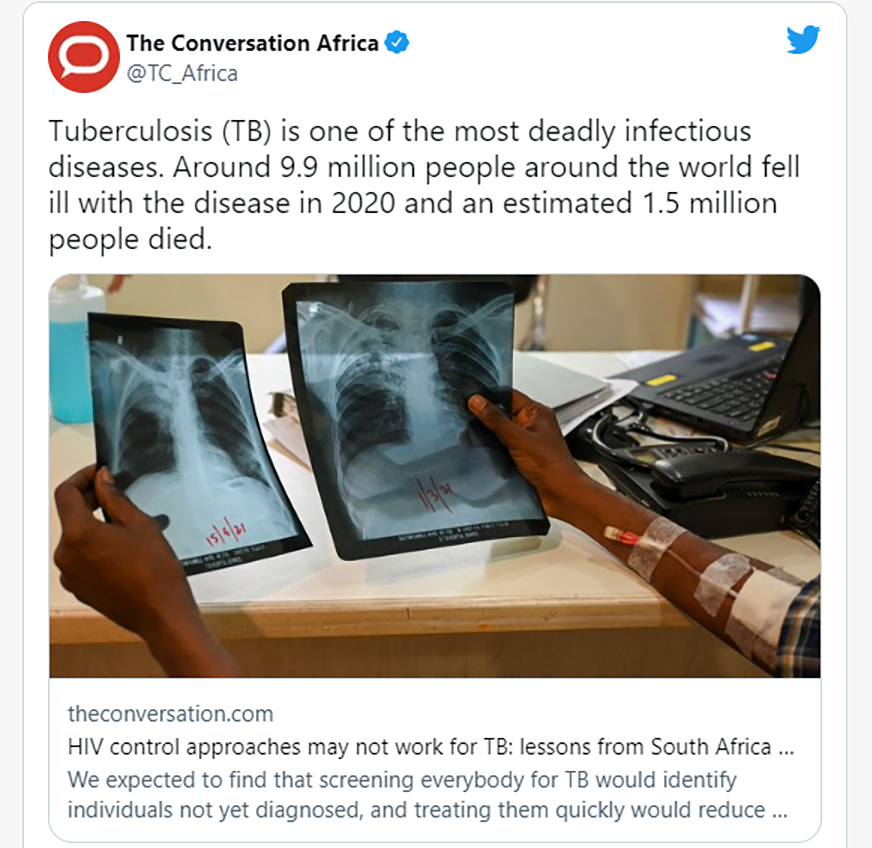 She explains that TB/HIV Care focal nurses review the registers of high TB burden facilities and identify clients who are at increased risk of TB (as per the three standard TUT criteria).

“The list is then shared with the community-enrolled nursing assistants who go to the household for screening and on-the-spot sputum collection. This sputum specimen is then brought to the facility or sent to a laboratory for testing. The nursing assistants are responsible for tracing all patients who are diagnosed with TB but not started on treatment as well as those who have interrupted treatment,” she says.

Fononda says people approached for TB testing have the right to refuse but are usually willing to test if the process and reasoning behind it are well explained.

“The fact that the testing can be done at home also makes the experience more patient-centred and convenient,” she says, adding that between December 2021 and March 2022, 111,872 tests were conducted through the programme.

Since TUT involves testing substantial numbers of asymptomatic people who wouldn’t previously have been tested for TB, the ongoing TUT scale-up will increase the number of TB tests having to be done by the National Health Laboratory Service (NHLS – South Africa’s public laboratory service).

Dr Karmani Chetty, the CEO of the NHLS, says the NHLS has vast experience in dealing with large testing volumes as it is geared to service 80% of the national population. “Due to its vast decentralised network of laboratories, the NHLS has supported many of the national priority disease programmes, such as TB and HIV.”

Chetty points out that the NHLS processes about seven million HIV viral load tests per year. South Africa, through the NHLS, has over the last decade been a global leader in introducing new, faster TB tests – most notably with the introduction in 2011 of the GeneXpertMTB/RIF, a type of molecular TB test. GeneXpert machines have also been used for some SARS-CoV-2 testing in South Africa.

According to Chetty, the NHLS has the capacity for more than four million GeneXpert tests per year (approximately 10,000 tests per day) across its network of labs. Currently, it conducts around two million tests per year. “Therefore, sufficient capacity exists to accommodate increased testing generated through campaigns or Targeted Universal Testing,” she says. DM/MC