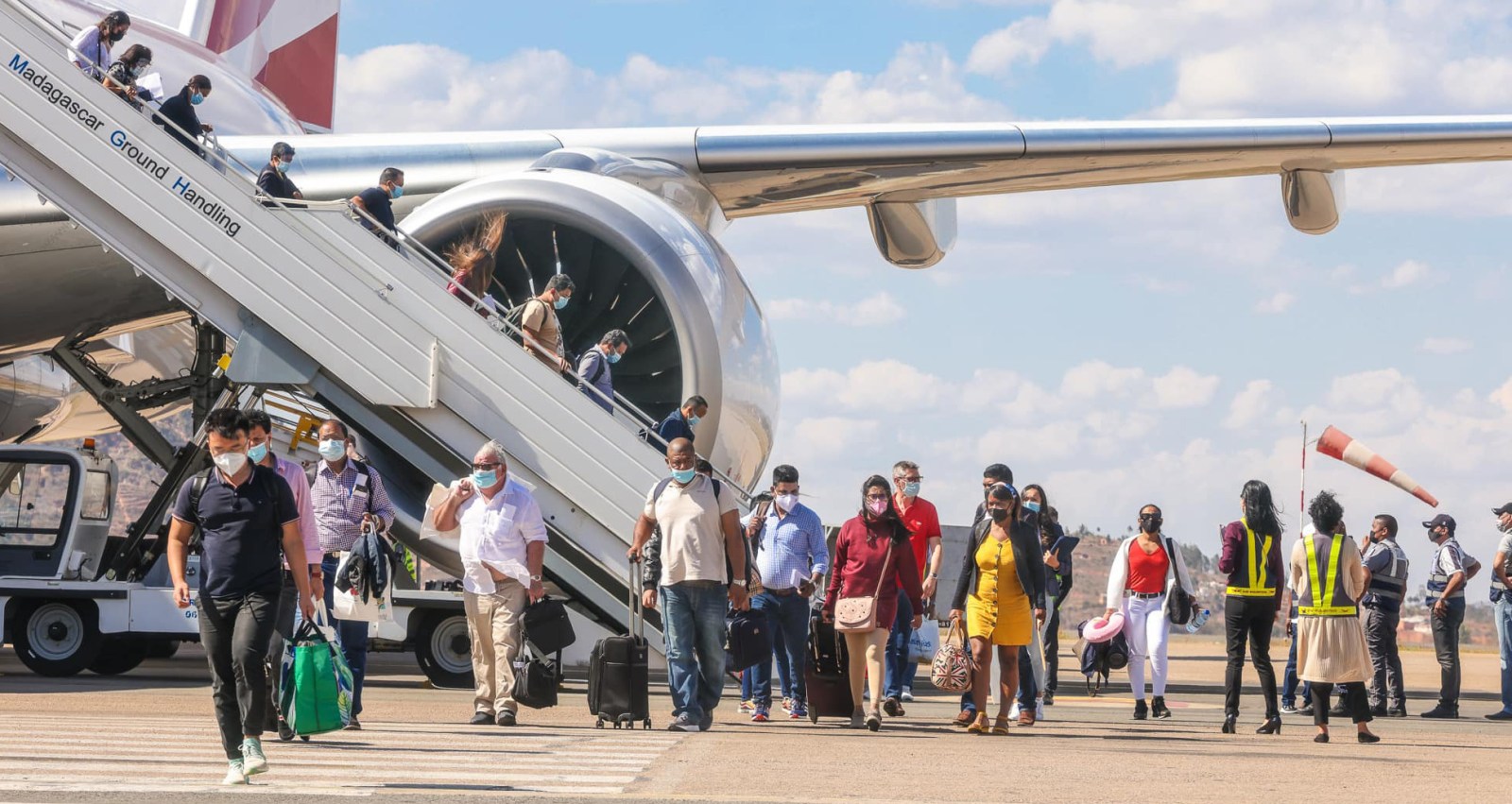 Madagascar is denying entry to all aircraft from South Africa, apparently due to a dispute over 73.5 kilograms of smuggled gold. And business and tourism are being hit hard.

Commercial airlines of other countries have all been flying the Madagascar route since April, after Covid restrictions were lifted.

But South Africa’s private airline, Airlink – the only commercial airline flying the route from here – may not land in Madagascar. Nor may any other South African aircraft such as charters or private planes.

Malagasy President Andry Rajoelina seems to be retaliating against Pretoria for refusing to return 73.5 kilograms of gold bars and US$20,000 seized at Johannesburg’s OR Tambo International Airport on 31 December 2020, from three passengers who had arrived from Madagascar.

The gold bars were valued at about R61-million, according to reports at the time, though an aviation industry source said the hoard was larger. This is unconfirmed.

Rajoelina’s government has demanded the return of the treasure and of the three smugglers who were carrying the loot in their hand luggage and are now in jail in South Africa.

But aviation industry sources say Pretoria is refusing, insisting that the three committed an offence in South Africa and that the law must run its course.  In February 2021, the Johannesburg High Court dismissed an application by the company which allegedly owned the gold and dollars to return it to the company. The company claimed the couriers were in transit via Ethiopia to Dubai and so had not committed any offence in South Africa. The court disagreed.

Rajoelina is also reportedly angry with South Africa because, in 2018, his political party, TGV, paid a South African company to supply it with aircraft for election campaigning – but the company never delivered.

Aviation sources say Madagascar holds Pretoria responsible because it says former deputy minister of international relations and cooperation, Marius Fransman, brokered the aircraft deal. However, Fransman told Daily Maverick he had had nothing to do with any such deal.

Airlink CEO Rodger Foster said he had been lobbying Rajoelina’s government and South Africa’s ambassador to Madagascar, Sisa Ngombane, to get the ban lifted.

But so far, the Madagascan government has not given him an explanation for the ban, let alone any assurance that it would be lifted.

All Foster received was an acknowledgement from the office of Madagascar’s transport minister, Rolland Ranjatoelina, that it had received his letter.

“We’re the only country to which the borders of Madagascar are closed,” Foster told Daily Maverick. “Whereas for every other country, they’re open.”

All the other countries had been allowed to fly since April, when Madagascar lifted the Covid travel bans, he said.

The effect of this was to allow the airlines which had been flying the Madagascar route before the Covid ban, to resume flights – except South Africa.

“We’re innocent bystanders,” Foster added, noting that the one thing he had heard about the ban was that it was directed at South Africa, not Airlink specifically.

“We’re not involved in this. And in the meantime, there are so many South African businesses that are invested in Madagascar. And there’s such a strong nexus between South Africa and Madagascar.”

He said many South African companies were invested in Madagascar, including in tourism, retail, wholesale and banking.

“Checkers, for example, has been hugely entrenched in Madagascar. How do they get their people backwards and forwards?

“Anyone wanting to go from here to there, or from there to here, has to go via Addis or Nairobi or via Paris or Mauritius or Reunion. I mean, how bizarre.”

Foster had added in his letter to Ranjatoelina that Johannesburg was also a hub which Malagasy travellers used to visit Europe, Asia and the Americas.

Foster said he had been Airlink CEO for 30 years and insisted that the company had never knowingly facilitated the transport of contraband.

He noted that the charter flight which landed at OR Tambo in December 2020, bringing the three Malagasy couriers carrying the gold bars and other valuables, had been operated by a Malagasy company.

Madagascar was denying South Africa the air traffic rights between the two countries as Airlink was the carrier designated by the South African government to exercise those rights, he said.

Ngombane confirmed to Daily Maverick that Airlink was the only airline that had not been allowed back into Madagascar after the Covid restrictions were lifted.

“We have tried hard to press Madagascar on this. There has also been a change of ministers and officials in the departments concerned. The answer one gets is that Madagascar closed its borders to prevent smuggling. We are hopeful this will be over soon.”

Asked why South Africa was not handing over the gold bars and other valuables and the arrested couriers, he said: “Ask the Minister of Justice.”

The Justice Minister’s spokesperson, Chrispin Phiri, told Daily Maverick the three couriers would appear in court on July 14 for a hearing on an application by the Madagascar government for them to be extradited back to Madagascar.

Daily Maverick also asked the Hawks if South Africa intended to return the gold and dollars, but its spokesperson had not replied at time of going to press.

The interception and confiscation of the gold bars and other valuables on 31 December 2020 triggered a huge scandal in Madagascar, with allegations that senior government officials there had been implicated.

Twelve people were arrested in January 2021, including the secretary-general of the government’s civil aviation authority, the pilots and other employees of the charter company STA, and staff of Amarante, the company in charge of airport security, according to local media. DM