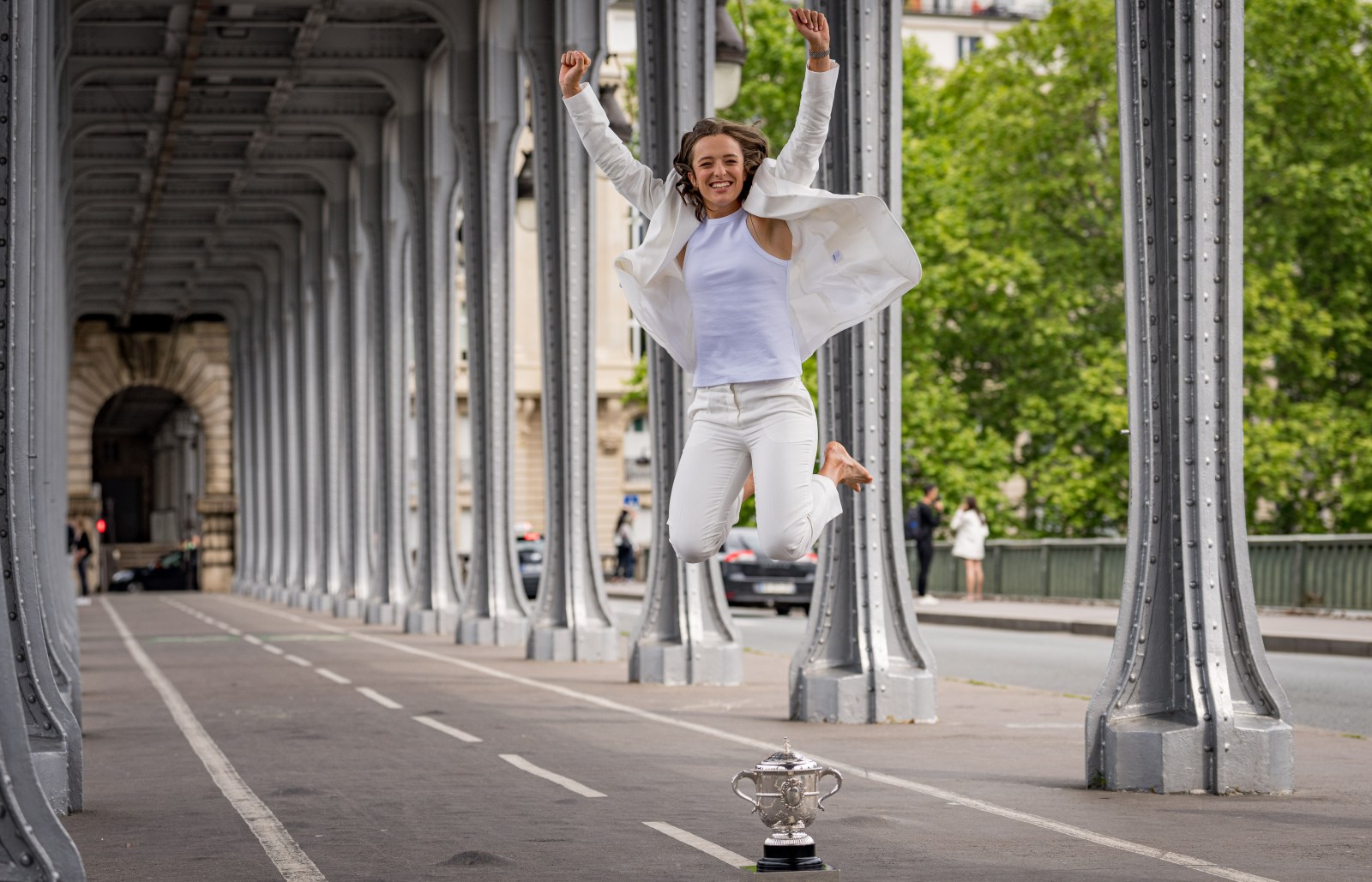 Iga Świątek has enjoyed a superb 2022 season, rising to world No 1 before adding a second career Grand Slam when she beat Coco Gauff at the French Open recently.

As evidence, Naomi Osaka, recently retired Australian ace Ash Barty, former world No 1 Simona Halep and current world No 1 Iga Świątek have each won more than one Grand Slam in the past five years.

The rest of the Slam victories are scattered among individuals such as American Sofia Kenin, stars Emma Raducanu and Bianca Andreescu, as well as tour veterans Garbiñe Muguruza and Angelique Kerber.

Osaka leads the way with four Slams, while the rest all have two.

By contrast, in the five preceding years, Williams was the dominant force. The American tennis icon collected double Osaka’s haul in the same period.

French Open singles title winner and Polish star Świątek is hoping to find the type of consistency that Williams managed on the way to her impressive collection of 23 Grand Slams.

With the dominant 6-1, 6-3 victory over American Coco Gauff at the French open on Saturday, the Pole – who now sits in pole position in the women’s game – broke Williams’s 34-game win streak.

The legendary Williams achieved the feat in 2013 and 21-year-old Świątek described breaking the record as “something special”.

“I think, honestly, it may seem pretty weird, but having that 35th win and kind of doing something more than Serena did, it’s something special,” she told journalists after winning her second French Open.

“Because I always wanted to have some kind of a record. In tennis, it’s pretty hard after Serena’s career. So, basically, that really hit me.”

Świątek’s latest triumph is her sixth title of the year. All have come in a row during her winning streak (following Doha, Indian Wells, Miami, Stuttgart and Rome). She is the first player to win six titles in a row since brilliant Belgian Justine Henin in 2007 and 2008.

With the victory, Świątek also became only the 10th woman to win multiple Roland Garros singles titles in the Open Era. She is also the fourth-youngest player to triumph more than once in Paris. Only Monica Seles, Steffi Graf and Chris Evert were younger.

Two years ago, Świątek shocked the field by winning her first Roland Garros title as an unseeded teenager. This time, she took the title by winning her 35th consecutive match, tying Venus Williams for the longest winning streak in the 21st century.

Among the players who are currently active, only Novak Djokovic (43) and Roger Federer (42) have recorded longer winning streaks in the 200os.

Following her triumph in France, Świątek told journalists she came in more prepared to challenge for the title than she was two years ago – and her victory had been sweeter because of the work she put in to arrive at the pinnacle of clay-court contests.

“I’m more aware of how it is to win a Grand Slam and what it takes and how every puzzle has to come together and basically every aspect of the game has to work,” Świątek said, comparing this year’s triumph to the one in 2020.

“With that awareness, I was even more happy and even more proud of myself, because in 2020 I just felt that I’m lucky, you know. This time I felt like I really did the work.”

The grass is greener?

Of course, with the clay season concluded, all roads lead to Wimbledon – the highlight of the grass-court swing of the tour.

Świątek has said in the past that grass is not her favourite surface, despite winning her only junior Grand Slam title at Wimbledon in 2018. She has consistently reasoned that the conditions were slower that year.

However, when grass season comes around, Świątek is keen to ride the wave of her winning streak.

“My coach believes I can win more matches on grass,” she said. “I don’t know about that yet. But I would like to add like one or two. Yeah, but honestly, grass is always tricky. I actually like the part that I have no expectations there. It’s something kind of refreshing,” she said.

“I think when I’m going to start Wimbledon, I’m just going to think about getting through the first matches. I won’t think about the streak because I know it’s not helping me. I did the same here and I know how to separate my mind from that and focus on tennis.”

In spite of her remarkable run, Świątek is not even close to the longest winning streak by an athlete. That honour belongs to Pakistani squash legend Jahangir Khan.