Good news for tuskers as Britain bans trade in ivory 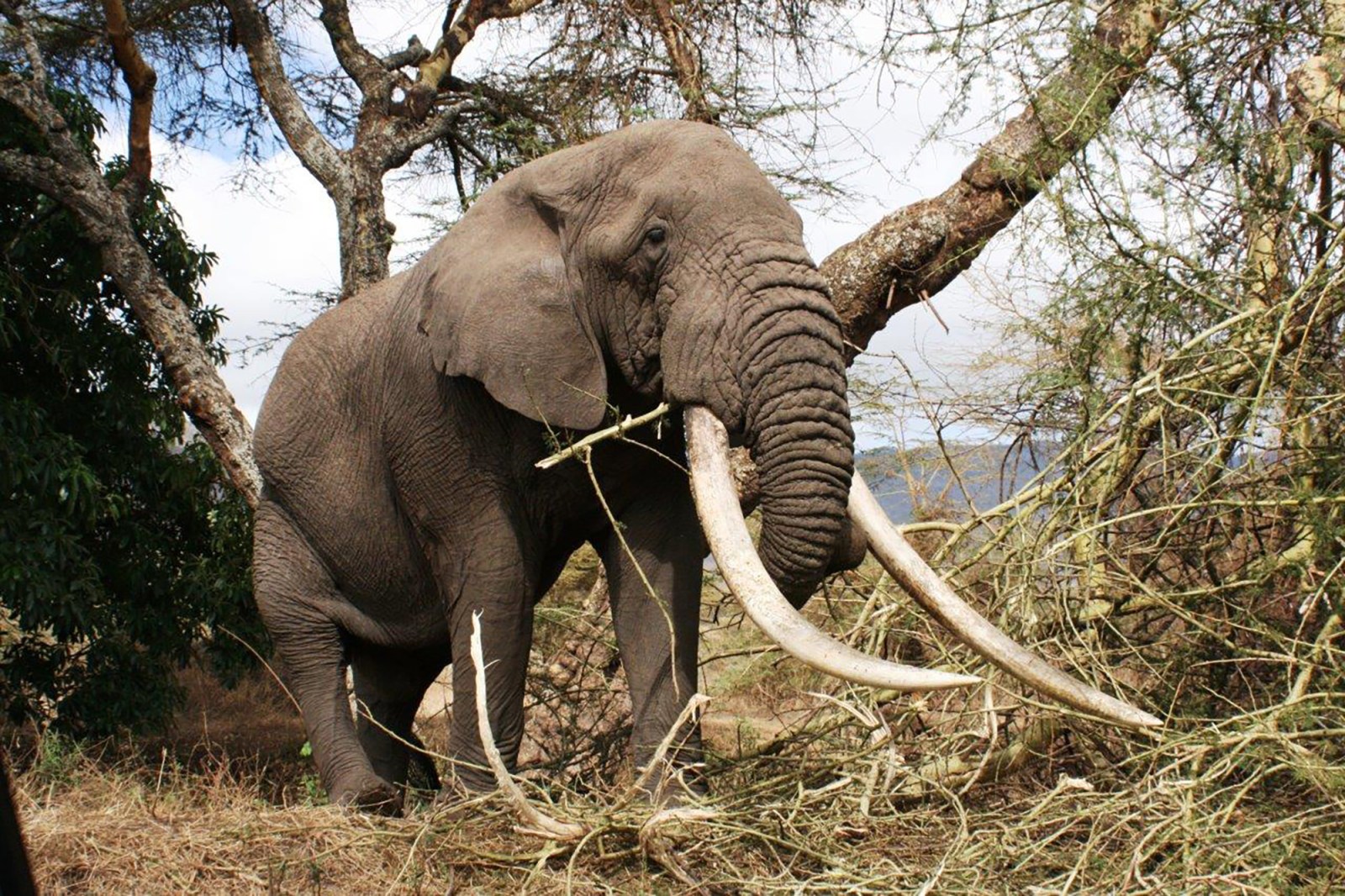 As far as the new UK Ivory Act is concerned, these tusks should not be parted from their elephants. (Photo: Conservation Action Trust)

The UK Ivory Act came into force on Monday, 6 June, outlawing all ivory trade in Britain apart from a few narrow exemptions.

From this week, dealing in almost all items made of or containing elephant ivory, regardless of their age, is illegal in Great Britain, the world’s leading exporter of antique ivory.

There are a few exemptions, which include portrait miniatures, musical instruments, items with low ivory content, sales to qualifying museums and rare/important items.

Those who break the law face prosecution and a fine of up to £250,000 or up to five years’ imprisonment.

This is good news for Africa’s elephants, which have suffered massive poaching to a point where, last year, the International Union for Conservation of Nature listed savanna elephants as endangered and forest elephants as critically endangered.

In 2015, most African elephant range states called for the urgent closure of all domestic ivory markets worldwide. This was closely followed by a resolution adopted by member governments of the UN wildlife trade organisation CITES, calling for countries to close remaining domestic ivory markets.

Many countries heeded this call. The United States enacted major restrictions to close its market and China, which was once home to the world’s largest legal ivory market, closed its market in 2017.

This was followed by countries as diverse as Singapore and a number of African countries. The European Union has yet to follow suit, although it has published new, tougher guidelines.

The road to implementation of the UK Ivory Act has been slow.

The government first pledged to close its ivory market in 2010, but it took a further seven years before a public consultation on the matter opened towards the end of 2017. This eventually received more than 70,000 responses, the overwhelming majority favouring a comprehensive ban, which also enjoyed vital cross-party parliamentary support.

The ban is a victory for conservation NGOs in the UK which have been campaigning for many years to close the market.

Previous efforts by some southern African countries were soundly rejected by a large majority of parties at CITES CoP18 in 2019, on the basis that legal trade would negatively affect elephant populations and fuel organised criminality.

The ban is a slap in the face for Zimbabwe, Tanzania, Botswana, Namibia and Zambia which, at the Hwange Elephant Summit earlier this month, signed a declaration demanding the right to sell their ivory stockpiles.

It demanded non-interference from CITES on domestic trade, sovereignty of states and their right to monetise local wildlife. It criticised decisions influenced by “non-affected nations” and animal welfare organisations and called for a review of CITES membership in the face of its “continued unscientific and unwarranted decision-making processes”.

In the past, sales of ivory have increased demand and stimulated poaching.

International trade in ivory has been banned since 1989, following a 10-year period in which African elephant numbers declined by 50% from 1.3 million to 600,000.

However, in 1999 and 2008, CITES allowed “one-off sales” of stockpiled ivory — to disastrous effect.

The intention of CITES in approving the one-off ivory sales was to undercut the black market price of poached ivory. The plan failed miserably. Instead, the sales led to an increase in demand and an increase in elephant poaching.

Responding to the Hwange Elephant Summit, 50 conservation organisations worldwide issued a statement saying “at a time when demand for ivory is at an historic low and awareness of the need for sustained biodiversity is at an historic high, we urge the international community and policymakers to resist attempts by Zimbabwe and Southern African countries to restart ivory trade”.

The UK ivory ban is a big step in that direction.

A joint NGO statement welcoming the UK ban said it hoped that, in implementing the ban, Britain would speak out against renewed efforts to reopen ivory trade at the 19th meeting of the Conference of the Parties to CITES, which takes place in November 2022 in Panama. DM/OBP

Good news for tuskers as Britain bans trade in ivory