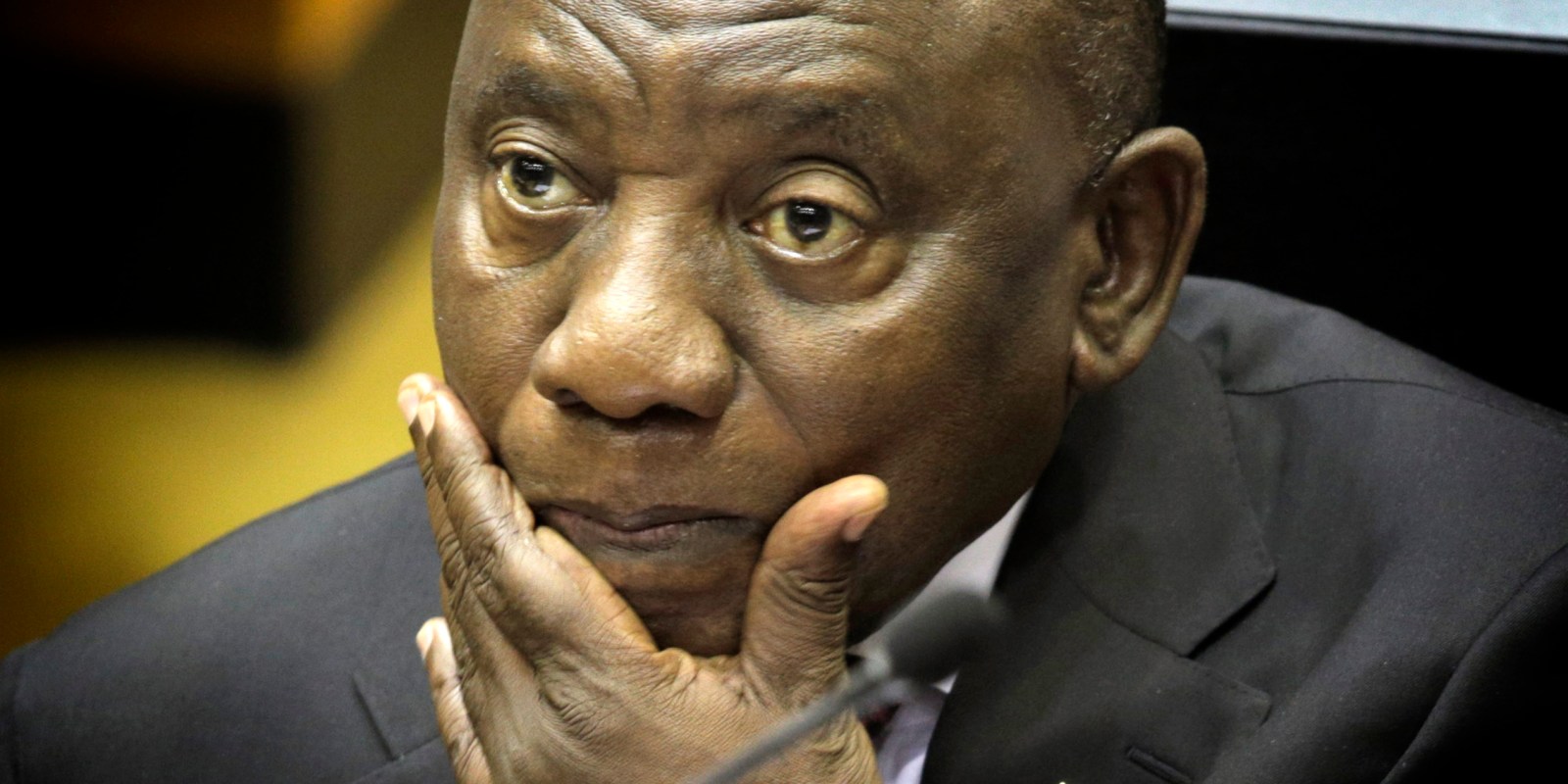 If Parliament were the oversight institution envisaged in the Constitution, opposition MPs argued, the president would answer for the forex farm robbery, Police Minister Bheki Cele would account for the deteriorating crime situation – alongside State Capture Commission recommendations.

“Questions about how that much money was allowed to be stored in (President Cyril Ramaphosa’s) farm, how a suspect accused of this theft was dealt with outside the criminal justice system, and whether Sars (South African Revenue Service) was made aware of this sum of money – should come directly from this House,” said DA Deputy Chief Whip Siviwe Gwarube in Tuesday’s debate on Parliament’s Budget Vote.

“No sitting president should simply go on about his business and Parliament sits idly.”

An ANC point of order got her while still at the podium, and declining to withdraw the remark as unparliamentary – “my conscience won’t allow it” – presiding officer House chair Mmatlala Boroto ordered her out: “You may just leave the House.”

“After listening to our colleagues making all sorts of irrational arguments in defence of the president with respect to these allegations… I felt a strong sense of déjà vu.

“We have to be seen as this House to be acting in a manner that is similar to exactly what we did whenever there were allegations against former President [Jacob] Zuma,” said Kwankwa.

For over two years and three ad hoc Nkandla committees, the ANC parliamentary caucus used its numbers to absolve Zuma from repaying anything as the Public Protector had found for the so-called security upgrades like the fire pool, cattle kraal and chicken run at his Nkandla homestead.

The ConCourt has ruled on Nkandla: What Now?

On Tuesday the ANC would have none of any calls for presidential accountability.

“Even the president of the Republic has got a right for a due legal process. He said he would cooperate with the law enforcement agencies. So I don’t think, as this Parliament, we must put the cart before the horse,” ANC MP Bhekizizwe Radebe later responded.

“Was [Ramaphosa] charged? Was he arrested? So why bring him here?  When these things are still ventilated at a court of law…”

In closing the debate, National Assembly Speaker Nosiviwe Mapisa-Nqakula got procedural, asking why the UDM would have raised the matter in the House as its request to her was still pending.

Not on the allegations against Ramaphosa, and not on Parliament’s handling of the State Capture Commission reports that its chairperson, Chief Justice Raymond Zondo, has already released.

The final instalment, which will include a report on parliamentary oversight, is expected on 15 June.

The Speaker’s message in Tuesday’s Budget Vote debate was that once Ramaphosa submitted the report and his implementation plan to Parliament four months later, this would go to the rules committee for further action.

That’s been the stance for weeks now, alongside highlighting that researchers were going through the two reports Ramaphosa had already referred to for action, leading to two lawmakers being referred to the ethics committee.

“Members implicated whilst serving as Members of Parliament and who are still MPs, have been referred to the Joint Committee on Ethics and Members’ Interests to consider the allegations in order to determine if there was a breach of the Ethics Code,” said Mapisa-Nqakula, without naming names.

This meant it remains unclear whether, for example transport committee chairperson Mosebenzi Zwane was now also referred to the ethics committee – perhaps not for his role in the Free State asbestos scandal, when he was MEC not MP, but over the Gupta-linked Tegeta coal dealings with Eskom, when he was mineral resources minister and an ANC MP.

But the DA’s Gwarube hit home.

“We should not have a Chair of Chairs in Mr Cedrick Frolick, who has serious allegations hanging over his head for his role in State Capture, still actively presiding over the work of Parliament until he is cleared.”

Recently the House chairperson for committees was also elected co-chairperson of the ad hoc committee on the KwaZulu-Natal and Eastern Cape floods.

And the DA Deputy Chief Whip also called on Police Minister Bheki Cele to be summoned to account for “sky-rocketing crime statistics” and “the bloodbath in our communities”.

When Cele heckled to say, “Don’t summon me, I’m here”, Gwarube didn’t miss a beat: “ I’m glad you’re here and you are listening because it’s not a laughing matter.”

The governing ANC in its various contributions had spoken of economic transformation, telling the opposition to market themselves properly and “not be adversarial” when bringing Private Member’s Bills – all served with a dash of sophistry over Parliament’s funding.

“This imperative developmental objective must remain as central in the current epoch of struggle where our oversight machinery must ensure we strategically engage the executive so as to ensure that we accelerate the realisation of our developmental objective despite the resource challenges we are facing,” said ANC Deputy Chief Whip Doris Dlakude.

If Tuesday’s debate on Budget Vote 2 showed anything, it was the party political divisions in the House – and whether oversight is tick-box procedure and rhetoric or qualitative accountability.

Opposition MPs hammered home responsive oversight in the interest of South Africa – and for Parliament as a multiparty institution of elected public representatives to reverse the decline in public trust in state institutions.

Or as Gwarube put it, referencing Parliament’s clean audit and its 2022/23 allocation of R2.68-billion: “Sound financial management of Parliament will never make up for the lacklustre attitude of many MPs towards the work that ought to be done…

“Let us approach accountability and government delivery as a united Parliament so that we can have some hope of rescuing South Africa from the clutches of ruin.” DM