The new health system we build through the NHI must be... 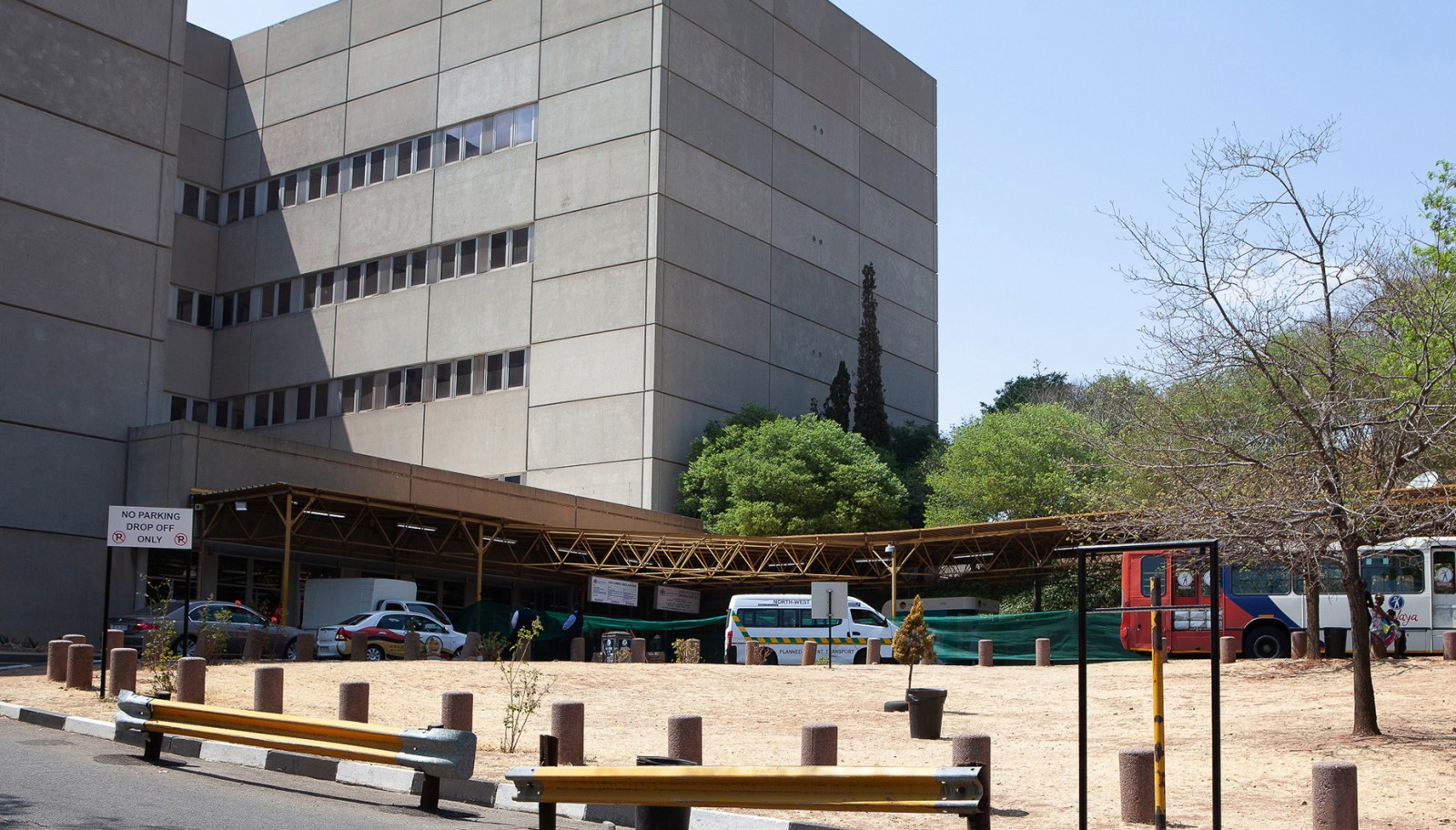 The recent floods in KZN and the Eastern Cape showed us how climate change harms people’s health and healthcare services — and modern healthcare systems contribute to climate change through large greenhouse gas emissions. In the development of SA’s National Health Insurance system, we have an opportunity to address both sides of the challenge that climate change poses for health systems.

‘The medical establishment has become a major threat to health,” wrote Ivan Illich in his controversial 1975 book Medical Nemesis — the Appropriation of Health. It seemed to him that modern medicine had become institutionalised and had lost its caring ethos. It focused increasingly on using technical solutions to eradicate disease, turning patients into mere consumers, and undermining their capacity to look after their health. It was doing more harm than good.

Nearly four decades later, Fiona Godlee, editor-in-chief of the British Medical Journal (BMJ), wrote in a 2011 editorial that “the greatest risk to human health is neither communicable nor non-communicable disease — it is climate change”.

Illich’s polemic against the establishment was very controversial at the time. It has almost been forgotten, but its legacy endures. The health impacts of the ecological crisis and global heating now bring it back to centre stage. As a significant greenhouse gas (GHG) emitter, modern healthcare is a substantial threat to health. Here we look at why this is so and explain what it implies for the National Health Insurance (NHI) project.

The recent floods in KwaZulu-Natal and the Eastern Cape give us a glimpse into the health threats of climate change. The floods killed more than 450 people, rendered thousands homeless, and put many more at risk of severe disease. There was a shortage of drinking water, food, and safe sanitation. Many people lost chronic medications essential for their health. There was a risk of diarrhoeal diseases, including cholera, from contaminated water. Infrastructural damage made many health facilities inaccessible.

Global heating harms people’s health in many countries, mainly in the global south. Its impacts include disease and death from heat waves, drought, severe storms, the spread of vector-borne disease, and mass migrations as people find local conditions unliveable and become climate refugees. Inequalities are growing.

Periods of more intense heat exacerbate collective violence and interpersonal conflict, including violence against children and women. These impacts will worsen as extreme weather events become more frequent with the changing climate. They will continue to disproportionately affect the most vulnerable and marginalised populations — those least responsible for climate change.

The authors called for wealthy countries to do more to support low and middle-income countries to build cleaner, healthier, and more resilient societies. They urged rich nations to meet and go beyond their outstanding commitment to provide $100-billion a year and increase contributions to and beyond 2025. However, the editorial did not mention that the health sector itself compounds the global ecological crisis and threatens health through its own enormous GHG emissions.

How healthcare contributes to the global climate crisis

Healthcare contributes to greenhouse gas emissions mainly through energy consumption, with fossil fuel combustion at the centre. Seventy-one percent of health system emissions come from the production, transportation and disposal of goods and services such as pharmaceuticals and other chemicals, food and agricultural products, medical devices, hospital equipment and instruments. A significant amount comes from the propellants in aerosol inhalers.

In September 2019, Health Care Without Harm (HCWH) released the first comprehensive global estimate of the health sector’s contribution to climate change. The report, Health care’s climate footprint: how the health sector contributes to the global climate crisis and opportunities for action, found that healthcare’s yearly GHG emissions are equivalent to the annual output from 514 coal-fired power plants — 4.4% of global net emissions — 2 gigatons of carbon dioxide equivalent. “If the global healthcare sector were a country, it would be the fifth-largest greenhouse gas emitter on the planet,” the report states.

HCWH argues that merely treating those made ill, injured and dying from the climate crisis and its causes is not enough. The health sector must also radically reduce its emissions and become less vulnerable to climate impacts and their results.

As Dr Tedros Adhanom Ghebreyesus, the director-general of the World Health Organization, puts it:

It is patently absurd that health systems — whose main concerns should be to promote health, prevent and treat disease, and help to restore health — should contribute substantially to arguably the greatest threat to health in history.

Climate change already has a devastating impact on the African continent, which produces only 2-3% of global GHG emissions. It contributes to food insecurity, population displacement and stress on water resources. We should expect more devastating floods, droughts and locust invasions. The Covid-19 pandemic has now also aggravated the human and economic toll of climate change.

This is highly pertinent for South Africa.

The evolving global ecological crisis will cause new pandemics and humanitarian disasters from extreme weather events, and conflict will become more frequent. The impacts on our neighbours will spill over into South Africa and add to the stresses on society and infrastructure. The floods in KZN and the Eastern Cape, coming in the wake of the Covid-19 pandemic, show how vulnerable our already fragmented and inequitable health system is to external threats.

How the NHI can promote a greener health system

We cannot allow our health sector to lag behind the complex challenges posed by the global ecological crisis through climate change and new pandemics. If we don’t get ahead of them we will never be able to catch up.

The National Health Insurance (NHI) proposal could provide opportunities that make this possible — provided we clean up corruption and profiteering and think and act creatively. It must promote primary healthcare as codified in the 1978 Declaration of Alma-Ata. Our new health system must promote people’s health and provide good, equitable health care for all according to need while ensuring that it minimises its impact on the planet and is sustainable.

Addressing climate change and its consequences through the NHI requires concurrent action in three broad areas.

As we’ve seen, the ecological crisis changes disease burdens in complex ways, including more frequent pandemics, and stresses already stretched health systems. Our future health system must be prepared for this and pull together all available resources to deliver universal health care through a unitary national health service.

The health sector should take a more prominent leadership role in reducing people’s vulnerability to climate change and the existing burden of disease. This implies a need to advocate more proactively and powerfully for social justice and equality in access to the social determinants of health (SDH).

Fortunately, the NHI project reflects values that align with the first and second of these imperatives. Among these are social solidarity, a commitment to universal healthcare, equity and the right to health. The third, reducing the disease burden by dealing with the SDH, can’t be done by the health sector alone. It requires collaborative action by all state sectors. But, in the absence of presidential leadership, the health sector must take the lead.

The NHI faces an uphill battle due to corruption, lack of trust in the state, and resistance from groups with vested interests in profitable, hospital-centred private healthcare. On the other hand, the window of opportunity it opens gives us a once-in-a-lifetime chance to establish a new equitable, sustainable, and greener health system.

Unfortunately, we can’t (yet) rely on the current state for this.

South Africa is not among the 50 countries that committed themselves to develop climate-resilient and low-carbon health systems at the recent UN Climate Change Conference in Glasgow (COP26). Furthermore, the corporate private sector resists the idea of an equitable, unitary health system.

In 1944, when Dr Henry Gluckman tabled the National Health Services Commission’s report in Parliament, South Africa had an opportunity to establish the most advanced national health service in the world, based on community health centres. But we threw it away because of the power of vested interests. The government under Jan Smuts was lukewarm towards it because of its tax implications. The provincial governments wanted to keep the large provincial hospitals as the centre of the system. The private sector was hostile towards it. Then, after winning the 1948 election with its apartheid manifesto, the National Party finally wiped it off the table.

We can’t allow the opportunity we have now to go to waste.

We must therefore mobilise civil society across several sectors, including health, social justice, environment, labour, food security, and other groups directly or indirectly concerned about the health and the ecological crisis. We have to continue the struggle for a safe and effective health sector. DM/MC