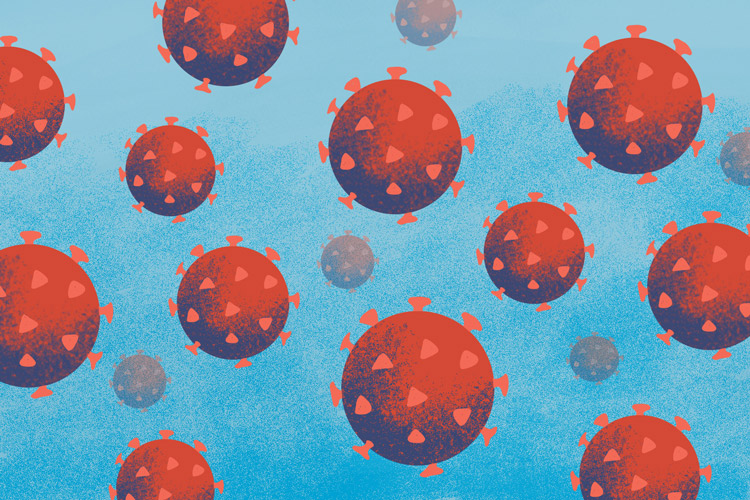 The National Directorate of Public Prosecutions has applied for forfeiture orders to recover money that it claims was stolen through large-scale looting of money set aside during the Covid pandemic through the Temporary Employees/Employer Relief Scheme. (Graphic: Lisa Nelson)

The National Directorate of Public Prosecutions has now applied for forfeiture orders to recover money that it claims was stolen through large-scale looting of Ters funds, including 66 applications made with the same contact details.

The National Directorate of Public Prosecutions (NDPP) has applied for forfeiture orders to recover money that it claims was stolen through large-scale looting of Ters funds, including 66 applications made with the same contact details.

The organisations include the Eastern Cape Transport Tertiary Co-operative and affiliate taxi co-operatives.

They had applied for a “reconsideration” of the preservation orders obtained by the NDPP in three court applications last year, which resulted in the restraint of credit balances in 37 accounts held at First National Bank, Nedbank, Absa and Standard Bank.

Ters was introduced in March 2020 to counter the economic impact of the pandemic through payments for employees during the lockdown.

The case before Judge Bloem was the third attempt by the organisations involved to access their bank accounts: the first two were dismissed because not all interested parties, including the Unemployment Insurance Fund, had been joined to the applications.

In essence, their case was that incorrect facts had been used to secure the orders and that they had not committed any theft, fraud or any crime.

Judge Bloem said the NDPP’s case was that the entities had not complied with the directive and Memorandum Of Agreement (MOA) associated with Ters applications.

He said the NDPP had stated that an audit had revealed that 66 entities had submitted applications for benefits using the same contact details and had collectively received more than R220-million.

Late last year, when the NDPP launched an application for the preserved money to be forfeited to the state, Sipho Melani, a fraud and anti-corruption official at the Department of Employment and Labour, had conceded in an affidavit that two errors had been made in the preservation application.

The organisations involved argued that this meant the initial preservation order should never have been granted.

Judge Bloem disagreed. He said the criticism was unwarranted and the reason for the mistakes had been fully explained. There was no intention to mislead the court “and there is no merit in the submission that the preservation orders should be set aside because of the alleged absence of good faith”.

The entities also argued that neither the directives nor the MOA precluded benefits being paid to government employees who also received a salary from them.

Judge Bloem said it was correct that there was “no specific limitation to that effect”.

“It was not meant for those who, despite the pandemic, would nevertheless receive a full government salary,” he said, dismissing the reconsideration application and ordering the organisations involved to pay the costs. DM