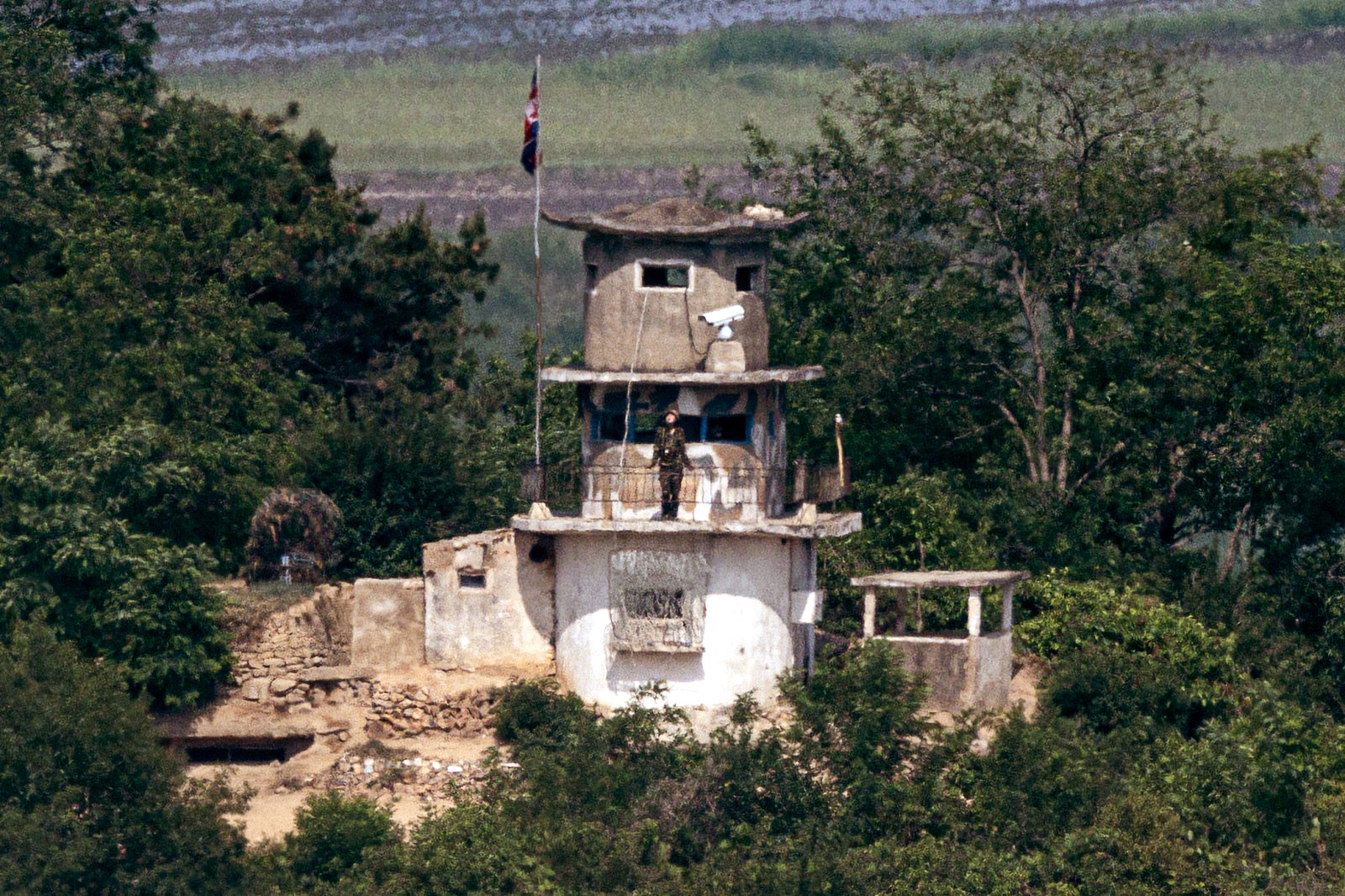 A sentry post of the North Korean army across the Demilitarized Zone that separates the two Koreas shown from the Dora Observatory in the South Korean border city of Paju, north of Seoul, South Korea, 03 June 2022. The Paju municipality has resumed tours to the observatory and an invasion tunnel, dug by North Korea and found in the city in 1978, which were suspended for the past two years due to the coronavirus pandemic. EPA-EFE/YONHAP SOUTH KOREA OUT

SEOUL, June 3 (Reuters) - Officials from the United States, South Korea and Japan met in Seoul on Friday to prepare for "all contingencies" amid signs North Korea is preparing to conduct a nuclear test for the first time since 2017.

U.S. Special Representative Sung Kim met his South Korean and Japanese counterparts, Kim Gunn and Funakoshi Takehiro, after a U.S. assessment that the North was preparing its Punggye-ri test site for what would be its seventh nuclear test.

“We are preparing for all contingencies in close coordination with our Japanese and ROK allies,” Kim said at the beginning of the meeting, referring to South Korea by the initials of its official name, the Republic of Korea.

“We want to make clear to the DPRK that its unlawful and destabilising activities have consequences and that the international community will not accept these actions as normal,” the U.S. envoy said, referring to North Korea.

“The course that Pyongyang is currently embarking on has only one inevitable destination: reduce security for North Korea itself,” the South Korean diplomat said.

Last week, the United States called for more U.N. sanctions on North Korea over its ballistic missile launches, but China and Russia vetoed the suggestion, publicly splitting the U.N. Security Council on North Korea for the first time since it started punishing it in 2006, when it conducted its first nuclear test.

The officials said the door for dialogue was open and expressed concern over the COVID-19 situation in North Korea.

“We have made very clear directly to Pyongyang that we are open to diplomacy,” Sung Kim said later at a separate conference in Seoul, noting that Washington was willing to discuss items of interest to Pyongyang, such as sanctions relief.

“So far they have shown no interest.”

The most important thing was for the three countries to present a united front to North Korean leader Kim Jong Un, the U.S. envoy said.

“When he sees that we are coordinating very closely with partners and allies I hope this persuades him that the only viable path is diplomacy with us,” he said.

China and Russia were clearly not interested in working with the United States to manage North Korea’s nuclear and missile arsenal, Kim said, when asked about their veto of new sanctions.

“We’re not asking them for a favour, it’s in their interest,” he said.

The United States would not link humanitarian aid for North Korea as it battles COVID to denuclearisation, U.S. officials said.

“We passed the message through our regular channel, that we were willing to provide humanitarian cooperation focused on COVID relief including vaccines,” Kim said. “But we haven’t heard back.”

It was time to look for new approaches to North Korea because Kim Jong Un would never willingly give up nuclear weapons, said Tae Yong-ho, a former North Korean diplomat who now serves as a member of parliament in the South.

“Nuclear weapons are the core to unite the whole North Korean people and ensure continuation of Kim family rule,” he told the conference.