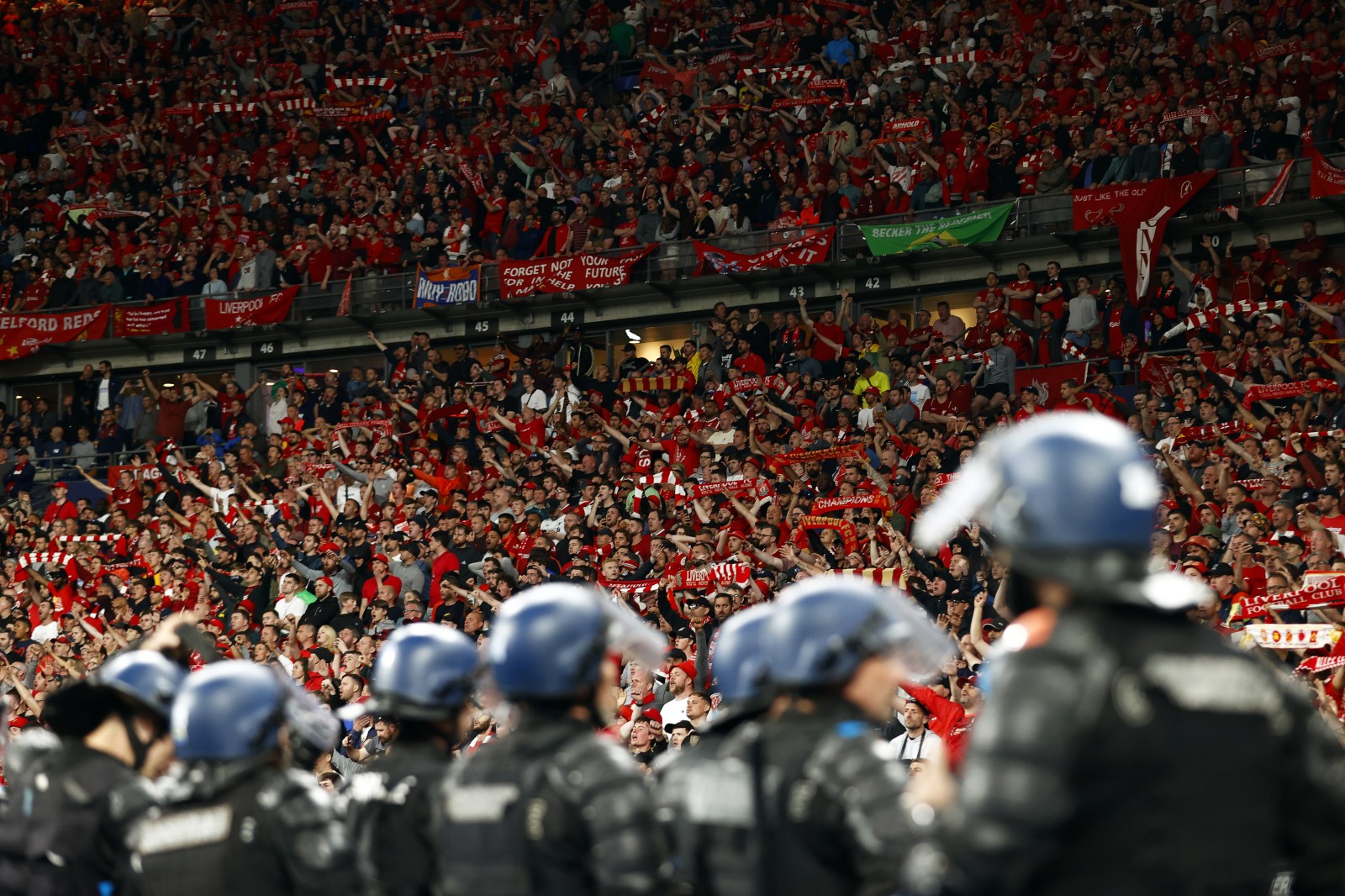 French riot police in front of Liverpool supporters at the end of the UEFA Champions League final between Liverpool FC and Real Madrid at Stade de France in Saint-Denis, near Paris, France, 28 May 2022. Real Madrid won 1-0. EPA-EFE/YOAN VALAT

June 3 (Reuters) - Real Madrid have demanded answers from organisers over measures taken to protect supporters at last weekend's Champions League soccer final against Liverpool in Paris, which was marred by crowd trouble.

The match, which Real won 1-0, was delayed by more than 30 minutes after officers forcefully held back people trying to enter the Stade de France.

France’s Interior Minister Gerald Darmanin said that much of the blame lay with Liverpool fans and that 30,000-40,000 arrived without valid tickets, which led to a crowd crush at the stadium and people trying to force their way in.

Darmanin’s version of events has been challenged by Liverpool fans who attended and say the vast majority of their supporters were well-behaved but were treated in a heavy-handed manner by French riot police.

Darmanin has acknowledged police were caught off-guard by several hundred local “delinquents” who turned up to cause trouble.

“We want to know what were the reasons that motivated that designation of the venue for the final and what criteria were taken into consideration taking into account what was experienced that day,” the LaLiga club said in a statement.

“We also ask for answers and explanations to determine who were those responsible for leaving the fans unattended and defenseless. Supporters whose general behaviour was exemplary at all times.

“As clearly seen in the revealing images provided by the media, many of the fans were assaulted, harassed, mugged and robbed with violence.”

The club added that their fans “deserved” a response.

Liverpool CEO Billy Hogan reiterated a call for an investigation into the incidents on Thursday, adding that both Liverpool and Real fans had suffered.

European soccer governing body UEFA has commissioned an independent inquiry into the incident, while French sports minister Amelie Oudea-Castera said on Monday that they would produce a report within 10 days.