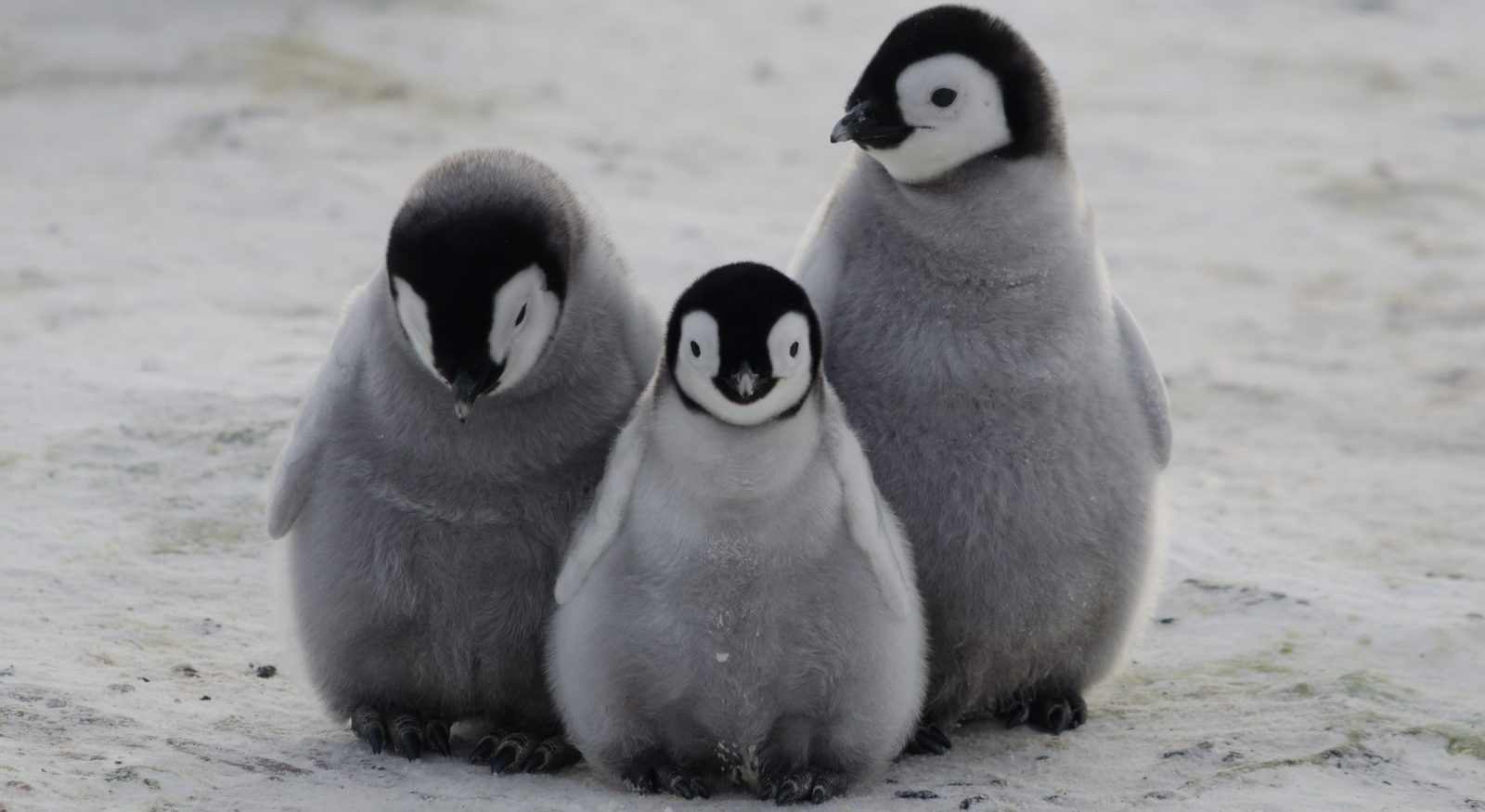 Marred by Russia’s war on Ukraine, an annual international push to conserve the world’s biggest wilderness and its species ‘fails’ yet again to achieve anything significant.

The Antarctic ice sheet may be bleeding 200 Olympic-sized swimming pools per minute, but some states appear to want more evidence before approving climate and penguin protections in the melting wilderness.

The annual meeting of polar powers under the 1959 Antarctic Treaty – which has ruled the icy bottom of the Earth more than 60 years for peaceful aims such as tourism and science – ended in Germany’s capital Berlin on Thursday.

The host state told Daily Maverick it hoped to oversee conservation coups that would expand protections for Antarctica as well as the emperor penguin – the world’s largest penguin species. The meeting’s rallying cry, a German official said, was “From science via policy to protection”.

But the Antarctic and Southern Ocean Coalition (ASOC) — the only environmental group with access to the elite closed-door meeting of about 54 states, including Russia and Ukraine — said in a statement to Daily Maverick that “progress on key issues was stymied”. The “adoption of a climate change action plan and protection of key species” were among treaty decisions that disappointed observers.

According to the group, “a proposal by the UK to designate emperor penguins as a specially protected species was not adopted. Despite the support of many governments for this well-researched action plan to protect this species at risk of extinction by 2100, China argued that further science is still needed on the threats facing this species.”

Chinese polar authorities could not be reached for immediate comment.

“ASOC is baffled that such a strong proposal was not accepted,” said executive director Claire Christian.

“The failure of member states to agree to measures that help protect Antarctica and its wildlife is at complete odds with the reality of the climate crisis,” said Sascha Müller-Kraenner, of Deutsche Umwelthilfe, a German non-profit group.

ASOC added that the interventions “would have been a logical step to mitigate the threats to a magnificent species loved by people all over the world”.

The group further noted that “the adoption of a comprehensive plan to respond to climate change was also blocked at the meeting, despite undeniable scientific evidence that shows Antarctica is on the frontline of the climate crisis”. The Scientific Committee on Antarctic Research, an independent but influential treaty advisory body, noted that its new report “shows dramatic Antarctic change with global consequences”. On its Twitter account, it warned “Antarctica is coming to a postcode near you”.

Treaty decisions are based on consensus, or equal votes – if just one party under that system thwarts a proposal by any of the treaty’s other 28 decision-making states, policy cannot advance into protection.

It was unclear at the time of publication which states refused to support the “comprehensive” climate plan in 2022. Since 2016, however, both China and Russia have struck down treaty efforts to proclaim marine protected areas in Antarctica’s Southern Ocean.

Antarctica is Earth’s last unmined frontier and its current mining ban may be changed by majority vote after 2048 – in a new “forever” campaign to ensure that ban is permanent, multidisciplinary research agency UNLESS pointed out this week that “what happens in Antarctica does not stay in Antarctica”.

“The kilometres-thick ice sheet is currently melting at the alarming pace of 200 Olympic swimming pools per minute, and the total meltdown of Antarctic ice would increase global sea levels by 60m, launching the largest migration ever witnessed by humanity,” it warned in a statement to Daily Maverick.

“Despite their crucial role in determining the future of our planet, the meetings remain mostly unreported by media,” the agency said, adding that “the pressure for accountability” was “minimum”. According to ASOC, it represents the entire global environmental community at secretive annual meetings where public access, in addition to media attendance, is banned. “It is the only environmental non-governmental group with such access,” it said in recent press material.

Media access was rebuffed again this year – including Daily Maverick’s repeated requests to treaty authorities to observe the opening ceremony, the only part of the closed-door annual meeting normally open to journalists.

“We would like to assure you that no South African news was supposed to be neglected in any way. The opening ceremony was not open for any member of the press,” Germany’s foreign ministry told Daily Maverick.

Although the annual meetings are always closed to the press, delegates privately noted the ministry was wary of war tensions.

During a speech by the Russian delegation, 25 states including Ukraine staged a walkout last week to show “decisive support for Ukraine in connection with the Russian armed aggression”, according to a statement by Ukraine’s National Antarctic Scientific Centre, which executes state polar interests.

One might have hoped that protecting emperor penguins was up there with apple pie and planned parenthood. Sadly not.

Before the war, Russia – a founding treaty signatory with South Africa, among others – often reaffirmed its commitments to the peace pact. This framework bans militarisation, nuclear tests, radioactive waste, territorial possession as well as mining, for now.

A new Daily Maverick investigation, however, shows Russia has not stopped searching Antarctica for vast oil and gas deposits and other minerals since the region’s 1998 mining ban entered into force. It has largely done so via Cape Town, South Africa’s Antarctic gateway port.

“One would have to say that it is a dismal meeting indeed that could not even manage to add the emperor penguin to the list of specially protected species,” said Alan Hemmings, an Antarctic governance professor at Canterbury University in New Zealand. “If there was ‘low fruit’ that the meeting could really have seized, it was this.

“The challenges to this penguin – just about the most iconic Antarctic animal – are overwhelmingly due to climate change, the failure to address which is largely due to the states gathered around the table in Berlin.”

Hemmings, co-author of the Handbook on the Politics of Antarctica, lamented that this was “apparently the annual meeting that had to go ahead, notwithstanding the still-unfolding horror in Ukraine, which rendered the prospects for any substantive agreement on anything dim indeed”.

The governance expert quipped: “It was such an important meeting that not one senior German minister went anywhere near it. One might have hoped that protecting emperor penguins was up there with apple pie and planned parenthood. Sadly not.”

Donald Rothwell, an Australian National University law professor, previously told Daily Maverick: “One of the crucibles of treaty decision-making is consensus. So, unless you get consensus among the treaty parties, you cannot move forward.”

According to ASOC, this year’s annual meeting did make “some progress” on tourism “with the adoption of a resolution expressing opposition to certain types of permanent tourism infrastructure”.

However, “resolutions” are not legally binding under the treaty. The only binding tourism agreements adopted by the treaty have been lagging for years.

Also lacking more than three decades since the treaty’s environmental chapter – the Madrid Protocol – was signed, is an enforceable liability clause to respond to environmental emergencies. This Russia already approved back in 2013. It approved the Cape Town and Baltimore agreements in 2017, leaving some Western states trailing in its wake.

“Very few mandatory measures on tourism are in place, despite growing numbers of tourists to the region each year and increasing impacts of climate change on the fragile environment and wildlife, including emperor penguins,” said ASOC. The International Association of Antarctica Tour Operators predicted that 106,006 visitors would visit Antarctica in 2022/23 – “up from 74, 401 during the 2019/20 season”. DM/OBP