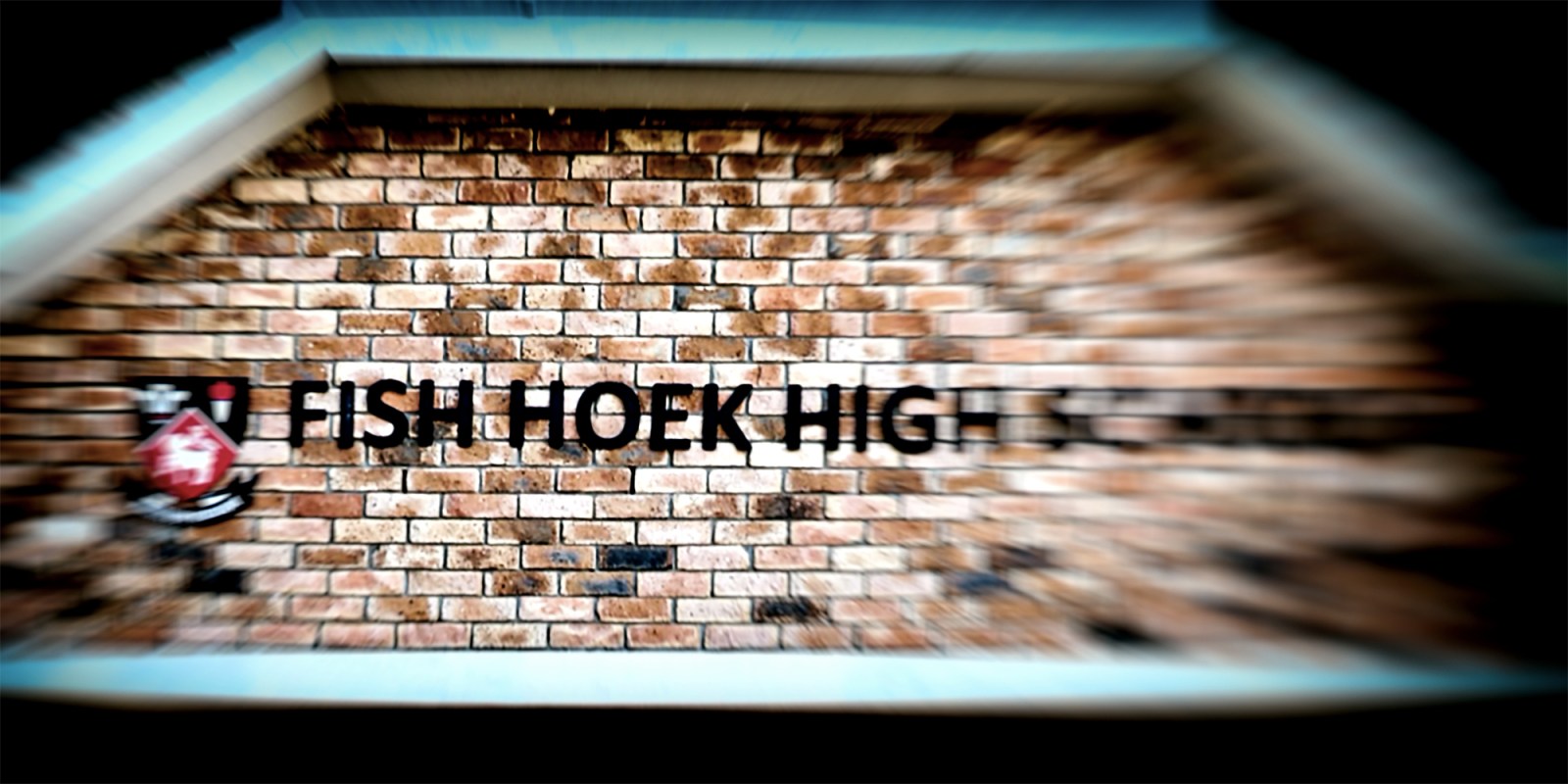 The Western Cape Education Department plans to make recommendations that will include diversity training for the staff of Fish Hoek High School following an investigation by the school into an alleged incident of racism last month.

Diversity training for Fish Hoek High School’s educators and staff will be among the recommendations that the Western Cape Education Department (WCED) will make to the school, based on the school’s investigation into an incident on Monday, 23 May, where an educator allegedly used racist terms during a lesson.

“Officials from the WCED district office are currently engaging with the school staff to discuss the recent allegations regarding racism at the school,” said WCED spokesperson Bronagh Hammond, who added that a meeting between department officials and Fish Hoek High School staff had taken place on Wednesday, 1 June.

“The WCED will make recommendations to the school based on their investigation, which will include diversity training for educators and staff,” she said.

The outcome has yet to be finalised, said Hammond, but the WCED would continue to engage further with the school and its learners “to ensure that all concerns are addressed”.

The incident involved a teacher appointed by the school governing body (SGB) who allegedly uttered racial slurs during an Afrikaans lesson on Monday, 23 May.

In a statement on Friday, 27 May, Fish Hoek High School management and its SGB confirmed the incident.

“The use of any racist terminology is unacceptable and inconsistent with our values,” read the statement.

“We deeply regret the pain this has caused.”

It added that a meeting was held with a representative group of learners “to hear these and broader concerns around racism, intolerance and insensitivity and the way in which matters have been handled in the past”.

“We recognise the need to continually evolve, and thus commit to an ongoing process of growth, transformation and development,” it added.

An email from the school’s principal to parents on 25 May, stated that “the educator involved [had] been suspended pending an investigation and the following of due process”.

“The department condemns any form of prejudice,” said Hammond, who added that all schools should have “courageous and ongoing conversations about issues of racism, prejudice and inclusivity.

“The WCED recognises that our schools need to redouble their efforts in addressing the inequalities and prejudices that still exist within various schools, as well as in society in general. The [department] has been actively engaging with schools to embrace the various groups and cultures within school communities,” she said.

“We are working very hard to instil the embracing of diversity across the province, and will continue to do so.”

According to some Fish Hoek High School learners, this was not the first time that the educator had uttered a racial slur in a classroom. The teacher had also frequently made “jokes that had a racial connotation or undertone”, claimed one student.

Parents of the learners quoted who are under the age of 18 gave Daily Maverick permission to use their names.

“It wasn’t a first-time thing; it’s been happening for quite some time,” a Grade 12 learner at Fish Hoek High, Jared Carelse, told Daily Maverick.

“It’s not the first time that she’s done it, she did it last year also,” echoed another learner, Sinovuyo Fana. “We never reported but we would talk about it among ourselves…We knew it was wrong but we never reported it until [after] another class reported it.”

Carelse said that learners in another class had previously reported the educator’s use of racist terms to the principal, but “no action was taken” and the allegations were “swept under the rug”.

“[We] report the situation and what happens is we’ll be told something will be done about it, [that] it’ll be sorted out – and it doesn’t end up being sorted out, it just ends up never being talked about ever again,” explained another learner, Lelethu Quvile.

The lack of action from the school when learners had reported incidents of discrimination in the past, some learners claimed, had deterred them from raising these issues again.

“We did approach the teachers in the correct way and nothing was done… it’s like… time and time again, and you can only take so much when you feel like enough is enough,” said Karl Koeries, a Grade 12 learner and a member of Fish Hoek High School’s student representative council (SRC).

The day after the alleged incident occurred, an Instagram account was created containing posts which detail some learners’ experiences of racism and discrimination at Fish Hoek High School.

On Thursday, 26 May and the following day, learners at Fish Hoek High School protested over the racism allegations.

The alleged racial incident at Fish Hoek High School is among several instances of racism and discrimination that have been reported at schools across South Africa in recent weeks.

Grade 12 learners at Good Hope Seminary School in Gardens, Cape Town, protested over racism allegations on 17 May, after an Indian pupil allegedly called a black student by a derogatory name, eNCA reported.

More recently, News24 reported that the annual derby day between Michaelhouse, in KwaZulu-Natal, and St John’s College in Johannesburg – two of South Africa’s most expensive private schools – had been cancelled after an alleged racial slur was uttered by a Michaelhouse player to a St John’s player during a hockey match.

On 28 May, in a joint statement condemning the incident, the schools said: “Both Michaelhouse and St John’s are united in condemning all forms of racism and discriminatory behaviour and Michaelhouse, in following its procedures, immediately implemented a precautionary suspension in respect of the boy alleged to have made the racial slur, pending a formal disciplinary hearing.”

When contacted for comment on the allegations of racism at Fish Hoek High School, the school’s SGB chairperson said she was unable to respond, “as the matter is under investigation”.

The principal of Fish Hoek High School was also contacted for comment but a response had not been received by the time of publication. The educator could not be reached for comment.

“Learners and educators are encouraged to report racism or discrimination, of any form, to the department if not being addressed appropriately by the school management,” said Hammond.

Hammond said learners can contact the Safe Schools hotline on 080 045 4647, to report such incidents, if they are not being addressed appropriately by the school. DM