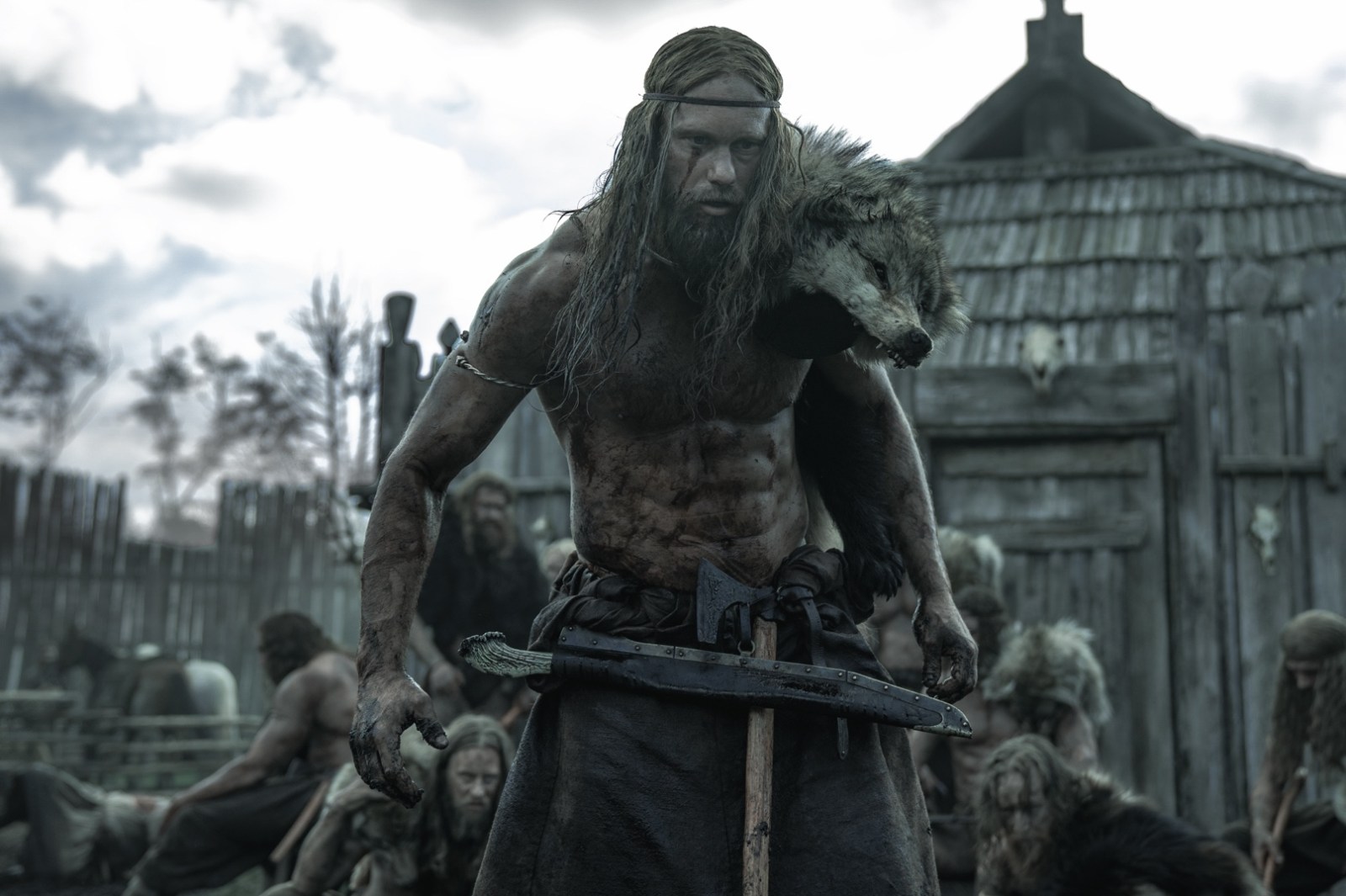 The Northman is undoubtedly director Robert Eggers’ most mainstream movie, but that still leaves a lot of room for the aberrant considering that his previous production, The Lighthouse, was a period piece that defies genre categorisation – shot in black-and-white with a boxy aspect ratio in which Robert Pattinson and Willem Dafoe slowly lose their marbles on an island.

The most notable difference to his other films is the scale of The Northman and its marketing, which promised barbaric Viking men and a mounting body count (apparently a mark of mainstream appeal).

Although there’s no shortage of gore, The Northman is more cerebral than bloodthirsty action punters might be used to.

It’s based on the 13th century Scandinavian legend, Life of Amleth, more famous today for its Shakespearean adaptation – Hamlet, Prince of Denmark.

Amleth (played by Alexander Skarsgård) is a Viking warrior prince hellbent on avenging the murder of his father, King Aurvandill (Ethan Hawke) who was violently usurped by his own brother, Fjölnir (Claes Bang).

By the time the young Amleth flees his home, the formal dialogue between him and his parents has not been nearly enough to ingratiate him with the audience. He’s clearly the victim, but Eggers holds off on granting him sympathy – the depiction of his home’s massacre is brief and detached.

In contrast, when we are reintroduced to Amleth as a man, the scene of him ferociously leading the ransacking of a village is drawn out in shocking cruelty.

Eggers depicts a Viking culture steeped in the rhetoric of the honour of war, but clearly, there is no honour in it at all. The fighting is chaotic, ruthless and fast. A boy is shown attempting to escape, just like Amleth did, concretely proving his hypocrisy.

Eggers reportedly stayed away from Vikings in his work because of their associated macho stereotypes and the misappropriation of Viking culture by the right-wing, so when he did decide to make The Northman, he placed importance on historical accuracy.

Though white supremacists in the US have latched onto the notion of the noble Viking “pure-blooded” warrior as an uneducated justification of watered down Social Darwinism, the little we know of the people referred to by the umbrella term “Viking” indicates that they were a highly diverse group, intertwined with cultures from several regions.

Eggers certainly doesn’t shy away from their canonical violence, but it’s mostly used to disgust you rather than idealise the “noble savage”.

Pop culture tends to fetishise dwindling and extinct cultures and grant them moral amnesty on the basis of cultural relativism. Eggers doesn’t do this, but he does walk a fine line romanticising Norse mythology.

The film begins with a dramatic prologue: an epic scene of a thunderstorm over a mountain, while a rumbling voice bellows a prayer foreshadowing Amleth’s tale, “Hear me, Odin!”

This is supposed to make the audience feel moved and excited by strange intrigue, but think about how differently it would come across if the voice said “Hear me, Jesus!” instead.

If it seems less mystical to you, then you have fetishised Norse mythology based on its antiquity and removal from the modern day.

On the other hand, there are times when it seems like Viking customs are intentionally shown as silly, particularly during a coming-of-age ceremony in which the king and his son scamper down a hole in their underwear growling like dogs, farting and burping.

Eggers delights in the primal nature of their transcendental animist rituals, but he always leaves room for rational explanation of the supernatural.

Impossible things happen when nobody’s looking, but never guide important plot points: A blind seer (played by Björk) tells him the time for revenge has come, but then he overhears the location of his uncle at a market immediately afterwards, so nothing would have changed without the witch.

Amleth battles a huge undead warrior for a sword, but when the battle is won, magic conveniently rewinds time and he simply takes it off the corpse. Some crows peck him free of his bonds like a sign from the gods, but his friend arrives shortly afterwards and would have freed him anyway.

This is a safeguard of reality that exposes Amleth’s delusional narcissism. The other characters’ superstitions allow them to be misled, yet Amleth’s beliefs are constantly vindicated by the gods when nobody’s looking.

Our perspective is the autobiographical hallucination of a man possessed by the childlike belief that he is blessed by the divine right to rule, and holds favour with the gods.

When everything seems to be going according to his crazy vengeful plan, the turning point of the film is Amleth’s discovery that his perception of his childhood is a lie.

The trauma enacted on him as a child was understood as a child, and his grasp of his past never matured. His true tragedy comes not with the loss of his father, but that of his naivety that he held onto in order to make sense of his pain.

These revelations are explicated in theatrical fashion during soliloquies – a risky stylistic choice that babies the audience and makes it difficult to become immersed, and also has the side effect of making Amleth seem like a crazed egomaniac.

Eggers began his career in the theatre and transitioned into film, but he’s still a thespian at heart, and it shows in his treatment of his characters’ inner thoughts and the rigid blocking of his actors.

His directorial debut, The Witch, was lit using only natural light – many scenes lit with nothing but candles. The approach to The Northman was not quite so purist, but the aesthetic is equally dim and real.

The camerawork in The Northman is more dynamic than his previous films (which sought to preserve some of the unchanging viewpoint of a stage), but the finished product still has more in common with a production of Shakespeare than most action blockbusters, particularly in the complicated treatment of its protagonist.

Eggers’ depiction of Viking culture is more holistic than the big screen is used to, although it still barely takes female experience into account, committing a classic cinematic sin of writing a female lead who, upon being saved from rape, willingly takes her saviour to bed – a trope seen over and over in male-led films which sends a message that men who protect women will be rewarded with sex.

Overall, it’s a multifaceted film which is unlikely to polarise audiences because there is so much going on that viewers will always find something thrilling and something to criticise. DM/ML

The release of The Northman  in South African cinemas has been postponed from 17 June – a final date is yet to be announced at time of publication. You can contact This Weekend We’re Watching via [email protected]

In case you missed it, also read ‘Top Gun: Maverick – a stunning feat of US military propaganda’.