Only 300 of Gauteng’s 1,081 operational ambulances are on the road due to staff shortages 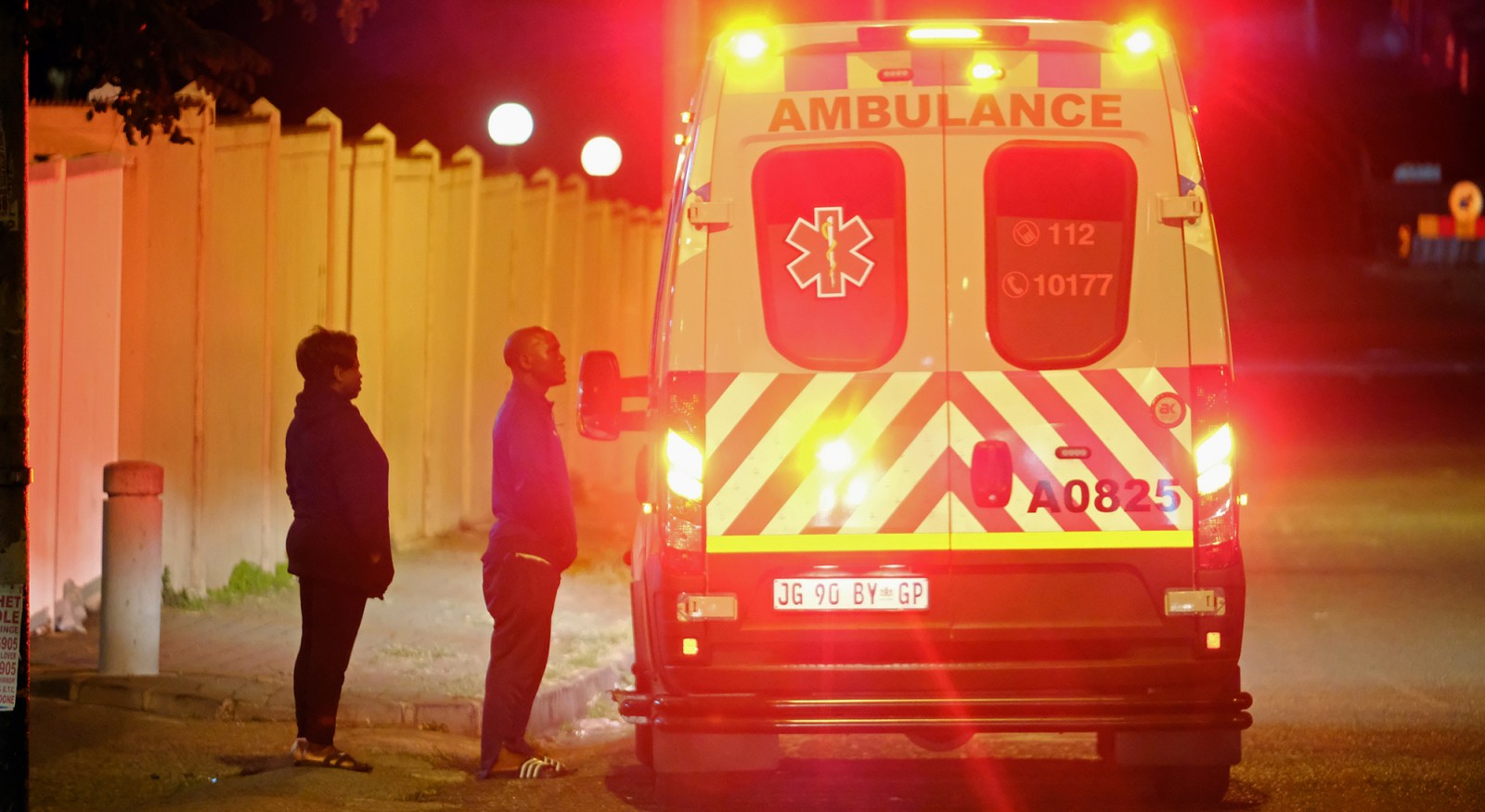 The Gauteng ambulance service is understaffed, leaving available vehicles parked and people in need of emergency help fighting for their lives.

With just 300 ambulances on Gauteng’s roads, the province falls far short of meeting the national standards for emergency vehicles. This is despite the recent procurement of 220 ambulances and the hiring of 160 Emergency Medical Services (EMS) recruits. Now, families with emergencies have to pay the ultimate price for the province’s ambulance shortage.

Kwara Kekana, the spokesperson for the Gauteng Department of Health (GDoH), told Daily Maverick that the strain had been caused by:

Kekana confirmed that a shortage of ambulances had added to the mix of challenges.

“Ideally, we should have at least 1,795 ambulances across 57 EMS stations, but currently we have 1,221 ambulances,” she said.

“This is below the national norm for Gauteng that stipulates we should have 1,632 (as per population ratio 1:10,000 [meaning one ambulance per 10,000 population]) plus a buffer of 10% of 163, implying we should have 1,795. Operational ambulances are 1,081; however, with the current staff capacity, we can only roster 300 ambulances daily in the province,” she said.

Kekana said that in responding to emergencies, the dispatch centre ensures all life-threatening calls (P1 calls) are serviced immediately, and all the other calls (P2 and P3) fall in line for the next available resource.

The targeted response times and how often these targets are met by the GDoH are as follows:

“The department gives very rosy statistics on response times, which don’t match the reality on the ground.”

Some Gauteng residents shared their stories with Daily Maverick on the impact of ambulances not showing up or showing up way too late.

Gloria Mthembu from Diepkloof fell seriously ill on the morning of 30 March. At 10am, her family reportedly called for an ambulance. When the ambulance had still not arrived about an hour later, they called again for an ambulance.

Lerato Mthembu, Gloria’s granddaughter, alleged that on the second call she was told ambulances were out of commission and would respond to her grandmother’s emergency once a vehicle was available. She added that dispatchers confirmed that they had logged Gloria’s call.

Lerato claimed they waited all day for an ambulance before making a plan to hire a car to take her grandmother to Chris Hani Baragwanath Hospital. Unfortunately, she died before the ambulance or arranged car got to her.

Simon Hlongwane from Devland in Johannesburg, died from gunshot wounds early this year. His widow, Nelisiwe Hlongwane, blames the ambulance delay for the death of her husband.

“My husband would still be with us if it was not for an ambulance that arrived late,” she said.

Mosia Lebatjane from Reiger Park, south of Johannesburg said he was stabbed at a tavern in December 2021, bled heavily and lost consciousness. A call for an ambulance to take him to the hospital was unsuccessful as no ambulance showed up.

“I’m told an ambulance was called at 8.30pm, but … after two hours no ambulance showed up. So the tavern owner had to take me in his car to the nearest hospital, OR Tambo Hospital. Mind you, when you get to the hospital in such a critical state in a private car they attend to you quite later because priority is given to those brought in ambulances.

“I could have died waiting for the ambulance at the tavern or inside the hospital waiting to be attended to … I am lucky to have survived,” he said.

A Gauteng paramedic, who did not want to be named, confirmed the low staffing levels in the ambulance sector. He said staff were under strain and could not cover all emergencies because they have to prioritise life-threatening conditions.

“That’s where the problem starts. I mean, if a family has called an ambulance it is life-threatening. But we are expected to play God with people’s lives and determine who to save and who we leave behind,” he said.

“The Gauteng Department of Health needs to hire more EMS personnel but also do much [more] to protect us from attacks,” he added.

Kekana, however, denied that the Gauteng ambulance sector was in a crisis.

“It is not a crisis, but looking at it holistically, it’s not just ambulances, it’s staffed ambulances. The norm is one ambulance needs 10 staff, with a minimum [of an] intermediate life support qualification. The further breakdown of the ratio is two staff per shift (in a four-shift system), and two staff for leave and training.”

Bloom has pinned the issues of the ambulance service in the province on poor leadership and inefficiency in the entire GDoH.

“Until recently, Johannesburg, Tshwane and Ekurhuleni ran their own ambulance services. However, in June 2020, the Gauteng Department of Health completed the process of bringing Gauteng’s emergency medical services under provincial control.

“All this is not new in South Africa, as all the other eight provinces had already provincialised the emergency services while Gauteng remained not provincialised. The provincialisation of the service was a turnaround strategy toward effective service delivery to strengthen healthcare. But that is not what’s happening,” said Bloom. DM