Man dies after being hit by electrical pole during elec... 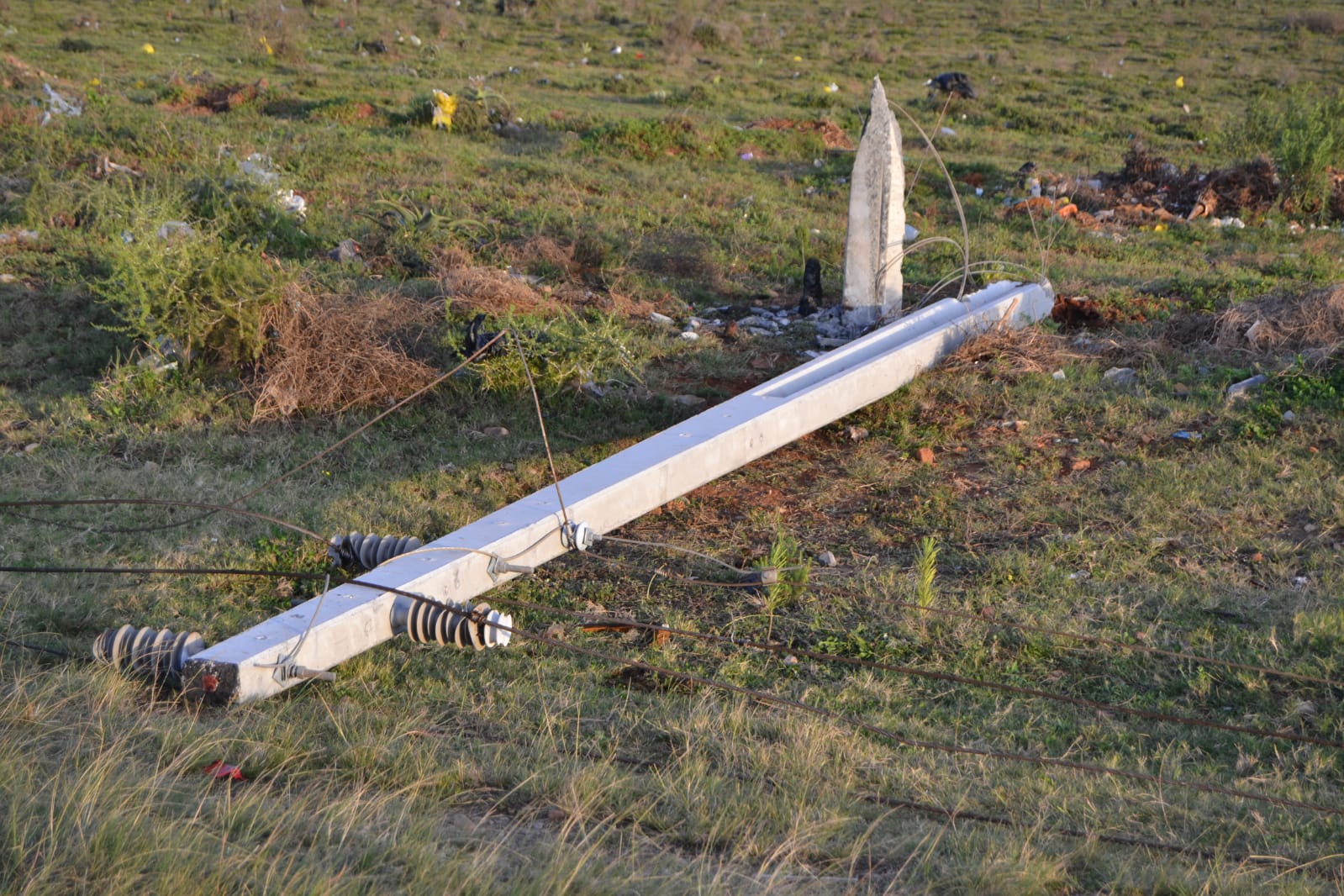 One of the electrical poles uprooted by protesters in Kariega on Thursday morning. A man died when one of these poles fell on his head. Police are investigating. (Photo: Thamsanqa Mbovane)

Residents say they are tired of waiting in the dark for the municipality to fulfil its promises.

Nkosinathi Lukas, 38, died when an electrical pole uprooted during a protest for electricity in Area 11 informal settlement in Kariega on Thursday, fell on his head.

According to the man’s family, he was employed as a rubbish collector in the area and lived with his girlfriend in Area 11. The family did not want to say more.

Residents are demanding that the Nelson Mandela Bay Municipality electrify their homes.

Police spokesperson Captain Andre Beetge said that protesters were uprooting concrete poles at 5:30am to use as barricades in the road. “One of the poles fell on the head of Nkosinathi Lukas from Area 11, Gunguluza. He passed away on the scene. An inquest docket was opened and will be investigated by SAPS KwaNobuhle,” he said.

Beetge said protesters pelted police and fire department vehicles as well as cars belonging to the public. He said the homes of ward councillor Sabelo Mabuda were also set alight but the extent of the damage is yet to be determined.

Protesters are demanding that the municipality provide a map of Area 11 which details the electrification of over 500 shacks. Residents here have been demanding services, including lighting since occupying the land in 2017.

Area 11 is among 156 informal settlements in Nelson Mandela Bay where plots are to be marked out and roads built as part of a council resolution of 30 April 2021. The municipality estimates that nearly 43,000 households are included in the project. But City officials in the coalition government are yet to agree on how the budget of R300-million is to be spent.

On Thursday, community leader Siyabonga Stemele told GroundUp that residents were upset because the ward councillor had made a promise four weeks ago that municipal housing officials would visit to assign plots to households. This never happened. “People have now decided to take to the streets because they live in the darkness,” he said.

A resident explained that people went to Councillor Sabelo Mabuda’s homes because they wanted to know why he and his family were given keys to a new bungalow apparently before those on the waiting list.

Mabuda, who is currently at a safe house, said he was shocked by protesters’ violence. He said he met with residents last Friday when they demanded that he arrange for the Mayoral Committee member for Electricity and Energy to come to explain to them when the area will be electrified. “I am really shocked by this stance they have taken,” he said.

The community remains tense on Thursday and police remain in the area to monitor the situation. DM