Unsure of what comes after Paris, Nadal eyes next Frenc...

Unsure of what comes after Paris, Nadal savours win over Djokovic, focuses on next French Open challenge 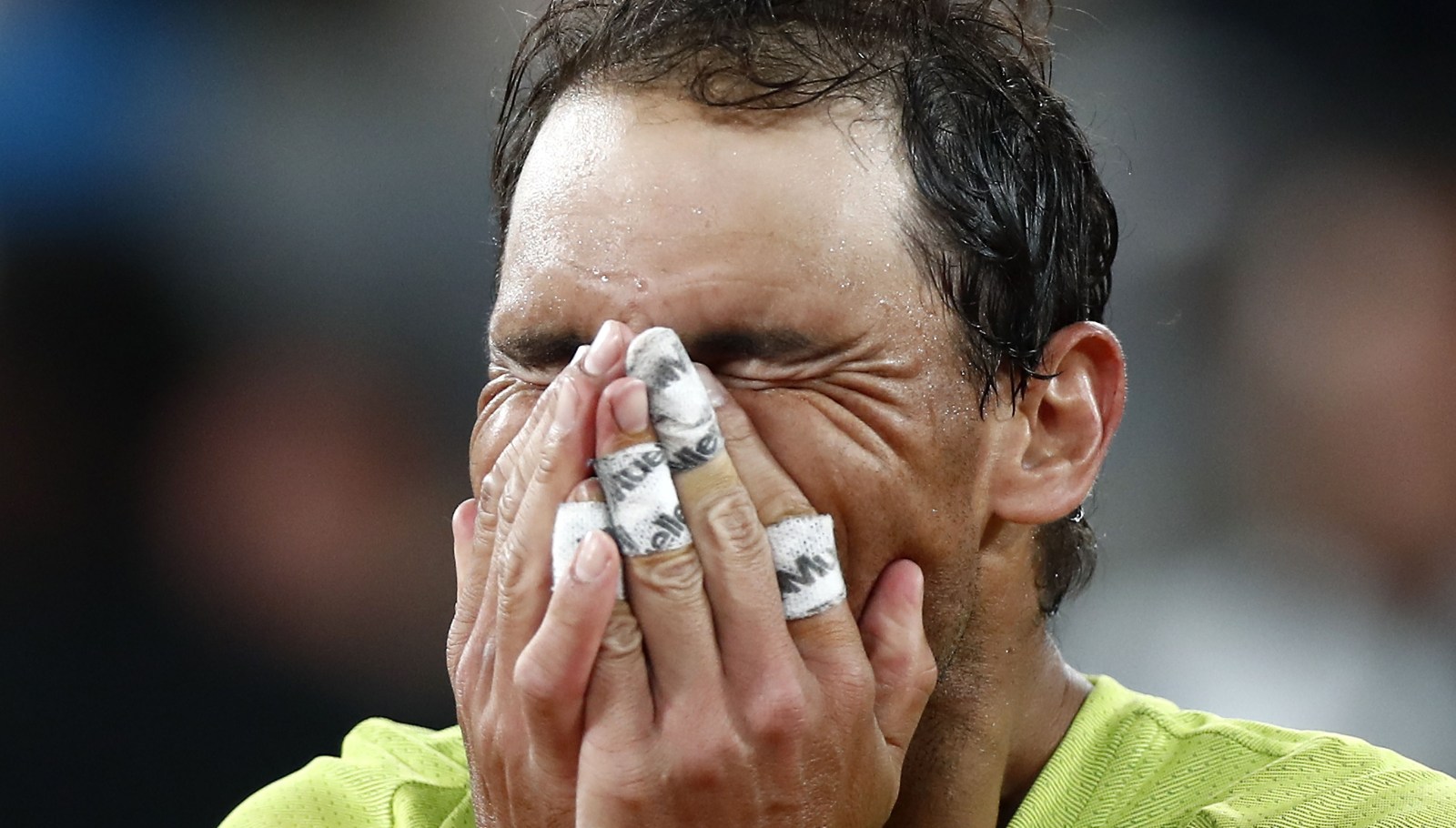 Rafael Nadal celebrates victory over Novak Djokovic in their French Open quarterfinal at Roland Garros in Paris on 31 May 2022. (Photo: EPA-EFE / Mohammed Badra)

Veterans Rafa Nadal and Novak Djokovic produced another epic battle in their long-standing rivalry for a place in the French Open semifinals on Tuesday night.

Knowing this French Open could be his last, Rafael Nadal had already turned his thoughts to his Roland Garros semifinal minutes after beating Novak Djokovic in an epic quarterfinal on Tuesday.

The 13-time French Open champion is chasing a record-extending 22nd men’s Grand Slam title. But time might be running out for the Spaniard, who has been suffering from a chronic foot injury that had put his participation in the clay court major in doubt.

The 35-year-old said the presence of his personal doctor to “do things that help” made sure he could play in Paris. although he is unsure of what will come next.

“I have what I have there in the foot, so if we are not able to find an improvement or a small solution on that, then it’s becoming super difficult for me, no. So that’s it.”

Until then, Nadal is already focusing on his next challenge – a semifinal against German third seed Alexander Zverev.

“In the end it has been a very emotional night for me. I am still playing for nights like today. But it is just a quarterfinals match,” he said.

“So, I just gave myself a chance to be back on court in two days, play another semifinal here at Roland Garros means a lot to me.”

Were Nadal to lose to Zverev, it would not be because of a lack of focus, he said.

“I am not the kind of guy and player that emotionally goes high and low. I am very stable, I think, emotionally.”

Talks of an end to Nadal’s reign proved premature once again as the clay-court king stayed on course for a record-extending men’s 22nd Grand Slam by beating arch-rival Djokovic in a vintage French Open quarterfinal clash.

The 13-time Roland Garros champion, beaten by Djokovic in the semis here in 2021, arrived in Paris on the back of two injuries that had hampered his preparations.

Having already survived a five-set thriller against Felix Auger Aliassime in the previous round, the Spaniard, who has only lost three times at the French Open since his first campaign in 2005, knows every inch of the immense Court Philippe Chatrier and Djokovic paid for the reminder.

The Serbian is still stuck at 20 Grand Slam titles after being barred from taking part in the Australian Open by local authorities over his refusal to get vaccinated against Covid-19 – a major that Nadal won.

On the day that teenager Carlos Alcaraz, who has been widely tipped as his successor, was knocked out, Nadal threw the punches and had defending champion Djokovic on the ropes in a high-octane start under the spotlights.

Djokovic fought back in an 88-minute second set but Nadal, backed by a partisan crowd, found the resources to end it in four sets despite being a break down in the fourth.

“It’s a very emotional moment for me. Thank you, everyone. It’s incredible, the support I get from you. Everyone knows how important it is for me to play here. It’s the most important tournament of my career,” Nadal said on court after the four-hour and 12-minute tug-of-war.

“Very tough match. Djokovic is one of the best players in history. Playing against him is always a big challenge. Against him there’s only one way to play – at your best level from the first point to the last.

“And today was a magic night for me. Unexpected level from me.”

A 10-minute opening game, won by Nadal on Djokovic’s serve, set the tone for the clash of the heavyweights.

He broke a second time with a trademark forehand winner down the line before wrapping up the first set on serve when Djokovic made his ninth unforced error.

The Serbian fell 3-0 behind in the second, but a poorly executed drop-shot by Nadal allowed him to pull a break back.

He faced a break point in the following game, but Nadal was playing too short and the Serbian bagged his fourth consecutive game in a spectacular turnaround.

Nadal just managed to hold for 4-4 but cracked on serve at 5-4 as Djokovic levelled the match.

The Mallorcan, however, started the third set in similar fashion as the first, racing to a 4-1 lead and wrapping it up on yet another unforced error from Djokovic.

In a see-saw contest, Djokovic regained the upper hand to open a 3-0 lead in the fourth set, but Nadal would not go into a fifth set, breaking back for 4-5 before forcing a tiebreak in which he gave his opponent no chance.

Djokovic picked up an ATP 1000 title in Rome before arriving at Roland Garros and had not lost a set in his previous rounds at the clay-court Grand Slam.

The Serb congratulated Nadal on his victory and said he was not surprised by his opponent’s physical fitness during the long battle under the lights of Court Philippe Chatrier.

“I gave my best. I know I could have played better. I’m proud of fighting and staying till the last shot.

“I lost to a better player today. Had my chances. Didn’t use them. That’s it. You know, over four hours’ battle, and I have to accept this defeat.

“I had my chances. Just one or two shots. Could have taken me into a fifth. Then it’s really anybody’s match. But again, he showed why he’s a great champion. Staying there mentally tough and finishing the match the way he did. Congrats to him and his team. No doubt he deserved it.” Reuters/DM