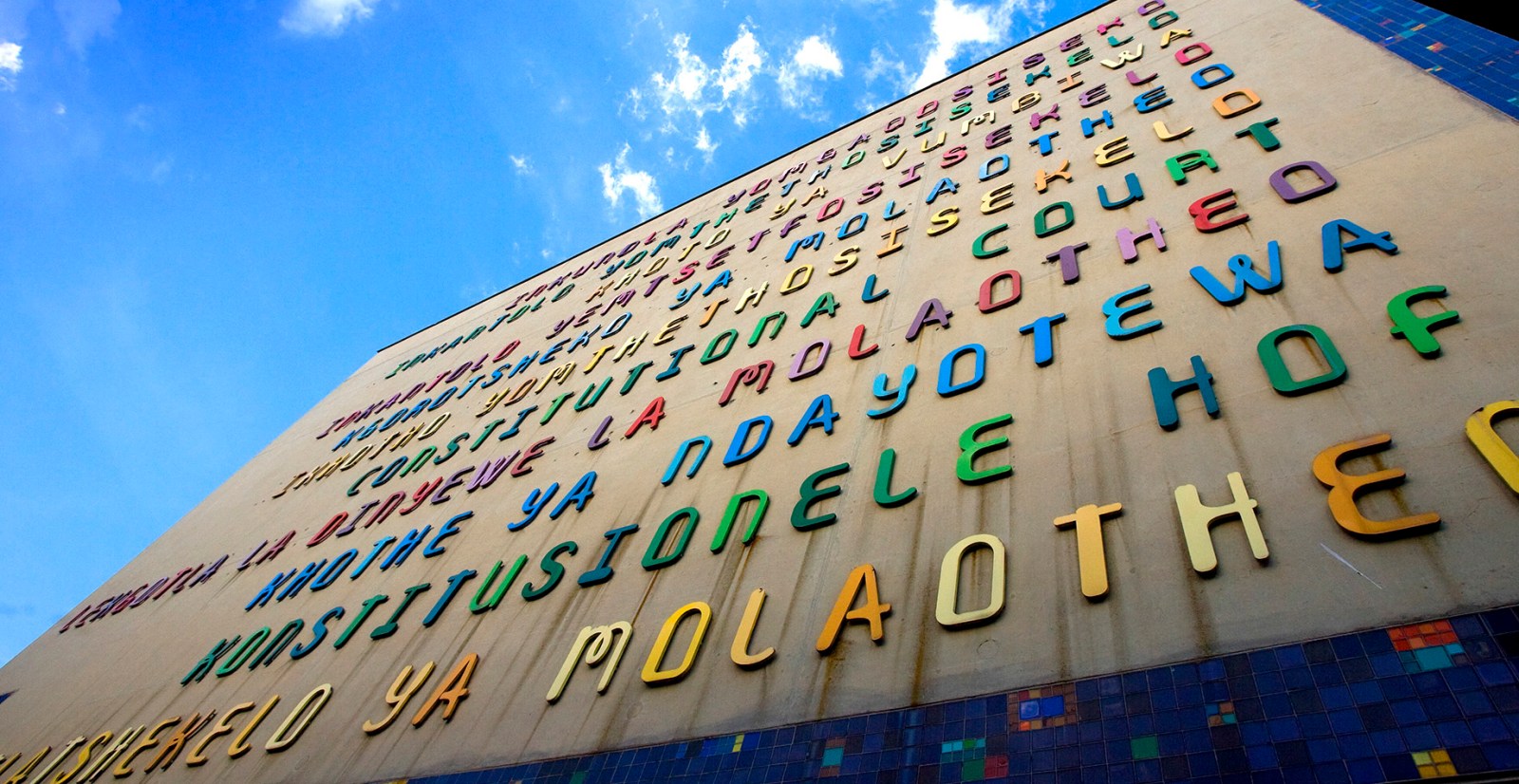 Liqhayiya Tuta said he believed he was being attacked and that two officers did not identify themselves when they tried to arrest him.

A man sentenced to life imprisonment in 2019 for the murder of a police officer and the attempted murder of another, has been freed after the Constitutional Court ruled that the judge who convicted him had made an error in law.

The apex court, in a majority ruling, made the release order on 13 May after hearing Liqhayiya Tuta’s appeal in February. The judges delivered their reasons in a judgment penned by Acting Judge David Unterhalter this week.

Tuta stabbed both police officers in early March 2018. One succumbed to his injuries and the other was hospitalised for 34 weeks and suffered a severely injured eye which has affected his sight.

During the subsequent trial in the Pretoria high court, Tuta admitted stabbing both with a flick knife but claimed he did not know they were police officers. They had been driving an unmarked car and were wearing civilian clothing. He said they had chased him and he acted in self-defence.

He said immediately after the incident, he had sought help from security guards in the vicinity and he had called his sister. The following day he reported the matter to the police but a case could not be opened because he could not identify his “attackers”.

He left his contact details and address and he was arrested the next day at his home.

The surviving police officer, however, testified that initially, he had been wearing a bullet-proof vest with SAPS insignia on it, which he later took off in order to chase Tuta, who was suspected of having stolen a laptop. He said he had told Tuta that “we are the police” before they were stabbed.

On considering the evidence, the trial judge believed the testimony of the police officer and disbelieved Tuta.

In the appeal before the Constitutional Court, Tuta’s counsel argued that the trial judge had not used the correct test for a “putative private defence” (where a person acts believing he is in danger — self-defence in other words).

In a transcript of the judge’s ruling, which was given extempore (a decision given immediately after hearing a case), the judge referred to the test for the defence — being the accused’s state of mind at the time of the offence — as “objective”, which, it was argued, was an error in law.

In a later, typed and signed judgment, this seemed to have been amended to the correct position, that it is a subjective test.

He said when an accused on a charge of murder relies upon a putative private defence the issue to be decided is whether the state had proved beyond a reasonable doubt that the accused subjectively had the intent to commit murder — in other words, whether the accused held the honest, but perhaps mistaken belief, that he was entitled to act in private defence.

Regarding the two seemingly conflicting judgments handed down by the trial judge, Judge Unterhalter said, “the substantive reasons for the judgment handed down in court must stand”.

“It is through this judgment that the accused is convicted and it is also through it that the reasons for conviction are reflected. Its reasons are authoritative and they may not be altered or embellished to give further expression to what the court meant to say. The time for that is when the judgment is handed down by the court.

“It accords with the Constitutional rights of an accused to a fair trial and the duties of a court to pronounce with finality on the case before it,” Unterhalter wrote.

He said in a putative private defence case the simple issue was what belief the accused held at the relevant time and whether his “mistaken belief” was genuinely held, and even a reading of the (second) signed judgment supported the conclusion that the trial judge had confused the test.

Because of that, Judge Unterhalter said, it could not be said that the use of the word “objective” in extempore judgment was merely an error.

And the trial judge had therefore been wrong in law when convicting Tuta.

“The applicant’s evidence was that he was sworn at by his pursuers in a language he did not fully understand. Whether this was reasonably possibly true required a careful assessment of what occurred after the applicant stabbed the police officers,” Judge Unterhalter said.

Tuta’s evidence was that he had informed security guards, and sought help. He reported the incident to the police, claiming he had been attacked by two men who tried to rob and abduct him.

The fact that he was arrested at his home, meant the overwhelming likelihood was that the police only knew where he was as a result of his report.

This evidence was not challenged by the prosecution and yet the trial judge had rejected it as being inconsistent and improbable, Judge Unterhalter said.

“His version of what he did after the stabbing is consistent with his version that he thought he was being attacked, that his life was in danger … and that he needed to protect himself.

They said the use of the word “objective” might have been an error in transcription and said neither judgment provided evidence of an error in law. They said the court ought not to have granted leave to appeal. DM