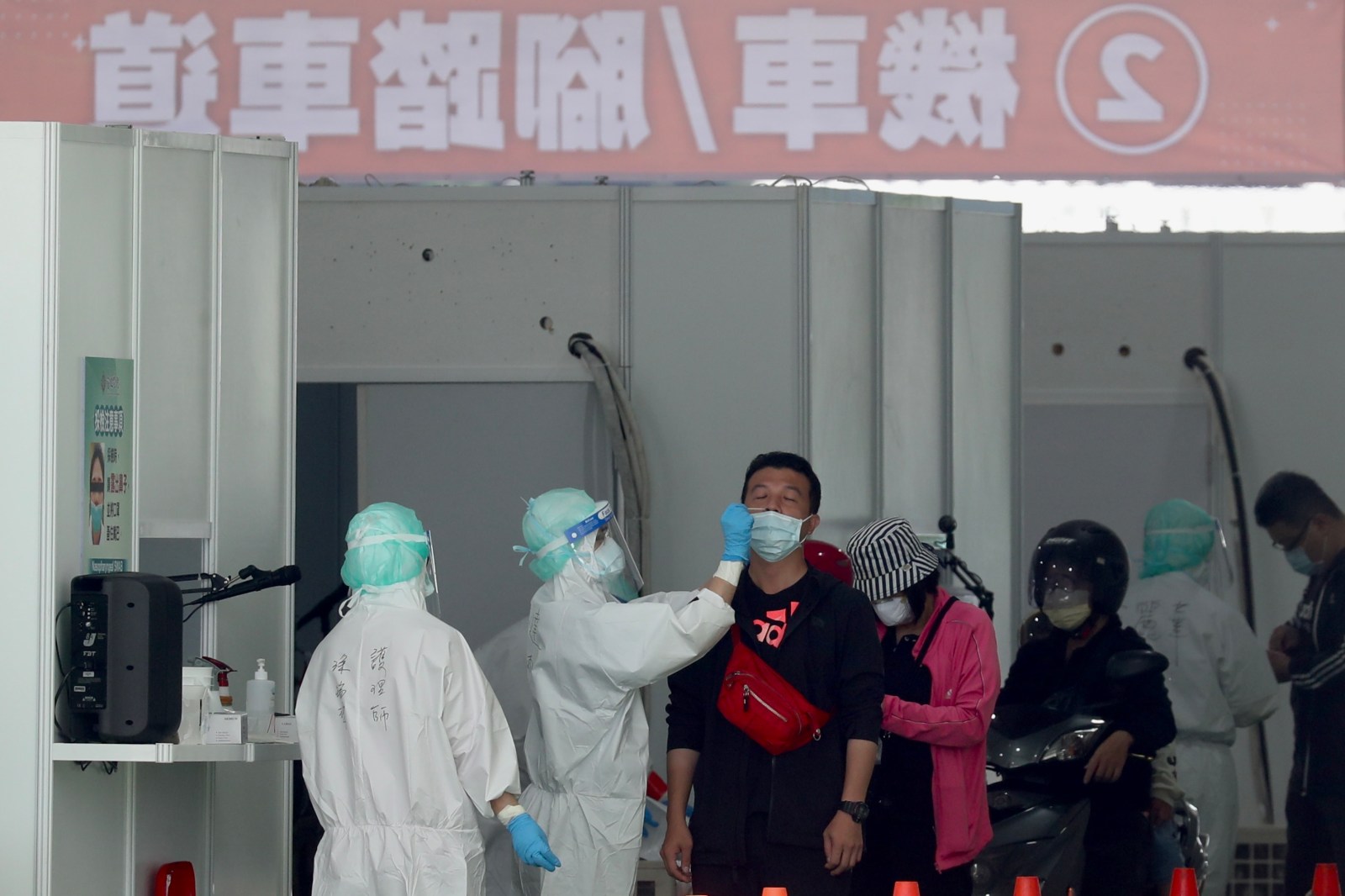 A makeshift Covid-19 testing facility next to Chiang Kai-shek Memorial Hall in Taipei, Taiwan, 18 May 2022. EPA-EFE/RITCHIE B. TONGO

TAIPEI, May 27 (Reuters) - The Covid-19 pandemic in Taiwan has reached a plateau, with cases at a high but stable level, the government said on Friday, as it maintained a policy of gradually easing restrictions and letting the island live with the virus.

Health Minister Chen Shih-chung said infections could stay near the current level for a while before declining. He has previously forecast a peak could appear in late May.

The more than 94,800 cases and 126 Covid-related deaths reported for the latest 24 hours were both records, but Chen pointed to the trend.

“Overall, daily cases remained stable,” the minister told a news conference. “They have plateaued in the past week or so. We hope this peak will pass soon.”

Even with cases hovering around 70,000 to 90,000 a day, the government is determined to end a highly praised zero-Covid policy that has included largely closing borders.

Hospital beds earmarked for Covid-19 patients were at 59% occupancy and the load on medical resources remained stable, Chen said, though he added that the government was closely watching a measure of fatality.

“We are on high alert and watching this number closely,” he said, urging hospitals to allocate enough intensive-care units for Covid-19 patients.

The government calls its shift in policy the “new Taiwan model” – gradually living with the virus and avoiding shutting down the economy. Shops, restaurants and gyms are now open and gatherings are allowed as usual, but mask wearing is required in many settings.

Most cases in highly vaccinated Taiwan are of the Omicron variant, with more than 99.7% of patients exhibiting mild or no symptoms.

The minister said authorities were working to further relax border controls. New policies would be announced in June, he said, without elaborating.

“Sooner or later Taiwan will reopen its borders,” he said. “It’s something that has to be done.”

Taiwan has never gone into a full lockdown, though its borders remain largely closed except to citizens and holders of residence cards.