Some in Beijing back to work, Shanghai inches closer to...

Some in Beijing back to work, Shanghai inches closer to ending Covid-19 lockdown 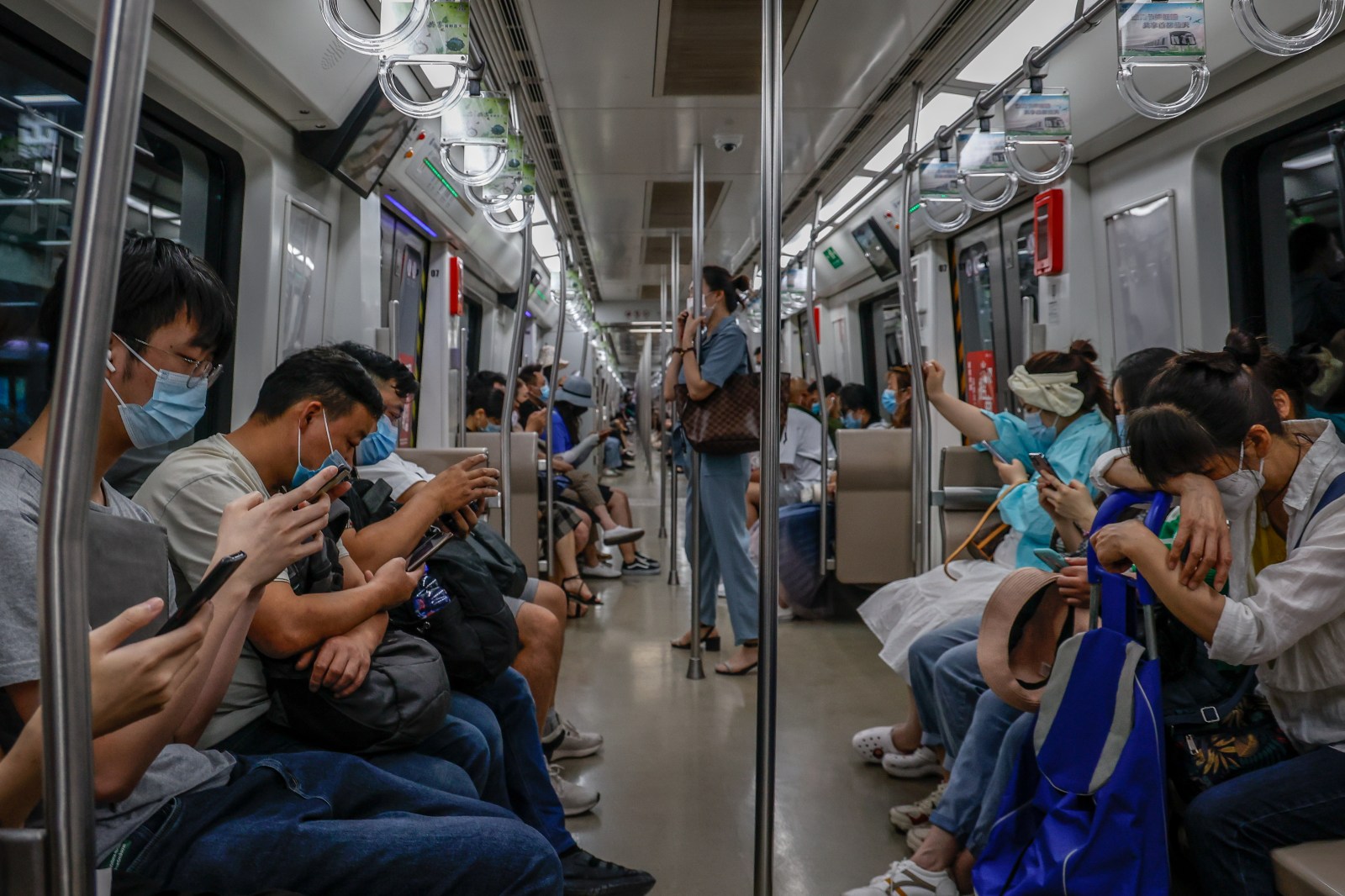 People ride a train in Beijing, China, 30 May 2022. Beijing has relaxed COVID-19 restrictions in low-risk areas, allowing certain establishments such as malls, libraries, museums, theatres and gyms to open with limits on number of people while most of public transport resumed its services. Dine-in services in restaurants continue to be banned in the city. EPA-EFE/MARK R. CRISTINO

BEIJING/SHANGHAI, May 30 (Reuters) - Streets in Beijing were busier on Monday as residents in two districts were allowed to return to work, while Shanghai inched closer towards lifting its two-month old Covid-19 lockdown from Wednesday, as the number of infections across China dropped.

China is alone among major countries in pursuing an uncompromising “zero Covid” policy aiming at eradicating outbreaks at just about any cost, while most of the world tries to co-exist with the virus.

China reports daily new cases in the hundreds compared with many Western nations which report tens of thousands of new Covid-19 cases each day.

But there may be some respite soon.

In the capital Beijing, the districts of Fangshan and Shunyi ended work-from-home rules, while public transport largely resumed in the two districts as well as in Chaoyang, the city’s largest.

Libraries, museums, theatres and gyms were allowed to reopen on Sunday, though with limits on numbers of people, in districts that have seen no community Covid-19 cases for seven consecutive days. Still, restaurant dining is banned throughout the city.

Shanghai, China’s commercial hub of 25 million, plans to finally lift a painful two-month lockdown from Wednesday, but there is still much confusion about what its exit will look like and how gradual it might be.

Businesses were told they can resume operations, but most residents have not been told when they can leave their housing compounds, much of public transport remains suspended, and no private cars are allowed on the roads without prior approval.

A banker at a foreign lender in Shanghai said their human resource and logistics departments had told staff the management was still unsure whether people can return to work on Wednesday.

“Nothing is clear and the bank has no idea either,” the banker said, declining to give their name.

On Sunday, Shanghai authorities said they will remove “unreasonable” conditions for businesses to resume work from Wednesday and announced 50 policy measures to support the economy.

The measures include accelerating the issuance and use of local government bonds, asking banks to renew loans for small and medium sized enterprises and speeding up approval of real estate projects. The city will also reduce some passenger car purchase taxes to spur auto consumption.

There were no specific details about which restrictions on businesses would be removed.

“Let’s only talk about resuming work when we are allowed to freely go in and out of our housing compounds,” one social media user commented on a local media article on the latest Shanghai measures.

While there have been signs activity levels recovered somewhat this month from dire numbers in April, the strength and sustainability of any rebound depends largely on Covid-19 developments.

Shanghai, Beijing and other cities in China have made significant progress in bringing daily caseloads lower, but uncertainty remains high, as the highly-transmissible Omicron variant is prone to making comebacks.

The zero Covid strategy is a signature policy of President Xi Jinping, who is widely expected to secure a precedent-breaking third leadership term this autumn.

Chinese authorities have recently doubled down on the strategy, saying it is saving lives and have threatened action against critics suggesting an exit plan was not imminent.

Goldman Sachs economists said they could discuss China’s zero COVID policy in only one out of more than 10 recent meetings with clients in Beijing, “potentially due to its political sensitivity”.

It will be key for China to avoid another Shanghai-type lockdown, especially in a major population centre and industrial hub, and authorities are hoping frequent mass testing of people would allow them to detect outbreaks at an early stage.

China aims to have COVID testing facilities within 15-minutes’ walk of everyone in its big cities.

The Chinese government is on track to spend more than $52 billion this year on testing, new medical facilities, monitoring equipment and other anti-COVID measures, which will benefit as many as 3,000 companies, analysts say.

Shanghai reported fewer than 100 new COVID cases for May 29, while Beijing recorded 12. Across the country, China reported 184 new cases, down from 293.

By Ryan Woo and Winni Zhou