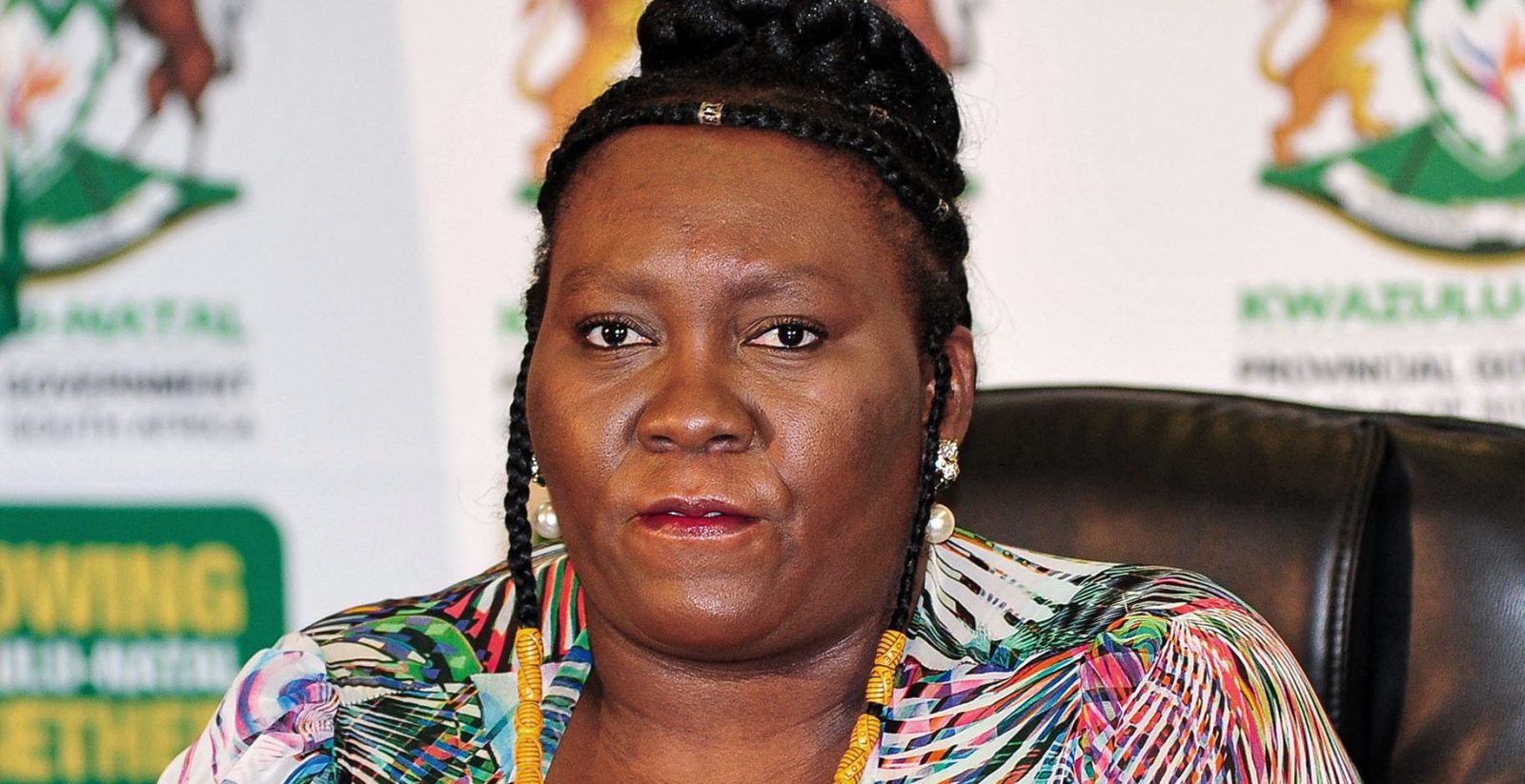 Government’s move to reduce HIV/Aids infections among key populations has been cautiously welcomed by groups working with the LGBTQI+ community.

The Department of Health in KwaZulu-Natal has set aside more than R20-million in an effort to reduce HIV infections among the LGBTQI+ community.

While delivering the province’s health budget recently, KZN MEC for Health Nomagugu Simelane-Zulu announced the province’s plan to introduce prevention devices such as dental dams, finger cots and lubricants in an effort to intensify the department’s HIV response for the lesbian, gay, bisexual, transgender, queer and intersex (LGBTQI+) community.

Responding to questions from Daily Maverick about the proposed programme, the Health Department said lubricants were part of a national contract. They said dental dams, finger cots and non-latex condoms were still being sourced through procurement processes as they were not part of the national contract.

Meanwhile, R23-million has been budgeted by the department for the provincial programme in the 2022/23 financial year. Not only is the programme expected to benefit the LGBTQI+ community, but also those who are allergic to latex condoms.

The department said it was hoping to work with all health facilities as well as NGOs that currently cater to the LGBTQI+ community.

Their plan is to provide these tools to those who need them when they present at health facilities. They said it has always been a deficiency on the part of the department not to offer HIV prevention to the LGBTQI+ community.

Delivering the budget vote, Simelane-Zulu said they aim to ensure that, from this financial year on, facilities provide a range of sexual health devices such as lubricants, dental dams and finger cots in order to reduce HIV/Aids infections among the LGBTQI+ community.

“These devices enable partners to please each other using their fingers or tongues without running the risk of acquiring sexually transmitted infections through direct physical sexual contact.

“Because, contrary to what some may believe, members of the LGBTQI+ community are also vulnerable to the transmission of bacteria and/or STIs, including HIV/Aids.

“Our ultimate aim is to make all our healthcare facilities LGBTQI+ friendly,” said Simelane-Zulu.

She explained that the department had begun formulating its own LGBTQI+ friendly clinics in eThekwini and Umgungundlovu, where they are starting out. They hope to provide training “on how to make members of the LGBTQI+ community feel welcome and how to help them gain better access to healthcare”.

While section 27 of the Constitution states that everyone has a right to healthcare services, Simelane-Zulu said they are aware that members of the LGBTQI+ community have unique health needs and are a vulnerable group.

She said it was unfortunate that Covid had interrupted some of the department’s programmes.

However, she added that through partnerships with NGOs such as the Aurum Institute in Pietermaritzburg and Beyond Zero in Durban, they had been able to support some of the initiatives catering to this group. Although this has been lauded by NGOs representing the LGBTQI+ community in KZN, concerns do remain.

Sphelele Nxumalo, coordinator for Uthingo Network, said they were worried about the sustainability of the programme.

“While we are happy to hear this, the question of sustainability remains a huge concern … health facilities often run out of medication. The dental dam is more than R10, while the finger cot also costs more than the male condom.”

Nxumalo said she was impressed with the enthusiasm shown by Simelane-Zulu, pointing out that numerous meetings had been held previously where promises were made and not kept. Nevertheless, Nxumalo warned that the department would have to do more than just provide tools – they would also have to work hard to educate its staff.

“The attitude among some staff members is undesirable. There are still people who will ask a lesbian woman how they got HIV as a lesbian.”

She believes educating healthcare workers needs to happen at training level and that workshops have to be refresher courses. The director of Same Love Toti, Kim Lithgow, says access to healthcare remains a challenge for the LGBTQI+ community.

“Staff are not trained on how to treat the LGBTQI+ community. They will often be disrespectful. Some LGBTQI+ people face secondary victimisation due to homophobia when they try to access help,” she says.

Lithgow believes the provision of protective tools for the LGBTQI+ community will not only benefit them, but also the rest of society, as some have intercourse with heterosexual people.

She hopes the decision by the department will lead to the full provision of other services such as hormone therapy, currently only available in some facilities in Pietermaritzburg.

TransHope executive director Sazi Jali said the move had been long-awaited. She said lubricants are mostly not accessible and that it had always been a huge concern that there are no dental dams and that the only form of protection has been that that recognises heterosexual sex.

Jali believes the provision of those tools in government facilities will show the department’s commitment in acknowledging LGBTQI+ people and lead to the community doing the same.

She also stressed the importance of educating healthcare workers as they will have to provide the healthcare assistance required.

Lesbian and Gay Community and Health Centre head Nonhlanhla Mkhize said they were pleased the department was giving people what they want so they can use the tools available and decide whether they work for them.

She said they would like to see some devices, such as the dental dam and female condom, being produced in the country in order to suit the needs of those who need them, but they understand that this will take some time.

While welcoming current developments, they will still “advocate improved messaging, training of staff, improved and diverse packages of prevention commodities and for more attention to be put on transgender health in the form of provision of hormonal therapy and gender alignment surgery”. DM/MC