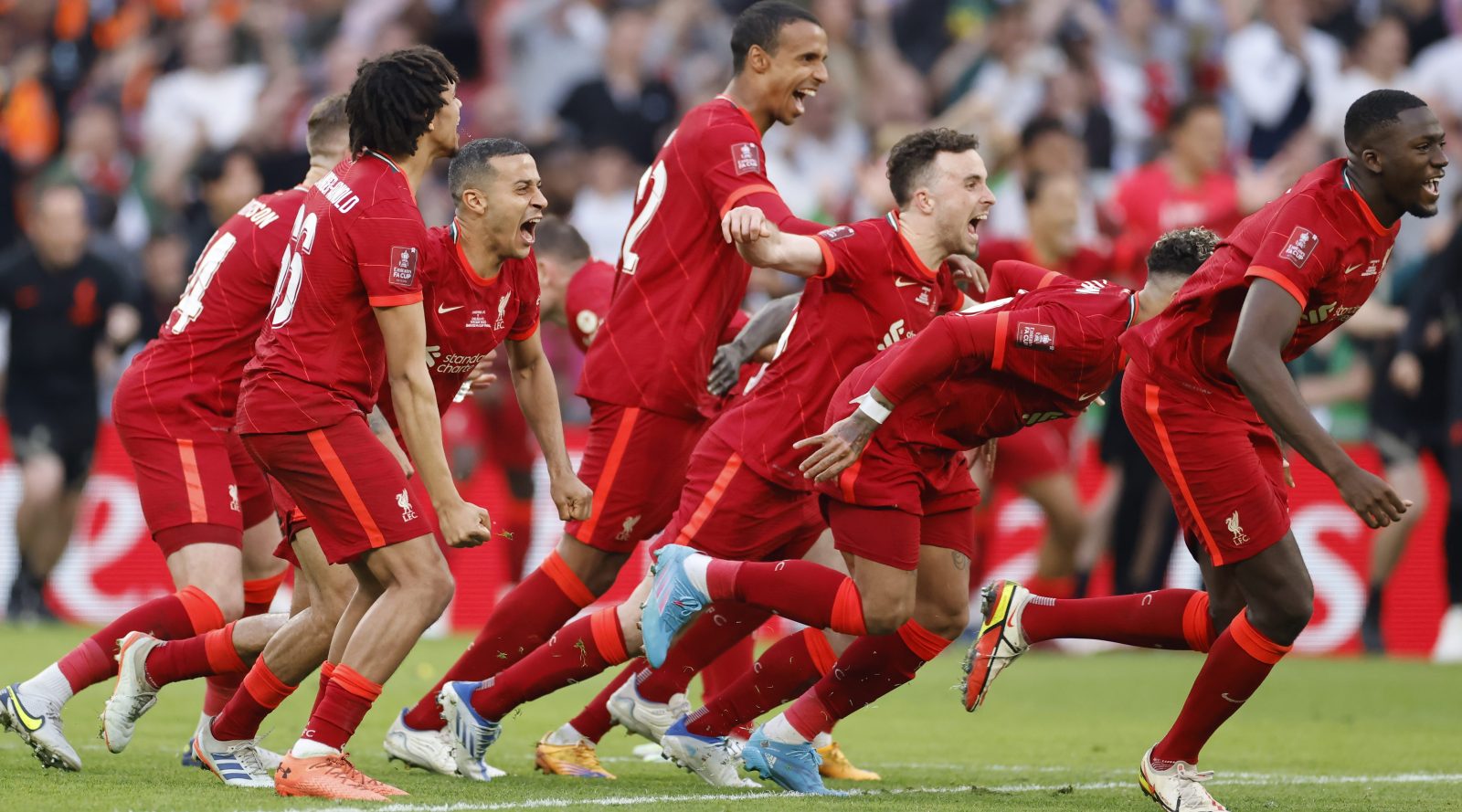 The Reds play their last match of a brilliant season in the Uefa Champions League final. They could become the first English club to win the FA Cup, League Cup and Champions League in the same season.

Paris – Liverpool. Real Madrid. European footballing royalty competing for the biggest club title in world football in the City of Light 41 years after they met on the same stage, in the same competition and in the same city, is serendipitous.

Fond nostalgia is for the winners. For Liverpool Football Club, a seventh Champions League title is all that matters now.

The joy of that great 1981 team beating Real Madrid 1-0 at the Parc des Princes thanks to an 83rd-minute Alan Kennedy goal, will never diminish, but 2022 is about writing a new chapter.

Jürgen Klopp’s team will play their 63rd and last competitive match of a season that started on 14 August 2021. But their assault on the 2022 Champions League goes back a little further than that. On 16 May 2021, in the 95th minute, goalkeeper Alisson Becker came forward for the last play of the Premier League season against West Brom.

The scores were locked at 1-1. Liverpool needed to win to secure qualification for Champions League football in 2022. Alisson headed in the winning goal, and now, 53 weeks later, the Reds are on the brink of a seventh Champions League title thanks to that unlikely goal.

Bodies are creaking and minds are tired after fighting for every title in a season that has been as relentless as it has been compelling and successful. Liverpool have won the League and FA Cups in England. The 2022 season for the Reds from Merseyside could tip into greatness and folklore at the Stade de France on Saturday, 28 May.

But this is a club that knows about pain and glory. Success is not a foregone conclusion. Thirty years between Premier League titles (1990–2020) shows that even exceptional dynasties can end. Which is why the pressure on this great generation of Liverpool players to win is massive.

The first silverware Klopp delivered for Liverpool was the Uefa Champions League (UCL) in 2019, which the Reds won 2-0 over Tottenham Hotspurs in Madrid.

A year earlier, Liverpool lost the final 3-1 against Real Madrid in Kyiv – the last time Los Blancos won a title as synonymous with the club as 13 titles suggest.

That night, Liverpool’s star forward Mohamed (Mo) Salah dislocated a shoulder after a cavalier challenge from Madrid hard man Sergio Ramos. Salah was ruled out of the game and struggled to be fit for the World Cup later that year. Ramos has moved on from Real, but the experience still nags at Salah.

“I remember when I went out after 30 minutes or something, it was the worst moment in my career,” Salah told reporters this week. “I was really, really down in that time. I never felt that feeling before in football, especially because it was the first Champions League final for all of us, or most of us. We managed to win it the year after, so that was also kind of revenge in a way. But we meant it in the best way possible.”

‘You always meet twice in life’

Klopp, though, is not interested in revenge against Real Madrid.

“I don’t believe in revenge. I understand it, but I don’t think revenge is a fantastic idea. I am not sure it is the right thing to do,” the coach told the media.

“I understand what Mo said – he wants to put it right, I want to put it right, but in Germany we say you always meet twice in life. So, behave better in the first moment because you will meet again. You will get a reception, but don’t talk about the reaction.

“If [someone] gives us an opportunity to win it this time, I think it would be a great story, but it will not happen because of what happened in 2018. It will happen because we make the right decisions on the pitch.”

There is one inescapable truth about this Liverpool team:  they will not give up. The identity Klopp has instilled manifests in their relentless effort on the pitch as much as their outstanding results.

They were 14 points behind Manchester City in the Premier League in January, and ended one point behind. Liverpool failed to win the title, but they displayed so much tenacity under constant pressure that the moniker “mentality monsters” is a fact rather than a nickname.

“The world is not full of winners; the world is full of triers. I prefer to try to win,” Klopp said before the penalty-shootout FA Cup final win over Chelsea.

Liverpool only lost one match en route to the Paris showdown after emerging from the so-called group of death featuring AC Milan, Atlético de Madrid and FC Porto with six wins from six matches.

The lone loss was a 1-0 home defeat in the round of 16 tie against Inter Milan after Liverpool had won the first leg 2-0. If there was one game to lose, that was it.

On Saturday night, though, there is no second chance. There is only one chance left to be crowned 2022 UCL winners. Will it be lucky number 63 for Liverpool? DM168

–    The Reds have won six and lost three finals.

–    This is their third UCL final in six years under Klopp.

–    If they win, Liverpool will join AC Milan in second place on the all-time list with seven titles. DM168