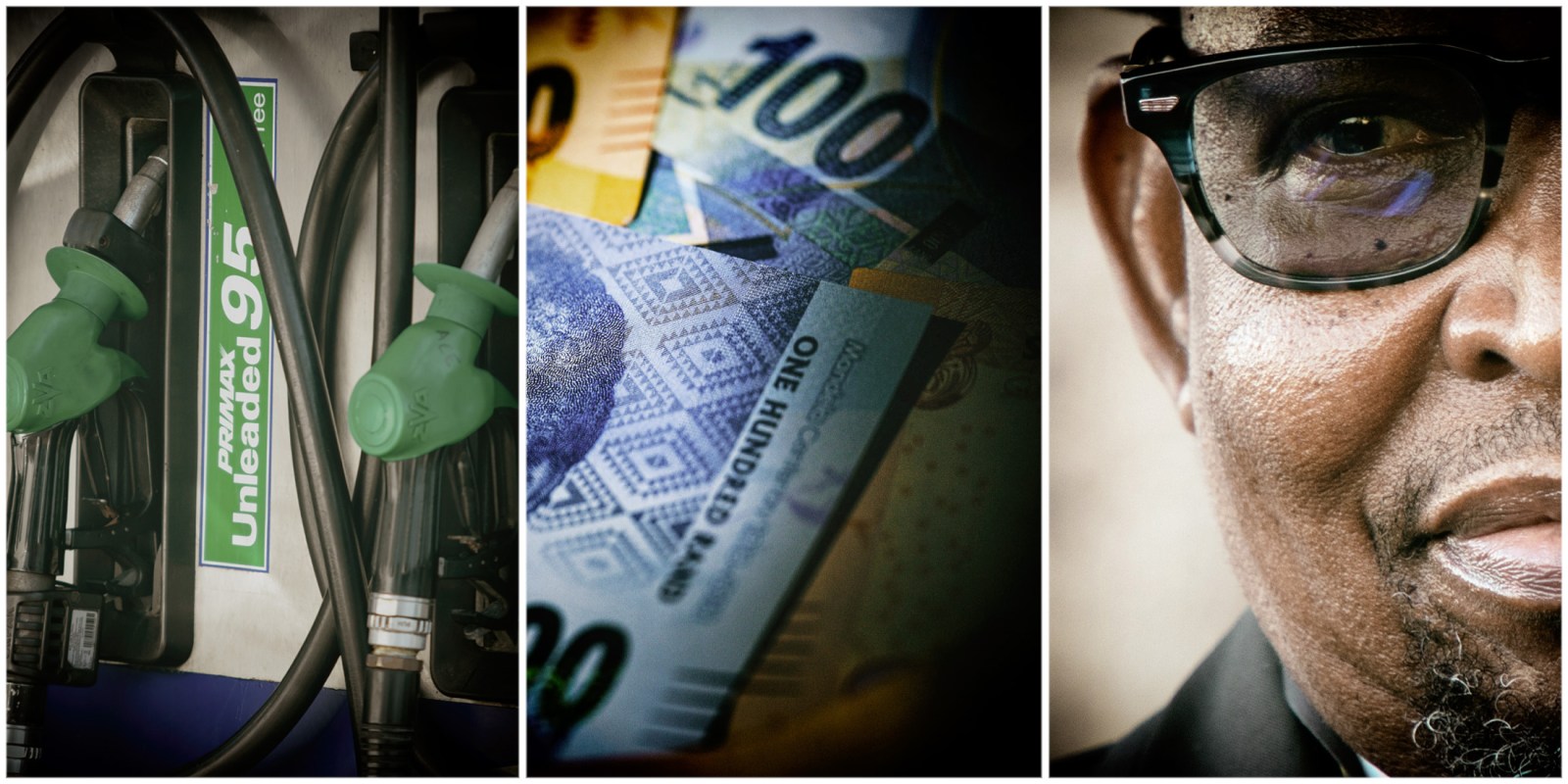 Hard-pressed South African consumers are holding their breaths for anticipated petrol price hikes next week, with various proposals on the agenda. In an interview on Friday, Finance Minister Enoch Godongwana told Daily Maverick that he meets ministers and officials on Sunday.

Finance Minister Enoch Godongwana and Mineral Resources and Energy Minister Gwede Mantashe are expected to meet with their officials on Sunday to discuss the expected sharp rise in petrol prices on Wednesday, 1 June.

Godongwana told Daily Maverick on the sidelines of the African Development Bank’s annual meetings in Accra, Ghana, on Friday morning that there “are a lot of proposals that are being looked into” in this regard.

“Everyone understands that this increase is a blunt instrument that will cut across food prices and that will raise the cost in the economy, and therefore something must be done.”

He said the “content and format” of the relief will be announced next week, and hinted that it could involve more comprehensive measures than just focusing on the fuel levy.

Opposition parties and lobby groups have been pressuring government to consider extending the R1.50 per litre reduction in the fuel levy. It was dropped for the first time in March, to mitigate the rise in fuel costs as a result of the conflict in Ukraine.

The fuel levy is scheduled to return next week, and together with expected fuel price increases of between R2.27 and R2.36 per litre for petrol from 1 June, the petrol price could reach unprecedented highs of almost R25 a litre.

Commentators have warned that this kind of economic shock could lead to increased social instability.

Godongwana, who has been attending meetings in Accra all week, and who will be back in South Africa on Sunday morning, hinted that a number of suggestions had been tabled. But as finance minister, he said he has to keep in mind various considerations.

Godongwana said as Minister of Finance he’s in a “difficult environment”  – people criticise him as not caring about the poor if he doesn’t deal with the fuel price or if he doesn’t extend the R350 special Covid grant.

Still, Godongwana appeared relaxed enough to crack a joke about Minister in the Presidency Mondli Gungubele telling him in a Thursday night phone call that he – Gungubele – almost forgot he was supposed to be Acting Finance Minister in Godongwana’s absence.

Gungubele on Thursday addressed a post-Cabinet press conference, in which he confirmed that the government was considering how best to ease the shock of the expected fuel price hike.

He told journalists the government is giving “special consideration” to intervening to “ensure that fuel prices remain reasonable” as a sharp rise would affect the economy “very strongly”.

Government introduced the temporary 40% reduction in duty imposed on fuel for April and May, with the hopes that global energy prices would have stabilised by now.

A slight strengthening of the rand in recent times means that the increase wouldn’t be as high as R3.90, as previously anticipated by the Central Energy Fund. DM