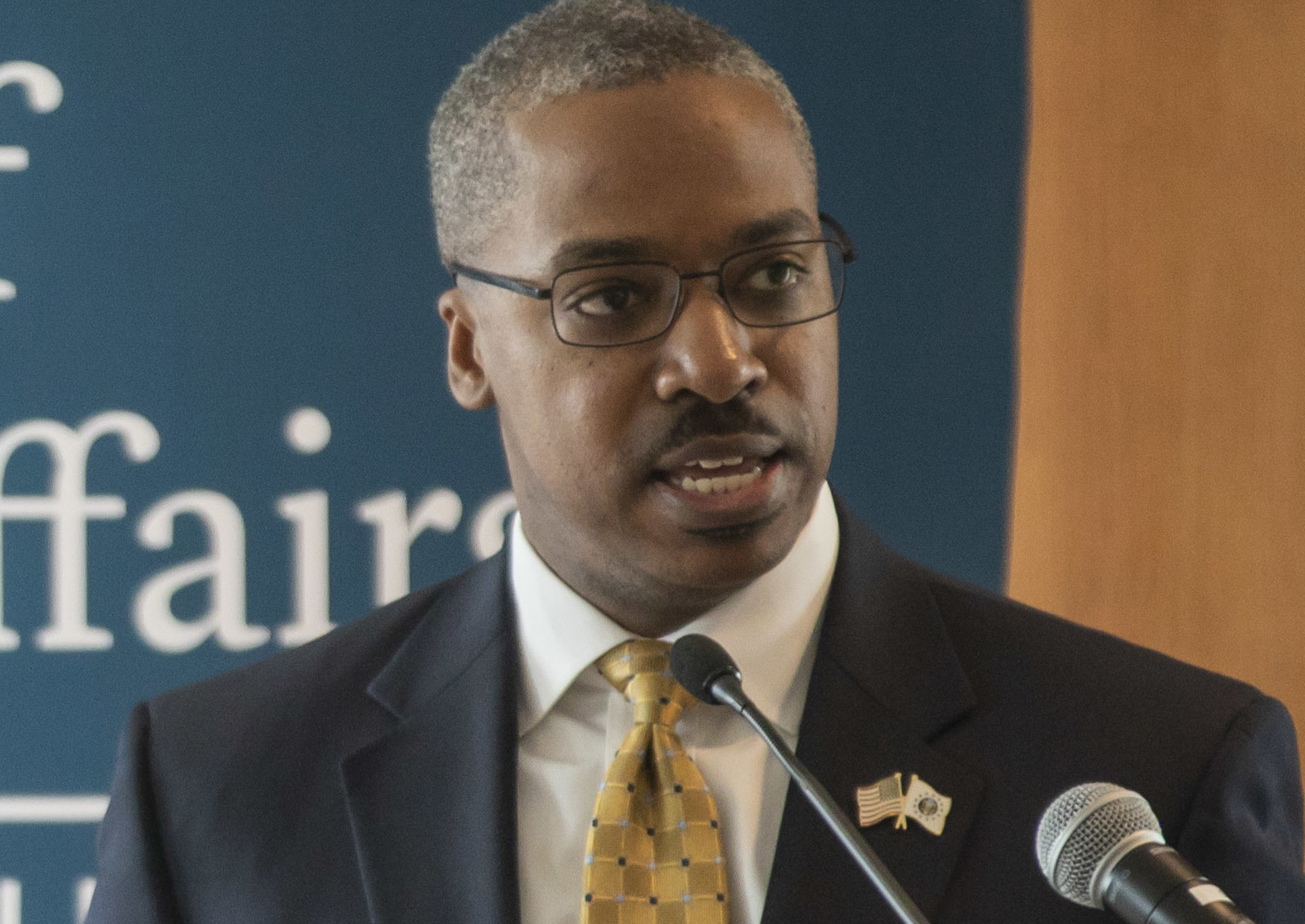 The probable next US ambassador to South Africa, Reuben Brigety. (Photo: Wikimedia)

Diplomat and academic Reuben Brigety tells the Senate Foreign Relations Committee why he should be the next US ambassador to South Africa.

US President Joe Biden’s nominee as ambassador to South Africa, Reuben Brigety, had to explain to the US Senate Foreign Relations Committee this week why he had once called ex-President Donald Trump “America’s first Nazi-in-Chief”.

Brigety apologised for his strong language but not for his criticism of Trump. The committee will later vote on his nomination, but it will be up to the full Senate to decide whether to confirm him as ambassador. It’s not yet clear if his insult to Trump might trip up his confirmation.

Brigety has had a diverse career, as a diplomat who served as ambassador to the African Union, as the head of universities and as a naval officer.

In February, President Joe Biden nominated him to be ambassador to South Africa, a post which has been vacant since Trump’s appointee, South African-born businesswoman Lana Marks, left Pretoria after Trump was defeated in the 2020 election.

At his confirmation hearing before the Senate Foreign Relations Committee on Tuesday, Brigety was asked by Republican Senator Mike Rounds of South Dakota to explain an article he had written in Foreign Policy magazine in 2017. In it, he called Trump “America’s first Nazi-in-Chief” in response to remarks Trump had recently made about demonstrations by neo-Nazis, Klansmen, white supremacists and others in Charlottesville, Virginia against the removal of statues in the city of Confederate heroes.

These demonstrators had clashed with anti-racist protesters. One of the latter group was killed when a white racist drove his vehicle into the anti-racist demonstrations. Trump had responded by saying, among other things, that there were “very fine people on both sides” of the protests.

Brigety recalled in the Senate this week that he had apologised at the time for his remark about Trump, “which was beneath the dignity of the office and beneath my own long-established standards for dignity and decency”.

But Brigety said one could still disagree with Trump’s remark that “there were very fine people on both sides” of the Charlottesville protests.

“One of those sides comprised neo-Nazis and white supremacists who planned, organised and executed a violent and indeed murderous riot,” he said.

Brigety added that the purpose of his article in 2017 had been to urge members of Trump’s administration “to please speak out against these violent neo-Nazis who were chanting: ‘Jews will not replace us’ and: ‘You will not replace us.’

“Senator, I believe that people of goodwill, regardless of their political affiliation, should all rise to condemn violent racism in our country,” he told Rounds. If not, the violent racism would metastasize, he added, noting the recent incident where an 18-year-old, motivated by the same replacement ideology as the Charlottesville demonstrators, had gunned down 10 people in a Buffalo, New York, grocery store just because they were black.

Democratic Senator Chris Murphy of Connecticut noted that the South African government had abstained from UN General Assembly votes condemning Russia for its invasion of Ukraine.

What leverage could the US use on South Africa to shift its position? he asked Brigety.

Brigety agreed with Murphy that SA’s vote to abstain had been “quite disappointing” and “unfortunate”. However, he added that there had been a great debate in South Africa about its vote in the UN and many people in civil society had said the government should have supported Ukraine.

Brigety noted that this issue had already been raised with South Africa at the highest level, by Biden to President Cyril Ramaphosa and by Secretary of State Antony Blinken to his counterpart Naledi Pandor. This had given the US a clearer understanding of South Africa’s vote.

Democratic Senator Chris Coons of Delaware asked Brigety what he would do to deepen US relations with South Africa and to encourage it to continue to play a significant role in building security, democracy and development in its region.

Brigety said there were historic reasons why US-SA relations had been “fraught”, not least the memory of the SA government and ANC leaders of US policy towards apartheid South Africa.

“But the future is forward,” he said, adding that if confirmed, he would use the platform of the embassy in Pretoria to strengthen relations.

Democratic Senator Jeanne Shaheen of New Hampshire asked Brigety what he would do about China’s growing influence in Africa, including South Africa.

He replied that the key to changing the narrative was to greatly increase the engagement of the US private sector in Africa and he would work to do that.

Brigety said he would pursue “ubuntu diplomacy” in developing and strengthening relations between the US and SA  if confirmed as ambassador.

South Africa was currently experiencing “the most dramatic political, economic and social developments since the end of apartheid”, including “shifting electoral politics, a reckoning over years of official corruption, and ongoing efforts to address inequalities in the economy”. Despite these “profound challenges”, the country’s future remained bright.

If confirmed, he would focus on three central objectives. The first would be improving the human condition of South Africans and preserving the natural environment. This would include the effective implementation of the US’s Pepfar huge initiative against HIV/Aids; helping to end the Covid-19 pandemic; implementing climate change initiatives such as the just energy transition and boosting education and training.

Second, he would promote new US investment, especially by businesses that created jobs.

“Finally, I will be a tireless advocate for democracy and democratic values.” DM