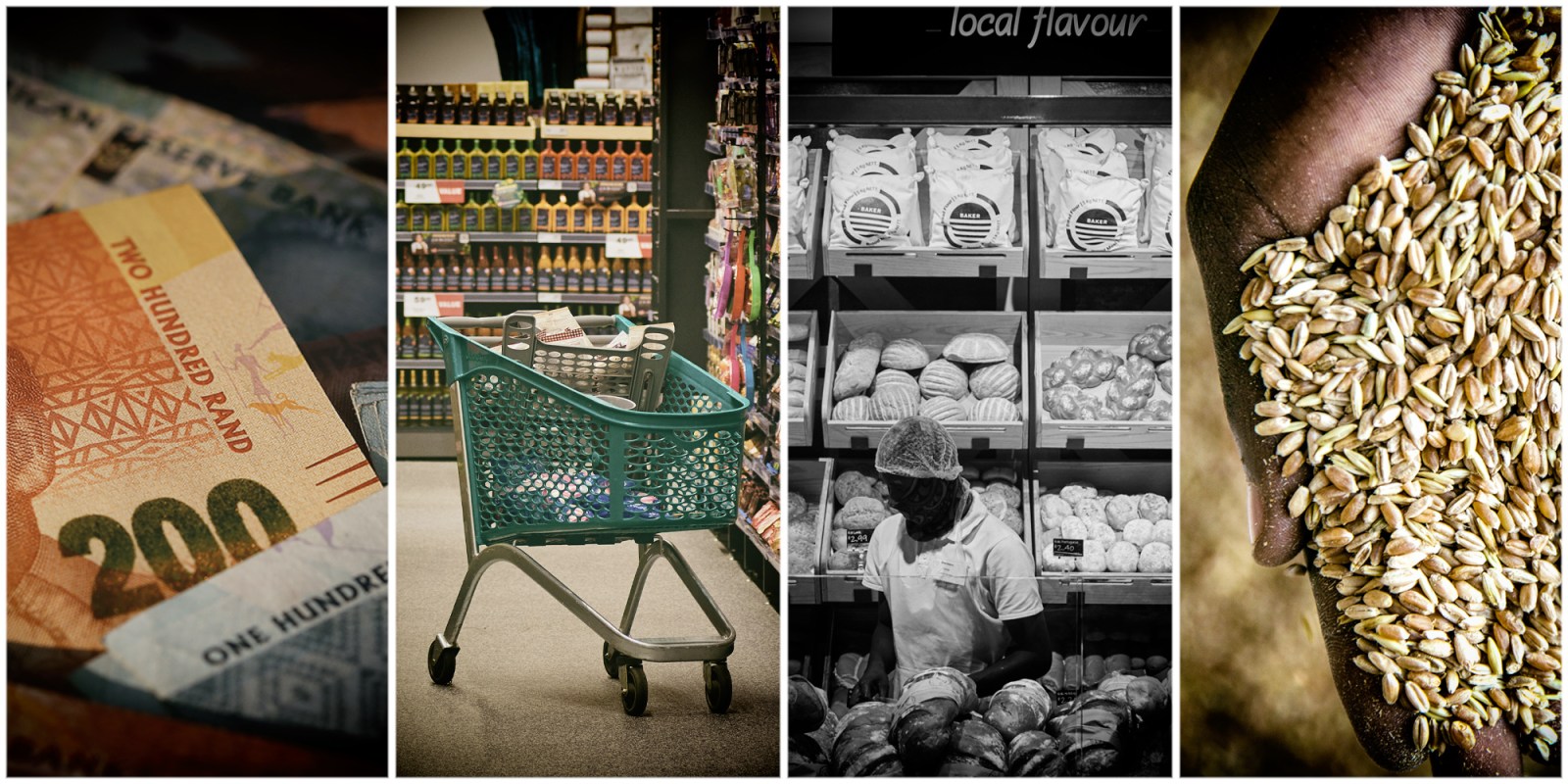 Food manufacturers and retailers are warning of further increases in the prices of grocery staples in the coming months, adding more financial pain for consumers who are already facing a cost of living crisis.

The pain will be felt across the board, as the cost of groceries in South Africa — be it meat, bread, pasta or cooking oil — will go up, some by double digits.

Tiger Brands, South Africa’s largest food manufacturer, is the latest company to warn that prices for basic grocery items will “go through the roof” in the coming six months.

Tiger Brands expects inflation for some food categories such as bread, maize meal and baking flour (exposed to volatile commodities such as wheat and other grains), to rise by between 15% and 20%. For context, inflation for these food categories, mainly bread and cereals, was measured at 4.8% in April, according to the latest figures from Statistics South Africa.

The headline inflation rate for all food categories was 6%.

Higher inflation is usually looked at as a negative because it increases input costs (raw materials and labour) for food producers. And for consumers, it reduces their standards of living.

Tiger Brands experiences changes in inflation before consumers do, given the company’s exposure to volatile commodities that are required to produce staple groceries.

Tiger Brands CFO Deepa Sita says that based on the company’s internal costs to produce food – and negotiations with suppliers – the abnormally high inflation environment is here to stay for a long time.

“We don’t see the end [of high food inflation] anytime soon … The reality is that everyone is bracing themselves for this to continue for a fair amount of time,” Sita told Business Maverick.

Like Tiger Brands, consumer goods companies around the world are grappling with soaring energy, commodity, labour and transport costs, which makes their cost of producing food more expensive.

Russia’s invasion of Ukraine and intensified Covid lockdowns in China have disrupted supply chain networks and exacerbated cost pressures that were already building up during the pandemic recovery.

The ongoing crisis in Ukraine and Covid lockdowns have pushed up the price of hard and soft commodities such as oil, wheat and other grains. On the latter, Sita says Tiger Brands is feeling the pressure as wheat and grain prices, which are out of its control, increased between 20% and 40% in recent months.

Even packaging costs for products such as tins and plastics, some of which Tiger Brands imports, increased. So, Tiger Brands was forced to pass on the cost to consumers.

In the past month, Tiger Brands announced increases in the price of bread produced by its bakeries division. Major retailers across the country purchase bread from Tiger Brands and any price adjustments would naturally be passed on to consumers.

Increases in other food categories beyond bread are inevitable.

Tiger Brands managed to shield consumers from dramatic price increases in other food categories immediately after Russia invaded Ukraine because it has a strategy of forward-buying and stockpiling soft commodities.

But as stock runs out, there will be a dramatic change in food inflation over the coming months.

Sita says Tiger Brands has observed that consumer buying patterns have shifted from bread to rice, because the former is becoming expensive.

“The bread category is highly competitive. Consumers are looking for a value offering and they tend to switch bread brands based on affordability.

“Meanwhile, raw materials in our rice business declined and we passed this deflation to consumers. Consumers are using rice as a basket-filler to offset higher bread prices.”

Even at a retail level, grocery stores are feeling the inflation squeeze.

Business Maverick understands that retailers such as Pick n Pay are forecasting a headline food inflation rate of 8% to 10% before the end of 2022.

Pick n Pay’s internal selling price inflation (also a measure of food inflation) for the year to the end of February 2022 was 2.9%.

Pick n Pay CEO Pieter Boone says: “Inflation is hitting South Africa as it is the world. Inflation in our business is low, but it is rising. We are trying to put in mitigation actions to fight inflation, such as sourcing products at affordable rates.

“Passing cost increases to consumers would be extreme.” DM/BM