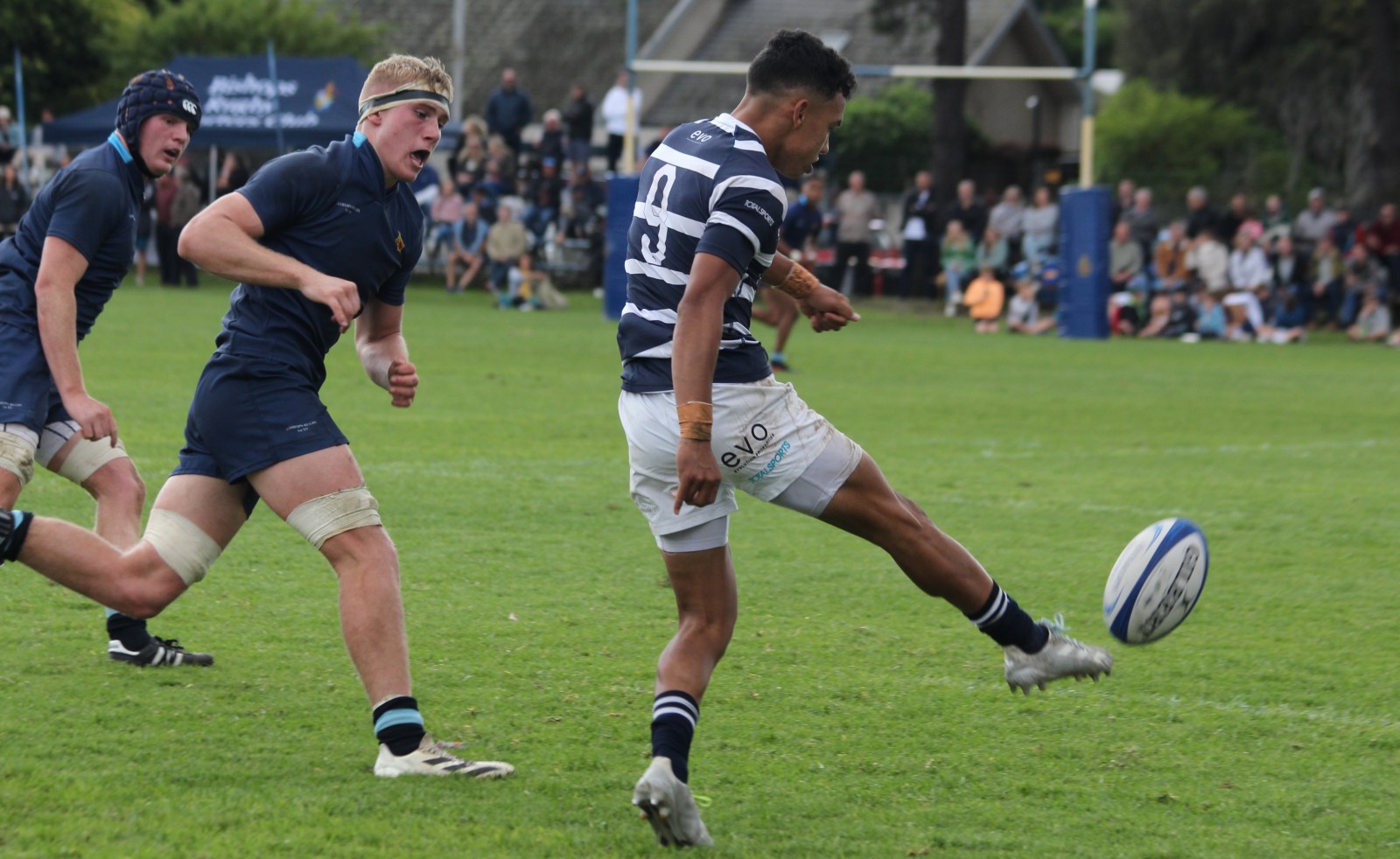 Schoolboy rugby continues to showcase the deep well of talent in South Africa.

“It was a monumental battle, we went ahead and I was hoping for a bit of a softer second half but we knew that it would never be and it went down to the wire,” said Wynberg head coach Justin van Winkel after his team’s 20-14 victory.

“Bishops always, they can play for 70 minutes (schoolboy matches are 35 minutes per half). I was very chuffed for my boys who haven’t played rugby in a long time. They haven’t been put in a lot of high-pressure situations because Covid was there. For them to seal the game, make good decisions at the death, I’m very proud of them.”

The Piley Rees field in Bishops was filled to the brim with spectators expecting an enthralling match between the two southern suburbs schools. They weren’t disappointed as both Wynberg and Bishops played expansive rugby accompanied by resolute defence, creating a spectacle for fans of both teams.

“Incredible game of schoolboy rugby. To have so many spectators here is quite special for the boys and the parents. Two sides that are really on a roll this year and playing some really good rugby, moving the ball around, linking between backs and forwards is wonderful,” said Wynberg Boys director of rugby Craig Childs.

Wynberg led 13-7 at halftime after a tight first half. Some early ill-discipline by Bishops, forced through the pressure of Wynberg’s charging forward pack, allowed fullback Ryan Coetzer to slot two penalties, nullifying the opening tries scored by both teams.

“Our attack and set-piece plan worked which was very exciting because we put a lot of time into it. We managed to open them up a number of times in the first half on a number of occasions. It was a pity for us that we didn’t manage to convert all those opportunities into five-pointers, but it built the pressure and we ultimately managed to seal the deal,” said Van Winkel.

Early in the second half, Wynberg had a line-out throw on Bishops’ 22m line. An overthrow by hooker Sifiso Mpanza landed in the hands of flanker Xola Nyali who used his strength and agility to fight off flailing attempts by Bishops tacklers to score an incredible try for his side.

The conversion was knocked over by Coetzer as the blue and white hoops of Bishops took a comfortable 20-7 lead with most of the second half still to play.

The rest of the match was played in Wynberg territory as Bishops pushed for points to get back into the match. However, the Wynberg defence stood strong.

“You see a lot about a team on defence. Justin, our head coach, manages the defence along with our assistants. They do a great job. The boys are proud about it and actually want to defend and I think when you have that mindset you can play off turnovers,” said Childs.

However, with five minutes left on the clock, the flyhalf and fullback duo of Shaywan Blankenberg and Gilermo Mentoe combined to knock down Wynberg’s wavering defence to score.

The final five minutes were a thrill-a-minute as Bishops threw everything at Wynberg, attacking from their own try line with relative success, but they weren’t able to cross the whitewash for a final seven-pointer as Wynberg’s defence stood up one last time to secure victory.

“It was tough, hostile conditions. There’s a lot of supporters and fans of Bishops, they’re all on the touchline, but we stuck together,” said Moos after the match.

Craven Week selections are fast approaching and coach Van Winkel was especially impressed by his outside centre, Ridhau Bey, who shone in his red scrumcap, showing deft touches to put others into space.

“Ridhau is a special player and it’s not just because he’s got athletic ability, it’s because he backs it up with hard work,” Van Winkel said.

“He’s struggled with an ache and a pain for the past two weeks and he’s come back this week. It’s unreal that he didn’t get to play last week and he’s bounced back, he’s stuck his hand up once again. We could see his physical presence and hopefully he gets acknowledged this week in the Craven Week side.”

Coming off a derby win against Paarl Boys last week, Grey College went into their match against Affies in Pretoria confident of another big scalp. The Bloemfontein team carried their momentum as they ran out comfortable 43-24 victors.

In the Cape Winelands derby, Paarl Boys held out against an attempted second-half comeback by hosts Paul Roos to claim a 35-15 win in Stellenbosch.

Shah Jehaan de Jongh scored a late try to seal victory for the visitors, who lost Divan Fuller to a red card in the 19th minute. DM