Politicians and business leaders have an incentive to d... 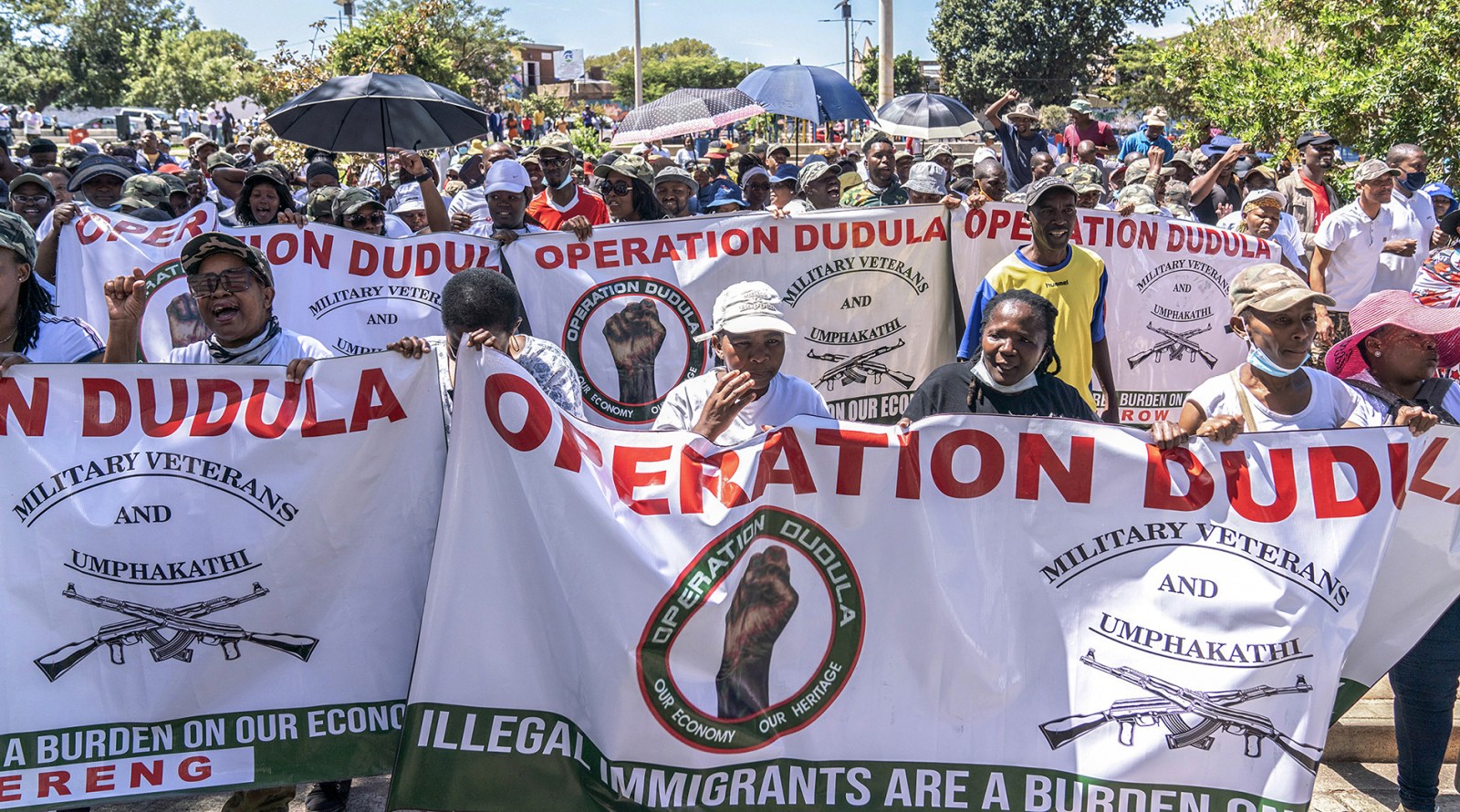 Activists and community members recently gathered at the Tshisimani Centre for Activist Education in Cape Town to engage on the issue of rising xenophobia in South Africa. The meeting comes just more than a week after Operation Dudula launched its Western Cape branch in Cape Town.

Operation Dudula and its leaders are only the most recent incarnation of a very long history of xenophobia in South Africa. While there may be patterns of prejudice emanating from within communities, the narratives and mindsets that inform these patterns often come from state policies and important segments of society, according to Dr Faisal Garba, a senior lecturer in the Department of Sociology at the University of Cape Town.

This is particularly true in environments where political and business leaders have an incentive to drive division.

“It’s really important to ground the way in which [the] political economy [and] the distribution of resources generates this [xenophobic] sentiment,” said Garba.

“It’s not that people are inherently violent, so they hate people. There are very concrete political, social and economic processes that drive these sentiments.”

Garba was speaking at an event at the Tshisimani Centre for Activist Education in Cape Town on Tuesday. Joining him as a guest speaker was Brian Muziringa of the Migrants Disabled Rights Networking Movement.

During the event, titled “Operation Dudula: What now?”, activists were encouraged to engage on the issue of rising xenophobia in South Africa. About 60 people attended the meeting in person, while others joined via live stream.

The Tshisimani Centre engagement comes just over a week after Operation Dudula launched its Western Cape branch in Cape Town. The launch on Saturday, 14 May, saw about 250 people — mainly members of the movement from other provinces — marching through the city CBD for four hours, according to a TimesLIVE report on the event.

During the march, members of the movement handed over a memorandum to the Cape Town police station and demanded that police arrest all illegal foreigners in the city, said the report.

The meeting at Tshisimani Centre was attended by South Africans and migrants. A number of foreign nationals spoke out about the struggle of dealing with Home Affairs when it came to documentation — not only for themselves, but for their children who had been born in South Africa.

“People [become] undocumented not because they choose… to, but it’s because of the system… the system doesn’t care about foreigners,” said one attendee, a Zimbabwean resident of Cape Town.

“I’m not saying it cares about South Africans, because I see they also have their issues about the Department of Home Affairs. But, as for us, I believe no one cares about us.”

In his address, Muziringa claimed that the Department of Home Affairs and other political bodies providing social services have long been practising “systematic xenophobia”. He referenced the discontinuation of the Zimbabwean Exemption Permit in November 2021, arguing that the decision was used to redirect attention from internal socioeconomic challenges to migrant issues.

It is not uncommon for some political leaders — particularly in the lead-up to local elections — to make claims such as “we are going to reclaim the township economy”, according to Garba. He argued that this is often at odds with the reality in townships, where there is an “economy of solidarity” between migrant traders and broader communities.

Big business, continued Garba, sometimes aligns with local government to drive sentiments against migrant-owned informal businesses. He gave the example of Hermanus, where he has worked.

“During the [Covid-19] lockdown… a lot of township dwellers could not go to town, and so they were in the township and they were served by these informal businesses that were managed by migrants,” he said.

“So, it meant that the customer base of big business was threatened, and so big business uses its capacity to influence… all kinds of narratives around people who do not pay taxes, people who undercut the economy, people who sell fake goods.”

The scale of inequality in South Africa lends itself to the mobilisation of one unstable group against another, according to Garba. However, the “right-wing populist mobilisations” that have sprung up against migrants are retrogressive.

“It takes attention away from the key questions, which are: what is produced in society? Who takes the lion’s share of what is produced? Where do people live and how is inequality operating on a daily basis?” said Garba.

“Related to that is the fact that it divides ordinary working-class people.”

Xenophobic mobilisations in South Africa use tools bequeathed to them by colonisation and apartheid, he said, adding that seeing identity as something unchanging rather than a process is “precisely what colonialism was about”.

“So, working-class people who are prone to acts of exploitation of capitalism, who are disempowered and exploited, are now being made to think of themselves as belonging to one group or the other, instead of thinking about a central contradiction of society,” said Garba.

Muziringa said while Operation Dudula spoke of “illegal immigrants”, the narrative it had created on the ground is that every migrant is illegal.

“That narrative tone is promoting lawlessness, crime against humanity and [the] opportunity for thieving by opportunistic groups, which are taking advantage of confusion,” he continued. DM/MC