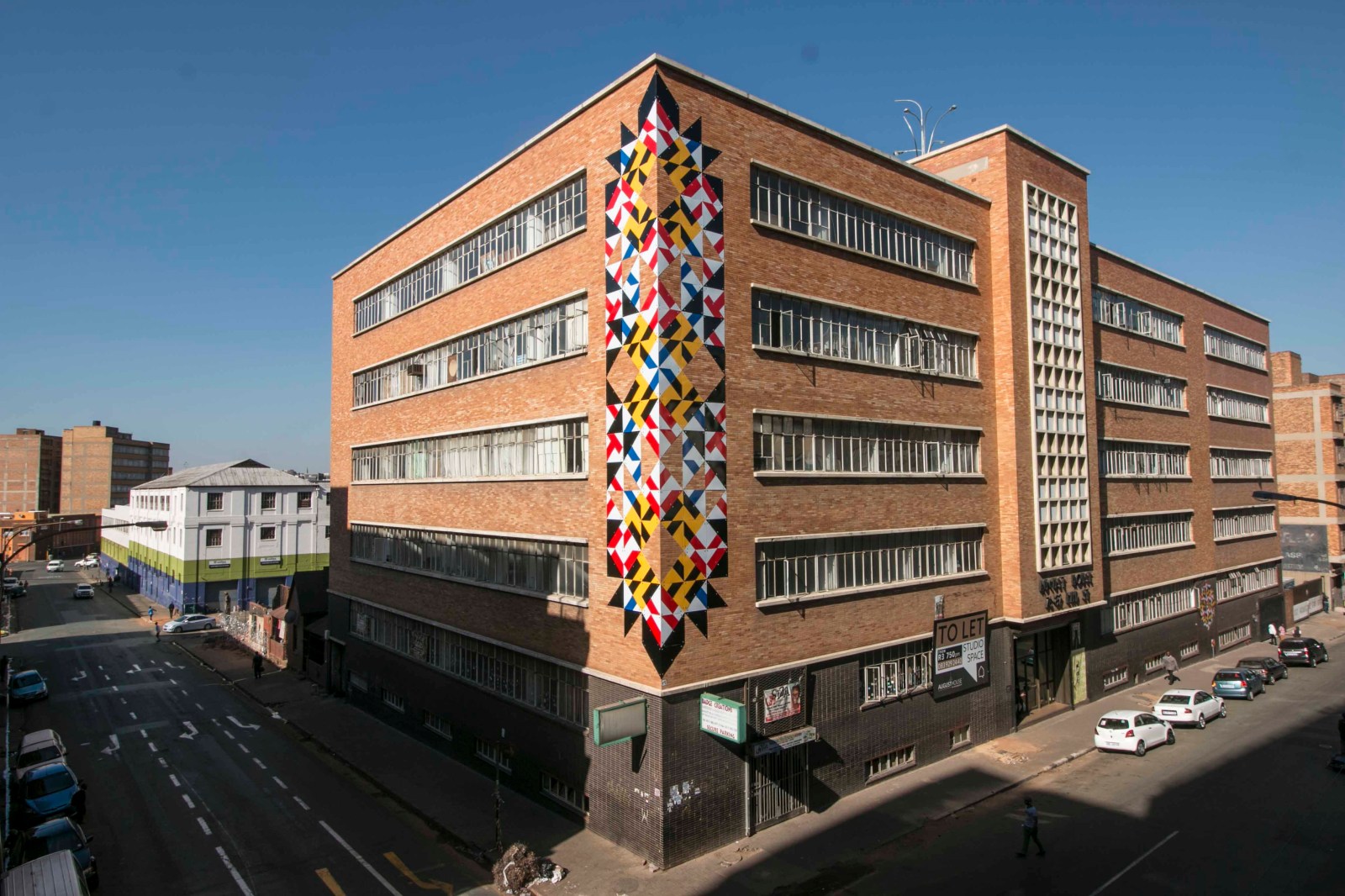 Open Studios is a festival that opens those studios to the public this weekend, 28 and 29 May, with almost 100 artists participating.

I haven’t been so excited about a story in Johannesburg since forever. My usual trope is to document how the stewards of the city have mismanaged it to smithereens over decades. But Laurice Taitz-Buntman, the urbanist and publisher of the city guide Johannesburg In Your Pocket, invited me to the press launch of the Open Studios art festival happening this weekend.

You must go. The mini-version reminded me why I love this city, rekindling its va-va voom post-pandemic. Sara Hallatt is the director of the Meta Foundation, which runs the festival. Hallatt calls Joburg “an arts city fuelled by a network of studio spaces throughout the inner city”.

Open Studios is a festival that opens those studios to the public this weekend, 28 and 29 May, (do check the programme here) with almost 100 artists participating at specific times. The sites are the artist colonies at August House, Bag Factory, Ellis House, the Living Artists Emporium, Lapa, the Transwerke Studios and Victoria Yards.

It’s a buying fair, and Hallatt and her team have laid on shuttles to take you from stop to stop.

“These studio spaces are the lifeblood of the city’s artist economy and have given rise to some of South Africa’s most prominent artists, including David Koloane, Sam Nhlengethwa, Nelson Makamo, Diane Victor, Ayanda Mabula and many more,” says Hallatt.

To experience and see Joburg, I usually take an Uber these days. The potholes left by Johannesburg Water mean you have to concentrate so hard that you are a stress ball when you arrive anywhere. The Uber driver says parts of Bertrams look like Ukraine (or “the place where there’s a war on”, as he puts it), and it’s only a little exaggerated.

But Makers Valley, in the east near Ellis Park and opposite Nando’s delightful HQ, where Victoria Yards is situated, with its gardens, cute shops and artist studios, is an oasis of the possible. We meet there to start the tour.

There’s ample and plentiful parking if you want to start here. We get to watch Simone Marie Farah at work. This Lebanese-South African artist channelled her grief at her father’s death into her art. Her full-wall paintings and frescoes with gold leaf are exuberantly colourful and transient. She unfurls a 9m-long work created during Covid-19 when isolation made her turn to learn the scripts of languages, like Arabic, which she turned into an opus she’s still completing.

From Victoria Yards, we travel to August House, which is near to where I grew up in Doornfontein and a stone’s throw from the Maboneng Precinct. It is resplendent with artists, and 44 of them will open their studios at the weekend. Hallatt has arranged for us to visit Sam Nhlengethwa. It is like stepping into the studio of royalty.

The artist grew up in Springs and has always used Joburg as his muse. The collages, mineworker series, waste reclaimer series and his forthcoming exhibition of fashion (coming in 2023) all use the city as inspiration. He tells us how he blends in and has established rapport and relationships with the inner city’s changing communities, from the Bag Factory, which he co-founded, to the entire floor of August House, where he now spends some of his time. Covid-19 forced him back home to his studio on the East Rand.

The city’s stewards are “uncultured”, he tells me when I ask how the city’s degeneration and lack of care by successive mayors have affected Joburg’s bustling inner-city artist scene. A pity, since it’s a creative economy bursting with potential. The doyenne of the global artists’ scene, Mary Sibande, also emerged from these studios, referencing decoloniality in her work long before it became a dominant ideology.

Our final stop is the Bag Factory, one of the oldest of the city’s artists’ residencies. To get there from August House, you cross from Joburg’s east end to the west end. Joburg’s got such hustle; it’s late afternoon, and the streets are buzzing with people selling everything from data by the bundle to bananas by the crate. Everywhere, skips of trash overflow, including outside the Johannesburg High Court. It’s such an easy fix by the government to make life better for the residents who make it hum with life.

In Fordsburg, the Bag Factory is situated across the road from the east end of the Oriental Plaza. It’s pulsing with creative energy.

Kenneth Shandu is exhibiting his Azilime Ziyetsheni (pushing and pulling, loosely translated), a multimedia set of work about the smallholder farmers of the north coast of KwaZulu-Natal. It is like the fine art equivalent of Tembeka Ngcukaitobi’s majestic new book, Land Matters.

We visit the studio of the performance artist Wezile Harmans. He is going places with radical performance pieces built on the ideas of displacement and impermanence. He is working on a massive installation that features a cloud-like reconstruction made in puffs of cotton wool and a red embroidered ball of yarn in the centre, its end still indeterminate.

The young journalists in our group immediately understand another work called We regret to inform you. In it, Harmans writes hundreds of letters of regret for unsuccessful job applications. He dips the envelopes in tea and coffee to stain them as if they have aged. It is an eloquent comment on the country’s youth employment time-bomb. The artist writes these letters compulsively, in coffee shops and his residencies, and he performs a piece he is taking to the National Arts Festival, which is also back this year, from June 23 to July 3.

Our mini-tour is a little taste of the splendours for visitors at the Open Studio festival. It’s free, but you have to book tickets. Food and drinks will be available, and participating venues will provide perfect pit stops. The shuttles, seven-, 12- and 20-seaters, run throughout the day, and you can walk or ride an e-scooter. DM/ML

You can go here for more information; booking links for Saturday 28 May and Sunday 29 May and the Official After Party.