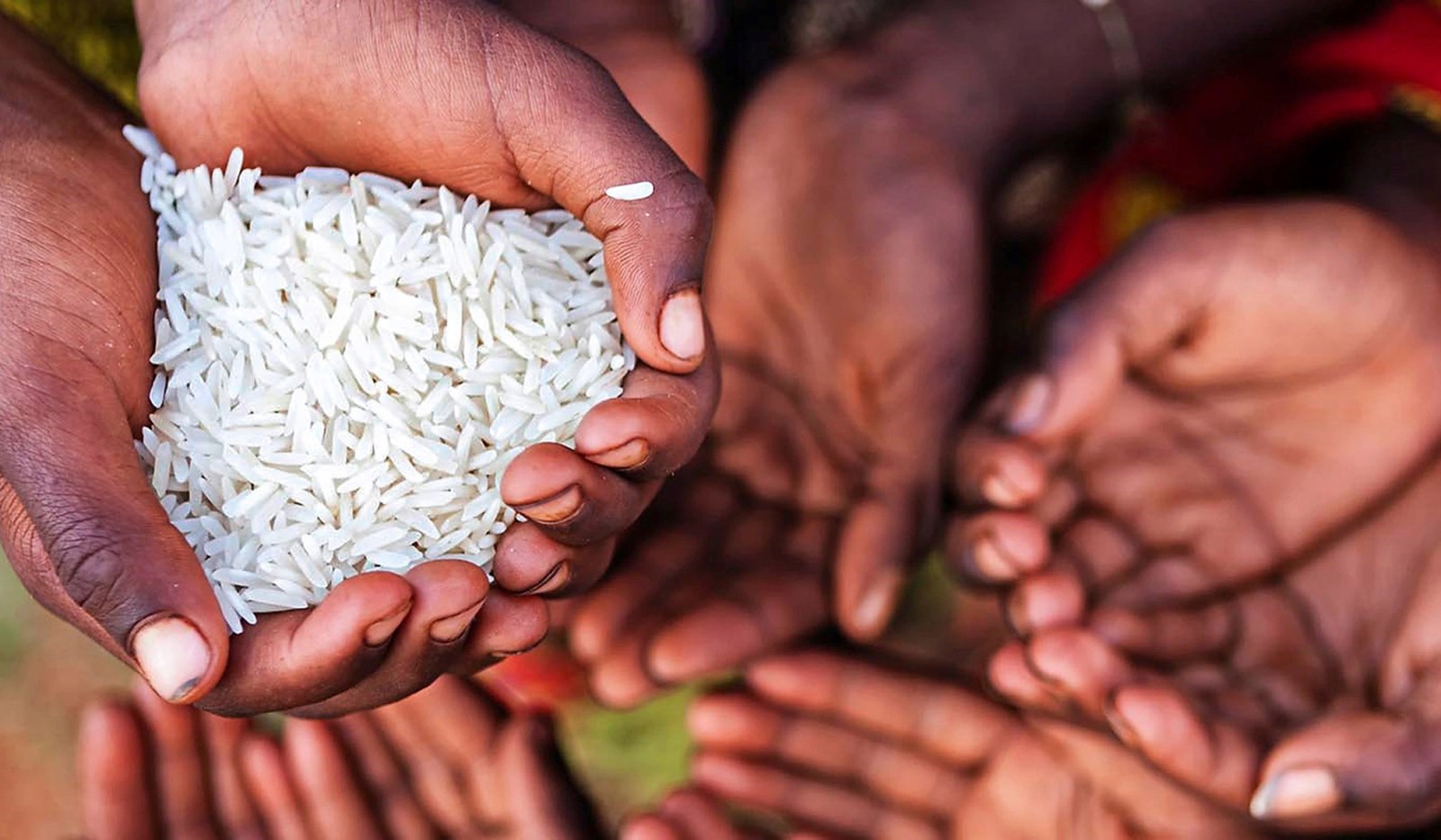 The authors argue that Africa is capable of producing enough food for its people and for export purposes. (Photo: observances.global/Wikipedia)

It boggles the minds that Africa still depends on its food security from other continents when Africa has vast arable lands — a primordial resource for food sovereignty. We are capable as Africans of producing enough food for ourselves.

Food security and food sovereignty are two intertwined concepts that are, however, nuanced. We draw a distinction between the two, especially as these relate to Africa’s development. Food security broadly and generally speaks to the capacity of a country to have resources, particularly in monetary value, that can be converted to providing food for its citizens.

Food security as a concept originated in the mid-1970s as a result of discussions around international food problems at a time of the global food crisis. At this time, food security focused largely on food supply problems, specifically on assuring the availability and to some degree the price stability of basic foodstuffs at the international and national levels.

In addition to this, issues of hunger and famine were extensively examined. Thus, the concept of food security tends to be a statist paradigm.

Recognising the lack of focus on the securing of access by vulnerable people to available supplies, this economistic definition was altered. In 1986, the World Bank released the highly influential Poverty and Hunger report which analysed the temporal dynamics of food security. By the mid-1990s food security was recognised as a significant concern and the definition was expanded to incorporate both food safety and nutritional balance.

The definition of food security was refined to “a situation that exists when all people, at all times, have physical, social and economic access to sufficient, safe and nutritious food that meets their dietary needs and food preferences for an active and healthy life”. This is the accepted definition.

Activists of the left persuasion have posed a very important argument that there is a need to re-theorise food security. This discussion culminated in the International Forum on Food Sovereignty that was hosted in Mali in 2007. The resolutions of this forum came to be known as the Nyéléni Declaration. A key point of discussion at the forum was a collective argument against the term food security which does not distinguish where food comes from as well as the conditions under which it is produced and distributed.

The delegates of the forum proposed an important definition of food sovereignty — one which emphasises ecologically appropriate production, distribution and consumption, social-economic justice and local food systems as ways to tackle hunger and poverty and guarantee sustainable food security for all peoples.

Food sovereignty, thus, has to do with guaranteeing adequate food production needed for a populace. This is different from food security. With food security, a country may have the means or access to food, but may not control the production of that food. Since food sovereignty has to do with communities controlling the production of their food, this paradigm thus tends to be grassroots, organic and therefore reasonably sustainable.

As the food sovereignty model centres on the community, there is a need for African governments to step up and buttress the production of adequate food production for their citizens as food sovereignty advocates for trade and investment that serve the collective aspirations of society. It promotes community control of productive resources, agrarian reform and tenure security for small-scale producers, agroecology, biodiversity, local knowledge, the rights of the poor, women, indigenous peoples and workers, social protection and climate justice.

The World Food Programme’s (WFP) 2022 assessment posits that upper-middle-income countries including South Africa and the Maghreb nations have been the most vulnerable to Covid-shock induced food insecurity, as their economies faced recessions. These more diversified, industrialised economies are more tightly linked to global supply chains and hence more widely and deeply impacted by trade disruptions.

South Africa faces 25% food stress and 16% food crisis, well above the African average. While this can be attributed to the relatively greater vulnerability to loss of formal sector employment and lack of access to productive agricultural land, it also highlights the ways in which the continent’s lack of control of productive resources, more than just resources to purchase food, is at the heart of the prevailing food crisis.

The implication herein is that indigenous African people must be able to define and shape their own agricultural processes outside the prescripts of Western-centric theorisation. The value of this approach goes beyond simply resolving the crisis of food insecurity — it also enables epistemic justice for a colonised and oppressed people who, because of their histories of oppression and subjugation, have not had their knowledge forms deemed valid.

The current Russo-Ukraine war has highlighted how those particular two countries control the food security and sovereignty of many countries. The ensuing escalating food prices as a result of that war alone tell us that they have an unfair advantage over many countries, but particularly African countries. This also reveals that food is weaponised and, as such, hunger is a social construct inasmuch as it is real.

Food is such a basic need and human right that is guaranteed and protected under the Universal Declaration of Human Rights, as well as many progressive constitutions of various states. Yet, hunger and food are used as tools in economic wars and vote-buying in electioneering — particularly in Africa; therefore, the lack of food sovereignty allows for the instrumentalisation of food to fight economic and other wars.

It boggles the minds that Africa still depends on its food security from other continents when Africa has vast arable lands — a primordial resource for food sovereignty. Africa is confronted by both a food security and food sovereignty crisis among a host of developmental aspirations. However, we are capable as Africans of producing enough food for ourselves, and we do, and also are able to produce enough for export purposes. There really is no need to be importing edible oil or maize or flour — Africa is home to these basics.

In the interests of developing Africa in line with the African Union’s Agenda 2063, it is incumbent on the continental mother body, the AU, as it is on all respective African governments to renew efforts to eradicate food insecurity which leads to hunger in their countries. Moreover, African states must double the efforts to be truly food sovereign if Africa is to realise the common global agenda expressed through the UN’s Sustainable Development Goal 1 – Zero Hunger. DM

Lesego Samora Malaika Mahlatsi is a researcher at the Institute for Pan African Thought and Conversation, University of Johannesburg (IPATC).

Dr Chidochashe Nyere is a postdoctoral Research Fellow at IPATC.