LIFE ON THE EDGE

Eastern Cape faces of hunger — one family’s struggle to survive 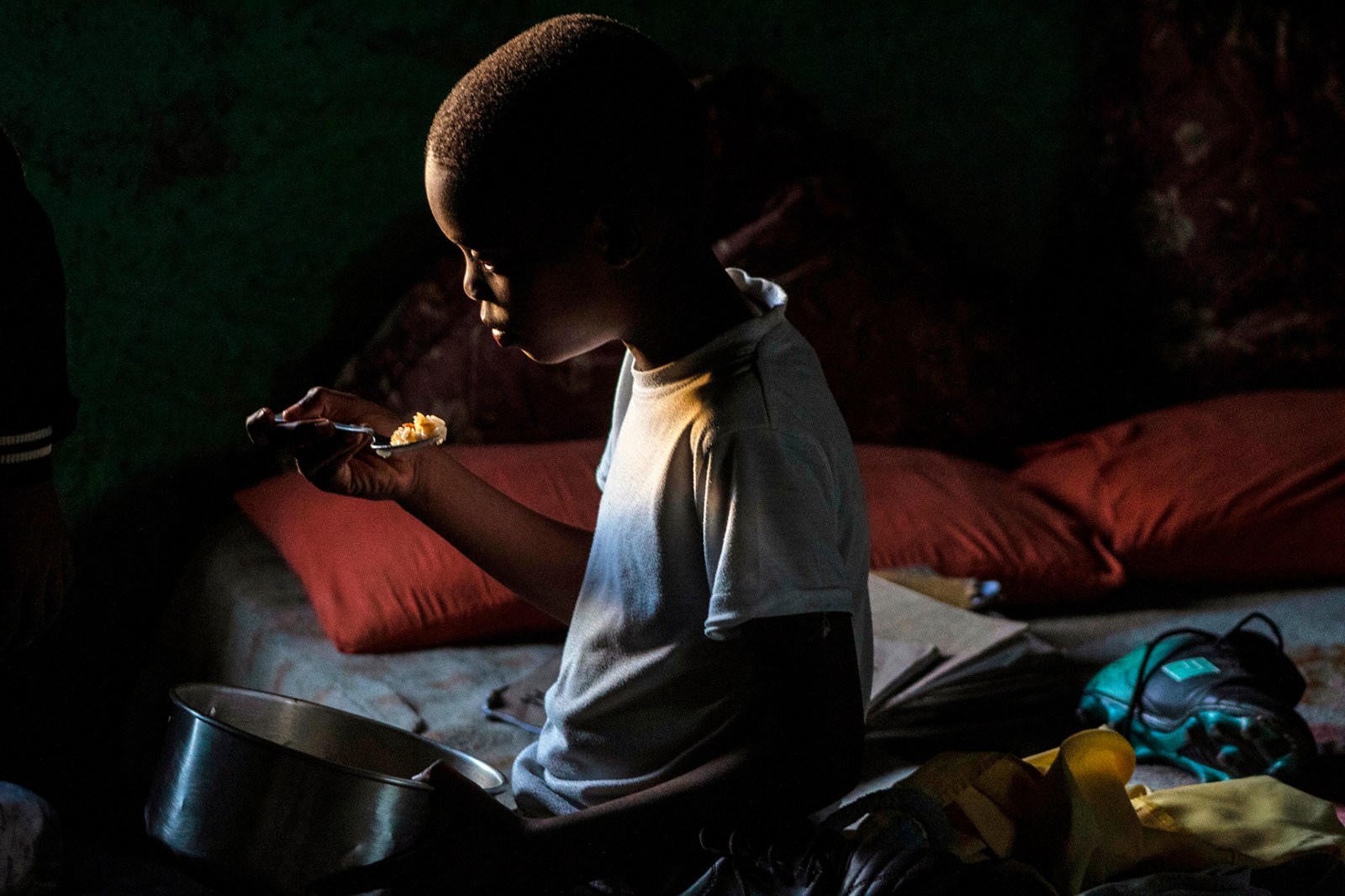 While hungry children in the Eastern Cape get sick, miss school and live in appalling conditions, thousands of families have missed out on emergency food parcels after a contract was awarded to a business that failed to distribute aid in time. Maverick Citizen photographer Hoseya Jubase visited such a family to record their daily struggle to survive.

Last week Minister of Social Development Lindiwe Zulu said in a written response to a parliamentary question that a “submission” was being prepared in the form of a motivation to the provincial treasury for the approval of additional allocation of funding to the Social Relief of Distress programme.

This is a special and most urgent intervention to enable 62,954 beneficiary family households to have access to food and to address immediate needs of hunger, child poverty and malnutrition among poor and vulnerable Eastern Cape families which mostly fall under the category of households without income.

The Eastern Cape Department of Social Development failed to distribute R134-million in aid last year. This was rolled over to the present financial year.

Yet the MEC for Social Development, Siphokazi Lusithi, is widely advertising a new child protection campaign urging people to wear green ribbons before Child Protection Week that begins on 29 May.

The numbers provided by Zulu are devastating: The actual distribution of food parcels to beneficiaries commenced only on 2 March 2022. By 28 March 2022, just 22,787 beneficiaries were able to receive food parcels, constituting 26% of the total target of 85,741 beneficiary households. This is attributed to various factors, in addition to the stringent time frames related to “service provider challenges” on the capacity to deliver as expected, including unnecessary demands made by local truck drivers in the various local municipalities.

The spokesperson for the Department of Social Development, Mzukisi Solani, has refused to answer questions on this issue for weeks. The Department has also not published the tender register for this specific bid to make the name of the winning bidder public.

Meanwhile, hundreds of families are living in dire circumstances.

This is one of their stories. A family of brothers and sisters live in the Gxulu locality in Libode in the Eastern Cape. Gxulu falls under the Nyandeni Municipality.

The older siblings, in a family living in desperate poverty, are Zanovuyo Nondonga (25) and Thina Vaphi (27). They say their only wish is to see their family, especially the children, sleeping in safe, dignified houses and one day eating healthy food.

Zanovuyo said their rondavel was their only shelter and water came in from the floor when it rained.

“We are getting sick every time because of this wet floor. This rondavel is wet from January to December and we only breathe well in August because there is no rain,” he said.

“The situation was worse in the last few weeks during heavy rain, it was bad and everyone was sick here with flu.”

Zanovuyo said he fears the kids will drop out of school because of hunger.

“If this situation does not change, the children will end up dropping out of school. We have no money.”

“What I love about the young children is that they enjoy reading their books. They always encourage each other to work hard and sometimes I shed tears because I am worried that maybe if things are not changing they will drop out of the school,” Zanovuyo said.

“Even the 13-year-old girl who did not go to school today because she was sick, she was reading her books, doing school work, and that pains me a lot because they enjoy school. This environment is not good for them. I am an example. I dropped out of school because of financial constraints at home,” he said.

Thina Vaphi (27) said besides water inside the rondavel, they also had almost no food:

“We are eating what is available on the day. We are hustling every day to make sure the kids have something to eat before and after school.”

She said their only wish was to see their family living a life like other families: “At least if we can get a RDP house for the safety of the kids it would be better because they are not right at all now. This is the only home we have.”

“At the time I was told that we are number 74 on the list, but we are still waiting even though others have received their houses,” she said.

Tholeka said they had received reports that they were not allocated an RDP house because they had not attended meetings in the village. She said the shortage of food was another challenge which frustrated them as the older sisters and brothers, because the young children sometimes both slept and go to school on an empty stomach. DM/MC