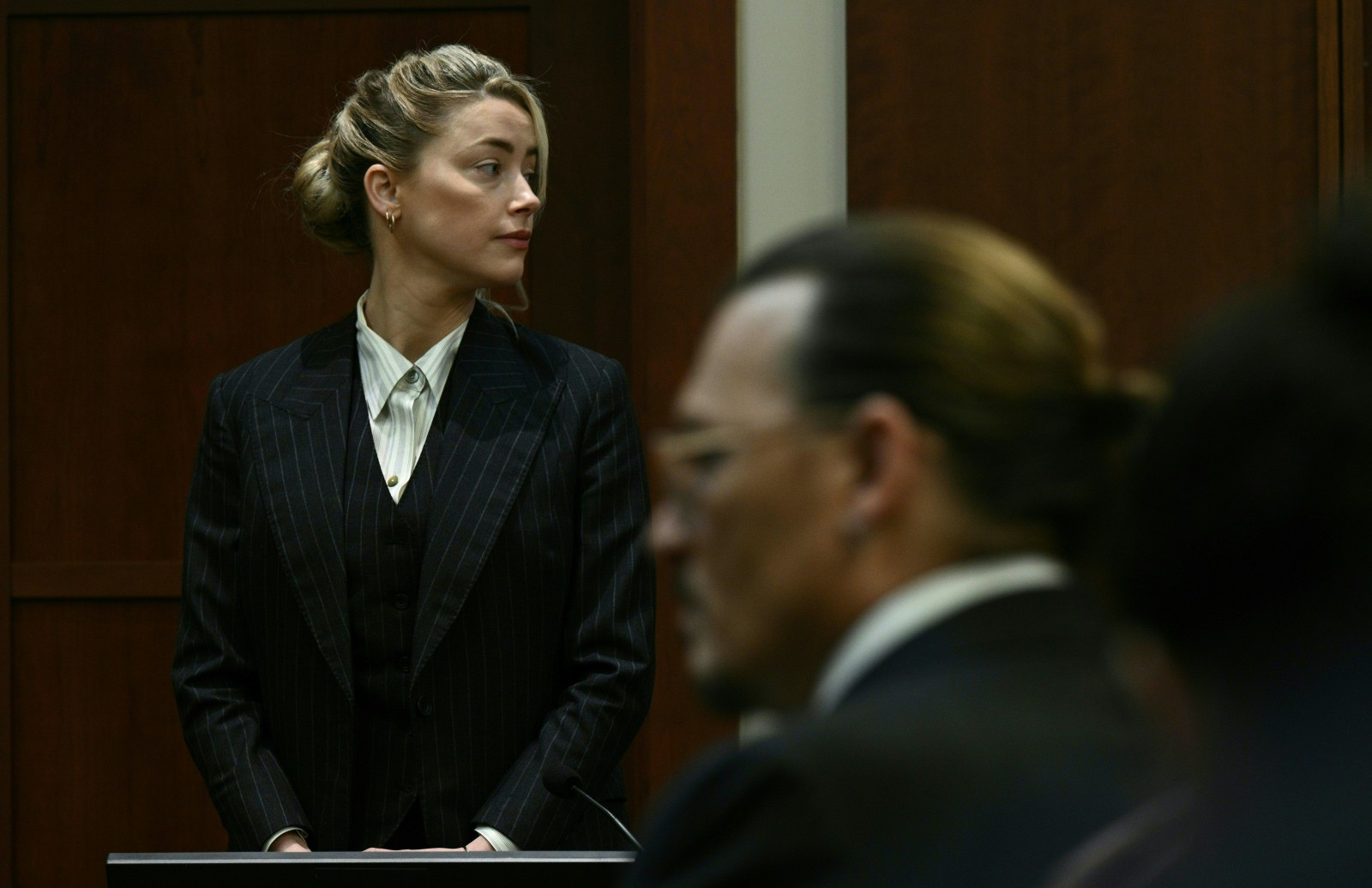 US actors Amber Heard (L) and Johnny Depp (R) look on as the jury walks back into the courtroom following a lunch break during the Depp vs Heard defamation trial at the Fairfax County Circuit Courthouse in Fairfax, Virginia, USA, 17 May 2022. US actor Johnny Depp's 50 million US dollar defamation lawsuit against his ex-wife, US actress Amber Heard, started on 10 April. EPA-EFE/BRENDAN SMIALOWSKI / POOL

It’s difficult to scroll through social media right now without seeing at least one post mentioning Johnny Depp, Amber Heard and the defamation trial that began on April 11, 2022.

Depp is suing ex-wife Heard for defamation over an op-ed she penned for the Washington Post in 2018. Depp says that by presenting herself as a victim of domestic violence, Heard has tarnished his name, despite not naming him in the piece. He is seeking US$50 million in damages.

Many have been eager to take sides, declare guilt, assign blame and condemn cancel culture on social media and in coverage of the trial. #JusticeForJohnnyDepp and #AmberHeardIsAPsychopath, among other hashtags, have been trending over the past several weeks.

Fans of Depp claim that his life and career have been “ruined” by false allegations of violence and that he is the “real” victim. Others have written about how disturbing the public treatment of Heard has been throughout the trial, particularly as it relates to claims that she is a “liar,” a “psychopath” and a “monster.”

As a social worker and researcher who has spent the past six years working with people who have survived or been criminalized for domestic and sexual violence, I’m interested in the ways in which this case demonstrates the significant dangers of parasocial relationships (one-sided relationships with public figures) and their ability to reinforce carceral logics (the ways we have been shaped by the idea and practices of imprisonment).

Depp and Heard represent the risks related to the emotional ties fans develop with celebrities and how these relationships can have material implications for how we understand violence and how it should be dealt with.

What are parasocial relationships and carceral logics?

The Depp-Heard trial has exposed the dangers of these bonds as fans of Depp are compelled to passionately defend him, despite not knowing him personally.

Carceral logics are “the variety of ways our bodies, minds, and actions have been shaped by the idea and practices of imprisonment.” And they produce specific images about who perpetrates violence, why and how those people should be dealt with.

When this happens, the carceral state (police, courts, laws and prisons) is framed as a necessary intervention that effectively addresses violence through arrest, prosecution and punishment of people who commit violence. For example, people who have deemed Heard a liar and the aggressor have called for her arrest, imprisonment and removal from her role in the Aquaman franchise.

Carceral logics cling to assumptions that the system is effective, and ignore the reality that most perpetrators of violence never see a courtroom, let alone a cell, the systemic issues of racism within a broken system, and that domestic and sexual violence continue to be some of the most underreported crimes.

Violence is a spectrum

People don’t know Depp or Heard, and don’t know the full history of their relationship. They only know them as beloved characters.

These bonds are influencing conversations about what does or doesn’t count as violence. Right now, online abuse of Heard is being seen as acceptable because she has been declared a liar by the social media majority.

TikTok trends have openly mocked Heard’s emotional reactions during testimony, as people re-enact skits of the trial with their pets. Social media users have also made #AmberTurd trend across platforms.

But violence is a spectrum and it is deeply nuanced in relationship with power, identity and context. When people assign the label of “abuser/offender” to some and not others, they are deciding which violence is unacceptable and which is excusable.

How could these conversations impact survivors when it comes to disclosure? What does it say about who we consider “real” victims and perpetrators? What happens to people whose stories are complex?

While commentary on social media appears as a product of “stan” culture — a portmanteau of “stalker” and “fan” — it has tangible implications for socio-legal responses to the issue.

This all plays out in real time. When people decide that those who lie about violence should be punished, we see “frivolous claims” sections in institutional sexual violence policies and on police portals for reporting sexual violence.

We see renewed commitments to the criminal justice system, regardless of the violence it perpetrates within prisons and in the mass incarceration of marginalized communities.

After a devastating fire, Wupperthal is rising again