Illegal miners and fouled waterways in Mpumalanga under... 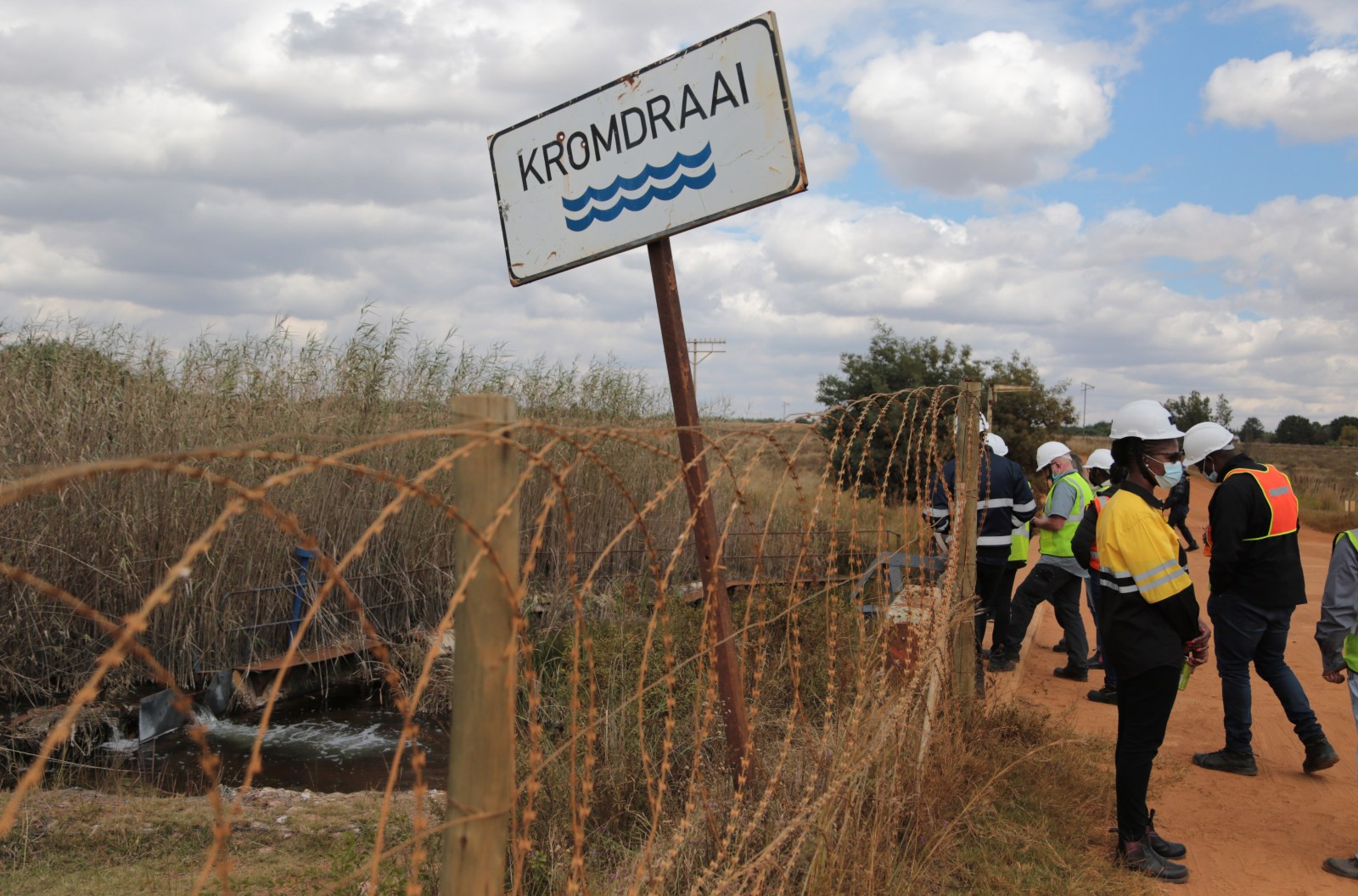 An acid mine water treatment plant on the Kroomdraai River at a Thungela coal mine outside eMalahleni (Witbank). (Photo: Felix Dlangamandla / Daily Maverick)

When the last coal mine finally closes — and a day of reckoning is in the offing as the sector is gradually deprived of the capital it needs to survive — how long will it take to undo the environmental damage that the fossil fuel industry has inflicted on the planet?

Shattered concrete and bricks lay strewn along the path that the toxic deluge took after it smashed through a cement seal. This is ground zero of a Valentine’s Day catastrophe that saw a surge of acid mine water foul tributaries of the Loskop River in Mpumalanga. The result was a massive loss of aquatic life, including almost two dozen fish species, amphibians, birds and crocodiles.

The site is the disused Kromdraai coal mine near Witbank, formerly an Anglo operation. It is now the responsibility of Thungela Resources, a thermal coal producer that Anglo spun off last year.

At least in this case, there is a publicly listed company that can be held accountable and is working to fix the damage.

There are more than 6,000 derelict or ownerless mines across South Africa and the Auditor-General issued a report in March that found the Department of Mineral Resources and Energy had been derelict when it came to its responsibility to rehabilitate such sites, which pose significant health and environmental hazards to communities.

The old Kromdraai mine is disused but not ownerless, which is probably one of the reasons why the source of the 14 February spill was quickly detected.

“The water systems have now been cleaned and we are testing them every day,” said Thungela spokesperson Mpumi Sithole, as a small group of journalists visited the site on an overcast May day.

More than two months ago, Thungela said that “… results from independent water analysis indicate that the quality of the water has normalised to the baseline quality that existed prior to the incident”.

This came after an intense clean-up effort along 60km of rivers and streams, and the flushing of the Bronkhorstspruit and Witbank dams.

That’s the good news: daily testing of the water subsequently suggests that its quality remains at pre-Valentine’s Day levels.

The flip side is that undoing the damage to the web of aquatic life in the ecosystem will take years to reverse. Thungela has appointed a specialist biodiversity company to spearhead the restoration, including the reintroduction of fish species.

“The rehab plan for the water system is awaiting approval from the Department of Water and Sanitation and will take years to reintroduce the aquatic species affected,” Sithole said.

That is a forecast sadly based on science.

The bottom line of a 2018 study in the peer-reviewed scientific journal Environmental Toxicology and Chemistry on acid mine water drainage in a California river system, monitored for 18 years, found that the impact on biodiversity was long-lasting.

There did seem to be a noticeable dearth of birds in the area, including around habitats such as reed beds where one would expect to see an array of species.

In the Kromdraai case, a confluence of “made in South Africa” events led to the discharge.

Illegal coal mining is rife in the area and the company maintains that the water pumped by the illicit industry added to the flow into the old shaft where the break occurred.

Combined with acid mine water that was already bubbling up, along with heavy rains triggered by a La Niña weather pattern that’s been on steroids — a likely product of fossil fuel-induced climate change — and the result was a perfect storm that unleashed a torrent of polluted water.

What is striking about this state of affairs is the blatant nature of the illegal coal mining.

It’s not artisanal and conducted with wheelbarrows after the sun sets. It’s industrial-scale and done in broad daylight, with massive tipper trucks and other heavy equipment.

During the media visit to the area, several such trucks rumbled past at scary speeds on rough dirt roads. Our hosts said, “there go the illegal miners”.

This makes one wonder what the local police are doing about it. State failure immediately comes to mind. The coal zamas in the area also explained our heavily armed private security escort.

Fires started by illegal miners have also been burning for weeks in and around Thungela’s Khwezela colliery.

The broader point is that such illegal mining activities are not just social and economic hazards. They also clearly represent a pressing environmental and health concern. It’s not like the syndicates involved are concerned about the direction taken by the water pumped from illicit operations.

The backdrop at the Kromdraai site is one of stark contrasts: slag heaps litter the landscape, stacked up against stretches of green veld.

Rehabilitation is ongoing — it’s a regulatory requirement for mining companies to restore the landscape after it has been despoiled by their activities. Gaping wounds in the earth created by mining are gradually being filled to allow the surrounding veld to reclaim its rightful place.

It is a process that, like the biological restoration of the waterways poisoned by the noxious February leak, will take years.

But it will get done and it won’t take decades, though the ultimate environmental impact will likely only be assessed by scientists decades from now. It is, ultimately, one big ongoing experiment.

Illegal mining is also part of this legacy — one enabled by the perpetual failure of the South African state and economy.

This brings to mind the environmental costs of industrial coal use over the past couple of centuries. Coal is one of the forges of the modern industrial world — a world with high standards of living in developed economies which can afford to clean up their act.

A richer world is often a cleaner and greener world — an irony of fossil fuel usage.

But the ecological price at a micro level has included this Mpumalanga mishap and many more, not to mention the impact on human health. At a macro level, it is a rapidly changing climate on a global scale that is burning our planet and triggering all kinds of extreme and devastating weather events.

When the last coal mine finally closes — and a day of reckoning is in the offing as the sector is gradually deprived of the capital it needs to survive — how long will it take to undo the environmental damage that the fossil fuel industry has inflicted on the planet?

Kromdraai is one of a vast flock of canaries in the world’s coal mines — and it’s perhaps telling that no birds seem to be singing there. DM