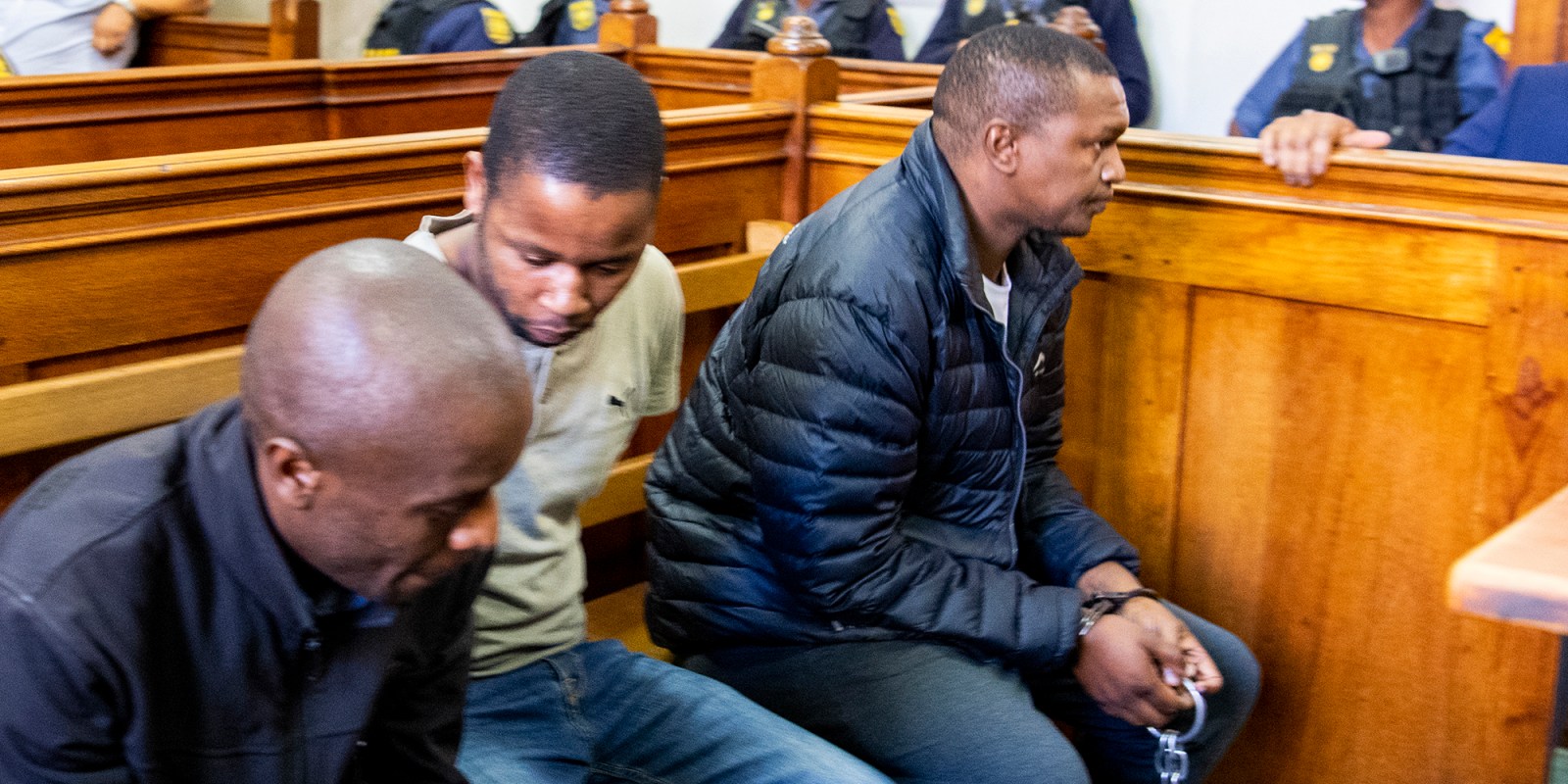 A second witness who testified for the State in the murder trial of advocate Pete Mihalik has identified one of the two cars seen speeding from the scene shortly after the shooting.

Frank Scherf, a German national who lives in a complex on Thornhill Road, Green Point — where lawyer Pete Mihalik was assassinated on 30 October 2018 — has told the Western Cape High Court that he saw two cars speeding from the scene.

Mihalik was gunned down as he was about to drop his daughter at Reddam House in Green Point on the Atlantic seaboard.

Sizwe Biyela and Nkosinathi Khumalo, both alleged to be taxi industry hitmen-for-hire from KwaZulu-Natal, and taxi owner Vuyile Maliti, have pleaded not guilty before Judge Noluthando Nziweni to charges including murder, attempted murder and illegal possession of a 9mm handgun and ammunition.

Mihalik’s daughter escaped unscathed in the shooting, but his son was wounded.

On Monday, Scherf told the court that he had been accustomed to seeing Mihalik’s black Mercedes Benz stopping outside the school where the lawyer would drop off his children. But on that morning, the usually tranquil scene was shattered by the sound of gunfire.

“I heard two gunshots and ran out on to my balcony. I saw two cars speeding away. I managed to type the registration of a French car on my cellphone,” said Scherf.

Describing the scene when he got downstairs, Scherf told the court that people were running around and screaming. He saw that Mihalik and his son were wounded and that Mihalik’s daughter was okay.

The registration he took down helped investigators determine that the car leaving the scene was a Renault Clio. State prosecutor Greg Wolmarans said Scherf’s testimony positively identified the Renault Clio as one of the cars used in the shooting and placed Khumalo at the scene of the crime.

Scherf was the second witness to take the stand for the State.

His testimony corroborates that of traffic officer Boy Makutu, who last week told the court that Khumalo was the driver of the Renault Clio that left the scene. The second car was a silver-grey VW Polo.

The two cars failed to stop at an intersection in Green Point.

The Renault Clio was driven away while Makutu was in the process of issuing a fine to Vuyile Maliti, the driver of the VW Polo. The Renault Clio did not return. However, its driver Khumalo walked back to the point where Makutu had originally pulled them over.

Without the vehicle, the traffic officer was unable to give Khumalo a ticket and took him to the Sea Point police station. At that stage, Khumalo hadn’t been arrested, but was merely being kept at the police station until the second occupant of the Renault Clio returned with the vehicle so that a traffic fine could be issued.

While waiting, a detective from the Mihalik murder scene arrived at the station and Khumalo was subsequently arrested.

There was little cross-examination by Khumalo’s lawyer on Monday. The only question advocate Justin van Rensburg put to Scherf was whether he was certain he had seen a Renault and not another make of car.

Evidence used by the State during the trio’s failed bail application in July 2019 identified Biyela as the one who allegedly fired the fatal shot. Frames taken from video footage reportedly show Biyela walking towards Mihalik’s vehicle and firing two shots, hitting the lawyer in the head.

Biyela was arrested on the day of the shooting in Bellville while waiting for a bus to leave the province. Maliti, according to papers, fled the Western Cape and moved to Gauteng. The accused handed himself over to police after investigators contacted his wife.

The State contends that, based on cellphone records, Maliti hired the hitmen and persuaded them to come to Cape Town from KZN to kill Mihalik.

On Tuesday, the State will call a new witness to the stand. DM