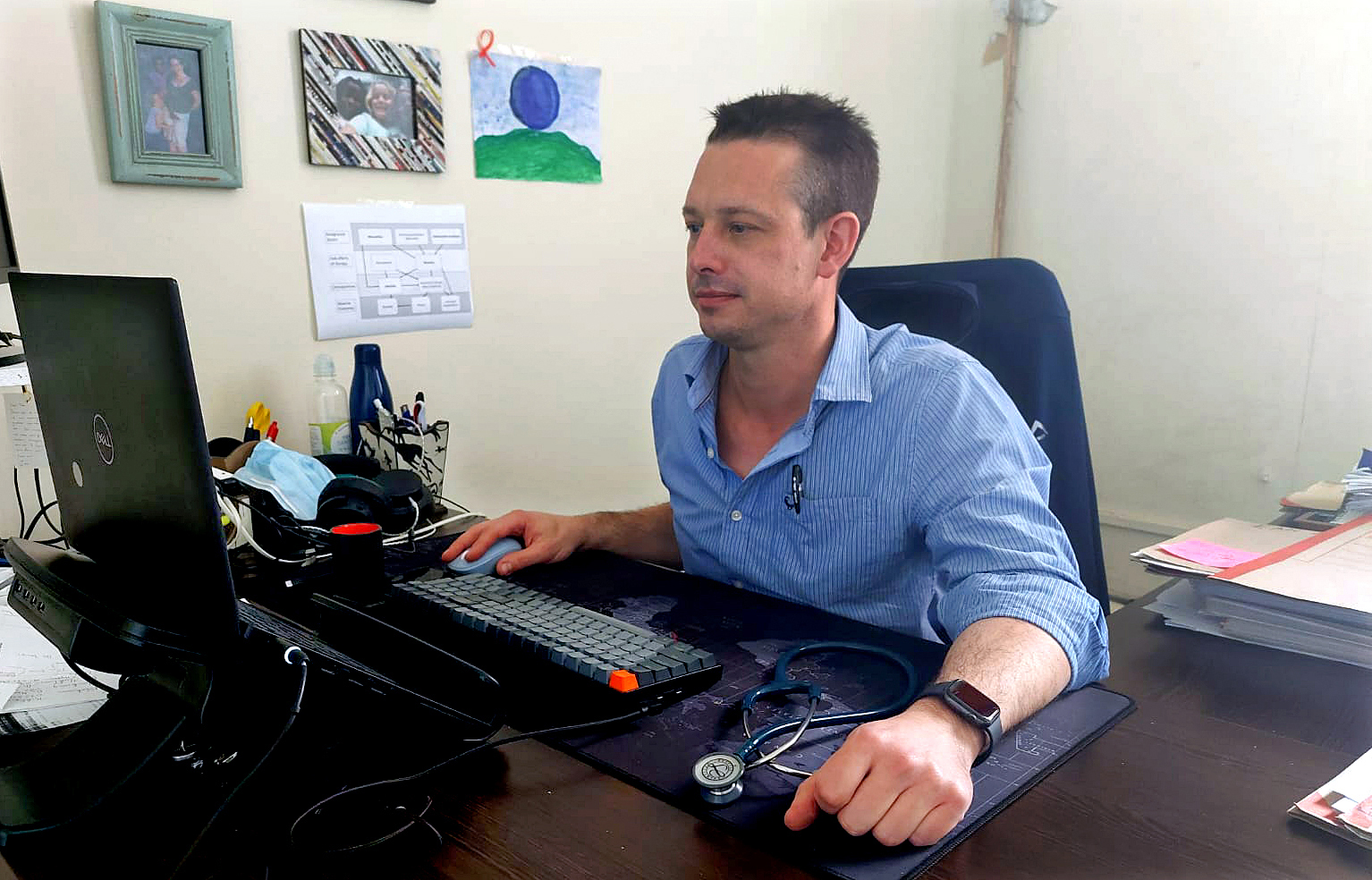 Dr Tim De Maayer has been a paediatric gastroenterologist at Rahima Moosa Mother and Child Hospital since 2009. (Poto: Supplied)

In an open letter to the Department of Health, Dr Tim de Maayer, a paediatrician at the Rahima Moosa Mother and Child Hospital, highlighted the devastating consequences of a failing public health sector for young patients. Colleagues and fellow doctors have thanked him for speaking out.

On Sunday, Dr Tim de Maayer, a paediatrician at the Rahima Moosa Mother and Child Hospital, wrote an open letter to the Health Department. His message? Things in the public health sector are falling apart and children are bearing the brunt.

Recounting the devastating consequences of load shedding, under-resourcing and water shortages on the young patients of Rahima Moosa, De Maayer asked, “Would you admit your child to this hospital?

“And if you wouldn’t, how do you manage to come to work every day, fail at your job of ensuring basic healthcare for the people you serve and still sleep at night?”

Since the letter’s release, the response from De Maayer’s colleagues, fellow doctors and the University of Witwatersrand — with which Rahima Moosa is affiliated — had been very positive, he told Maverick Citizen. For many, the letter put into words what they were already thinking.

“Doctors from all levels of seniority, I think, but a lot of the junior staff are saying… ‘Thank you for speaking out. This is what we have been wanting to say,’ ” said De Maayer.

The Gauteng Department of Health had engaged with the CEO of the Rahima Moosa hospital on the letter, he continued.

“There do seem to be some high-level meetings going on and I’ve been told that the Office of the Presidency wants the CEO’s response to the article. So, I think it’s gone up quite high in the hierarchy,” said De Maayer.

While De Maayer remains sceptical that change will come in the short run, he said he needs to give administrators a chance to “act and react”. A basic change he would like to see instituted at the hospital is its exclusion from load shedding and water shut-offs.

Maverick Citizen asked the Gauteng Department of Health about its response to De Maayer’s letter and the major issues it identified.

Kwara Kekana, spokesperson for the MEC for health in Gauteng, said that the provision of bulk services to Rahima Moosa fell within the purview of the local authority, adding that a stable supply of water and electricity was important not only for health facilities, but other key industries that needed to provide services.

“The purpose of generators in our health facilities is to provide back-up power supply during planned or unplanned power interruptions. This is also the case for Rahima Moosa Mother and Child Hospital,” she said.

In his open letter, De Maayer claimed Rahima Moosa’s generators were too small to supply the hospital.

On the issue of water shut-offs, Kekana said that health facilities had water reservoirs for backup water supply and Rahima Moosa had a borehole on site.

“The facility still experiences water challenges due to reservoir problems that supplies [sic] water in the entire area where the hospital is located,” she said.

“Johannesburg Water supports the hospital with water tankers during such periods; however, this is not ideal. There is an urgent need for the relevant authorities to resolve the existing water supply problems that affect the area where the hospital is located.”

Another issue De Maayer spoke of in his letter was the money “being wasted on paying negligence lawsuit compensations rather than preventing the problem in the first place”.

Kekana stated that medical-legal claims remained a concern for the Gauteng Department of Health. As part of the department’s “Mediation Policy and Mediation Strategy”, implemented in late 2019, it had taken corrective measures focused on “internal issues within institutions identified as the root causes of the issues around litigation”.

“The adoption of the mediation strategy [as] interventions to deal with medico-legal cases has saved government millions of rands,” she claimed.

According to Kekana, the Rahima Moosa hospital has ongoing engagements with clinicians to address clinical concerns that arise in the facility. “Such engagements are not only welcomed, but encouraged,” she said.

However, De Maayer argued that part of the problem in the public health sector was insufficient engagement from higher-ups with the issues identified by clinicians.

“The MEC and all of those people, they haven’t seen a baby die because of the shortages that we face. And really, that’s criminal. I think that’s where it’s falling apart,” he said.

De Maayer described watching his colleagues on the neonatal team of paediatricians admit children to the intensive care ward, switch off ventilators and speak to the parents of dying patients.

“I see the toll it takes. I see good people, I see people we do not want to lose, that are just at the end of their tether — they are burnt out,” he said.

Since De Maayer started working at Rahima Moosa, worsening overcrowding, infrastructural problems and supplier issues have transformed the hospital from a place he would be comfortable taking his child to, to one he would avoid.

His dream is to make it a centre of academic excellence once more, “where people would choose to bring their children because that’s where they’re gonna get the best [care]”. DM/MC