North Korea’s fever cases under 200,000 for 2nd day amid silence on aid offer 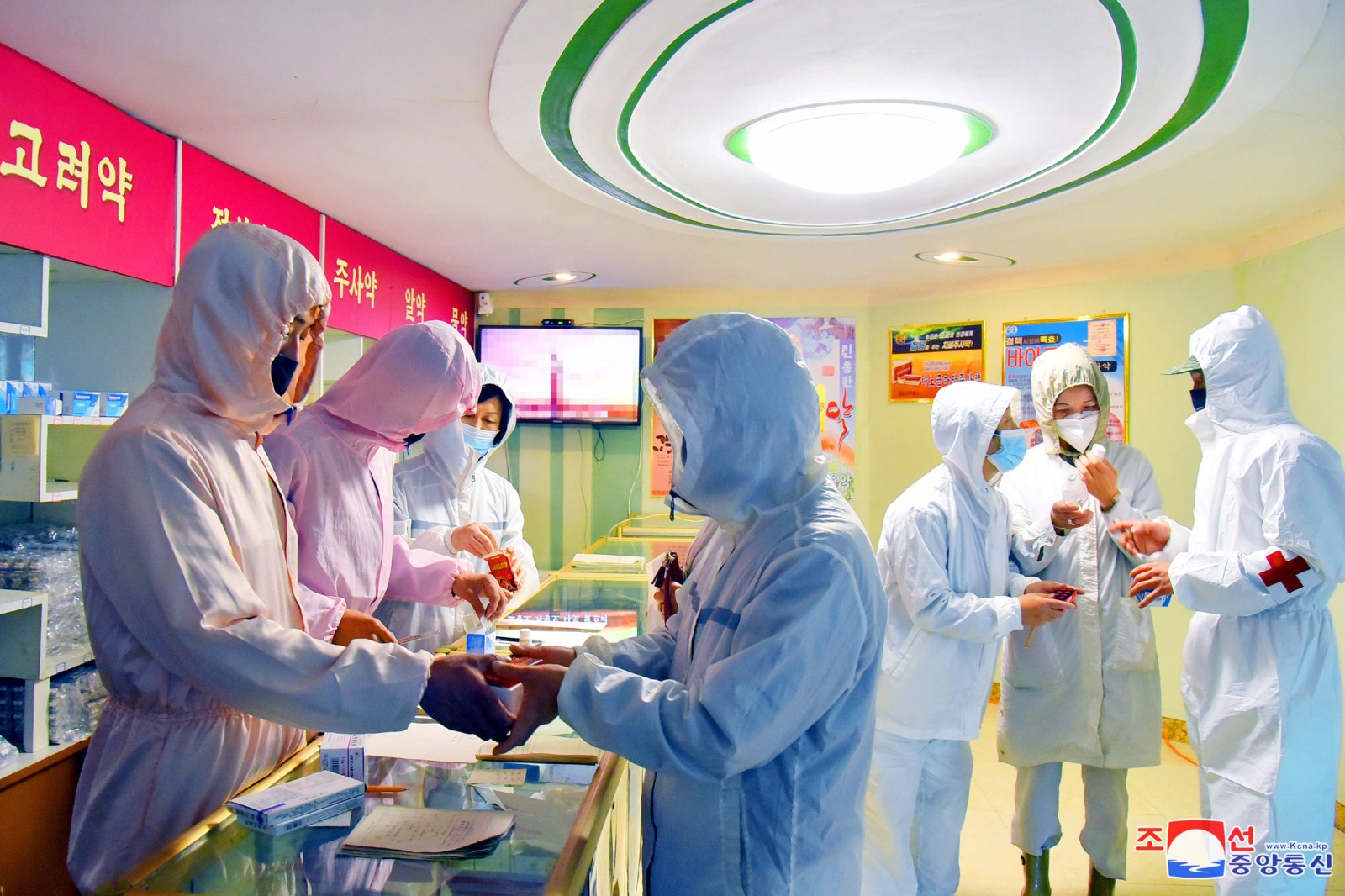 Medical service personnel in the military handing out medical supplies at a pharmacy to curb the current coronavirus disease health crisis in Pyongyang, North Korea. North Korea has reported that the number of people with COVID-19 fever symptoms has risen past 2 million since the country first disclosed the COVID-19 outbreak last week, according to state media KCNA. EPA-EFE/KCNA EDITORIAL USE ONLY

SEOUL, May 23 (Reuters) - North Korea's daily fever cases stayed below 200,000 for a second day in a row, state media said on Monday, as Pyongyang remained silent on South Korean and U.S. offers to help fight its first confirmed Covid-19 outbreak.

The Covid-19 wave, declared on May 12, has fuelled concerns over a lack of vaccines, inadequate medical infrastructure and a potential food crisis in the country of 25 million.

U.S. President Joe Biden said on Saturday that Washington had offered Covid-19 vaccines to China and North Korea, but “got no response.”

North Korea reported 167,650 new patients suffering from fever on Monday and one more death. More than 2.33 million of the 2.81 million cumulative cases reported since late April had recovered as of Sunday evening, the North’s state news agency KCNA said. The official death toll stands at 68.

While staying silent on the offer for help, North Korea has boasted of a “favorable turn” in the country’s virus situation.

“The crisis and responsibility awareness is further enhanced in every region, sector, workplace and post across the country to maintain the favorable turn in the epidemic prevention work and all inroads of the epidemic are checked through the strict execution of regional and unit lockdown and blockade measures,” the KCNA said.

Such Covid-19 restrictions may be playing a role in North Korea’s lack of response, a senior U.S. administration official said Sunday.

Apparently deprived of testing supplies, North Korea has not confirmed the total number of people testing positive for the coronavirus. Instead, health authorities report the number with fever symptoms, making it difficult to assess the scale of the Covid-19 wave, experts have said.

Authorities have distributed food and medicine across the country, with military medics deployed to help distribute drugs and conduct exams.

KCNA said pharmaceutical factories “are speeding up the production,” but did not elaborate which medicines were being produced.