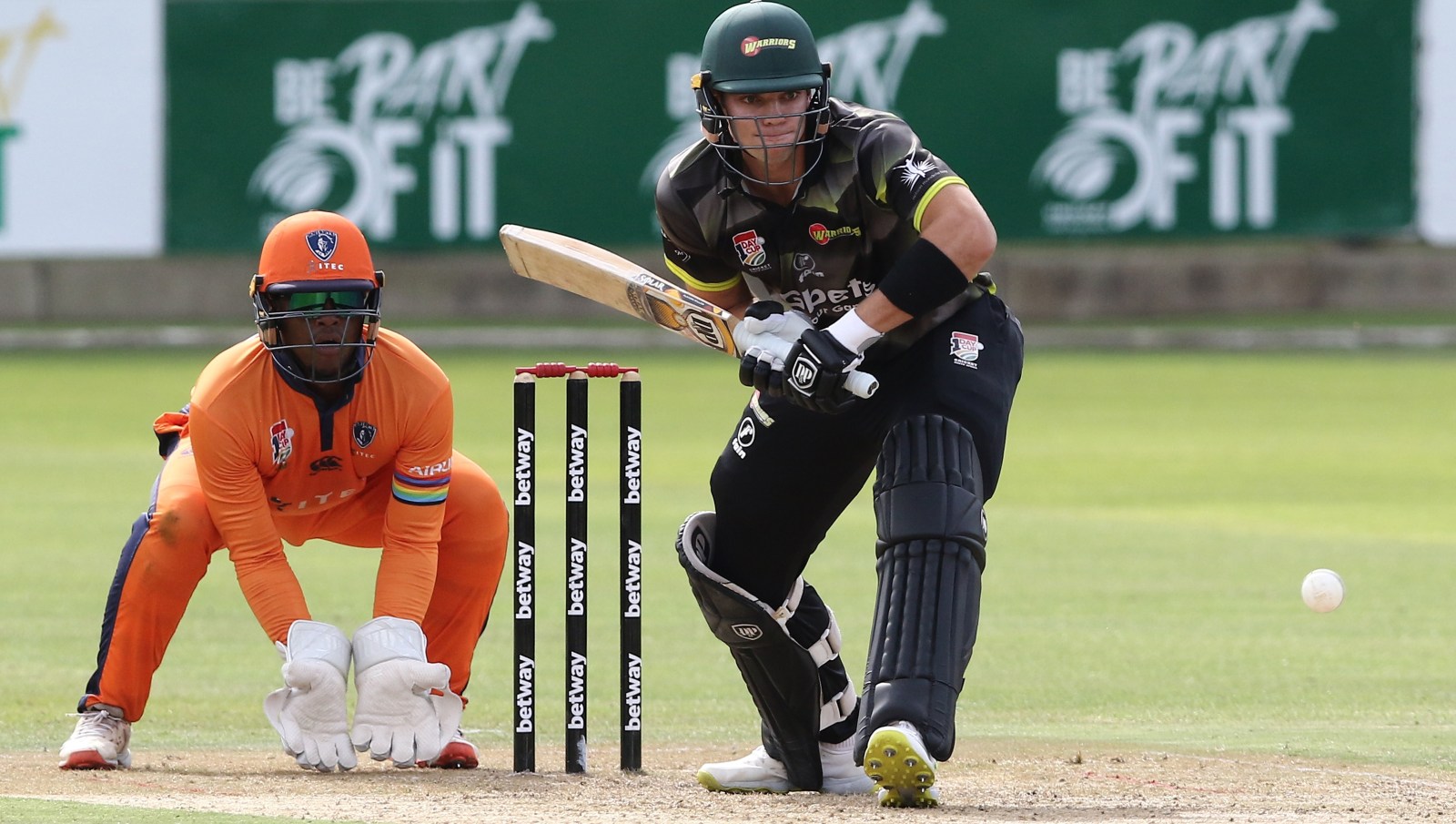 Tristan Stubbs of the Warriors during a CSA One-Day Cup, Division 1 match against the Knights at St George's Park in Gqeberha on 30 March 2022. (Photo: Richard Huggard / Gallo Images)

The Gbets Warriors batting star has received his maiden Proteas call-up for the five-match T20I series that will be held in India in June.

It’s been a seismic two weeks for young batter Tristan Stubbs. First, the 21-year-old was called up by the Mumbai Indians in the India Premier League (IPL) as an injury replacement. And then, just a week later, he was named in the Proteas T20I squad to tour India next month.

The hard-hitting batter joined fellow South African Dewald Brevis in the blue and orange strip of Mumbai. Although he has made an inauspicious start, going out for a duck on his IPL debut, which he followed with two, the Proteas’ selectors had made their decision based on his domestic form.

Stubbs first caught the eye of the cricket-loving section of the country when he shone brightly for the Warriors in the CSA T20 Challenge in February this year.

He ended the tournament second on the run-scoring charts, with 293 runs in seven innings at an average of 48.83. But what really stood out about the 1.9m-tall batter was his rate of scoring – his impressive strike rate of 183.12 was accumulated with the help of 23 massive sixes.

Cricket South Africa (CSA) convenor of selectors Victor Mpitsang is one of his admirers.

“Tristan Stubbs had a wonderful T20 tournament and one thing that he does bring is a middle-order batter,” Mpitsang told DM168 prior to the South African “A” team’s departure to Zimbabwe earlier this month – Stubbs was selected in the SA “A” T20 squad to play against Zimbabwe XI.

“That’s something that we’ve highlighted is that we need to expose the middle orders in our teams and obviously, it’s a great opportunity for him to go there and play the way he has. It’s a little bit higher up because it’s at the ‘A’ side and let’s see how he goes.”

Stubbs did well. Against Zimbabwe he batted twice, scoring 56 runs without being dismissed and with a strike rate of 121.73. That’s when the call-up to the IPL came.

Stubbs’s introduction to hitting a ball as hard as possible was actually next to the hockey field where he grew up watching his father, a provincial hockey player in his time.

“My old man played hockey when I was quite small and he played [at] quite a high level. I grew up watching him on Saturdays. Whatever hockey game he played, I’d be there watching it,” Stubbs told DM168.

“That whole culture of you playing and then having a beer afterwards with your mates. I enjoy that part of sport. I think that’s probably why I enjoy playing sport so much.”

The Gqeberha-born batter went to Grey High School and then to Nelson Mandela University, where he is currently completing his bachelor of commerce degree in marketing and business management.

“I have two modules left, then I have a degree,” said Stubbs. “It was initially just to do something, then it was to play Varsity Cup, now it’s a plan B.”

He played and excelled at hockey throughout school and varsity.

“I played hockey at school and for varsity after school. I played Eastern Province under-18 and then for the university side. I went to tour [University Sports South Africa] for hockey in 2019,” he explained.

Some of the fundamental skills acquired while playing hockey have assisted him with his batting in cricket, his first love, according to Stubbs.

“It was always cricket first and then hockey second…

“I think it’s definitely helped with the way I play spin and the ability to sweep, being comfortable getting low…”

Stubbs signed for Excelsior’20, a cricket club in the Netherlands, and plied his trade there for three-and-a-half months in the South African winter of 2021.

“My grandparents lived in Holland, they grew up there. They’re from Holland. I have a Dutch passport; I played there as a local,” said Stubbs.

While there, Stubbs, whose second skill was considered wicketkeeping throughout his early development, learnt a new skill – off-spin bowling.

“I also did a lot of bowling there, which helped a lot,” he said. “I wanted to work on my bowling and I just happened to bowl quite a bit and did quite well there.”

He has often come to the crease around number six or seven for the Warriors, depending on the match situation.

His explosive batting has seen him often deployed as a “finisher”.

However, Stubbs believes there is more to his game.

“At the moment, I think I’m seen as a finisher and I’m happy to play that role because it’s getting me game time and that’s all we can really ask for,” he said.

“Down the line, I’d like to bat a little bit higher up, where I can give myself a bit of time and then go from there. For the moment I’m seen as someone who comes in towards the end and tries to hit a few, but down the line I’d love to bat higher up.”

Despite his main skill being batting, Stubbs always preferred watching the passion that is exuded by bowlers taking wickets.

“My favourite cricketer when I was growing up was Dale Steyn,” he said. “I loved the way he celebrated when he got a wicket or did something important.”

That’s an attribute Stubbs sees in himself too. “If I get competitive I don’t really control what I do,” he said light-heartedly.

Since his days idolising Steyn, he has developed into one of the most destructive power hitters in the local game. But it wasn’t always the case.

“Until matric, I was one of the smaller guys in my grade,” he said.

“I did a lot of homework to get stronger because before that I couldn’t hit the ball very far. Loads of gym work, I’d say that’s where it [power hitting] came from.” DM168