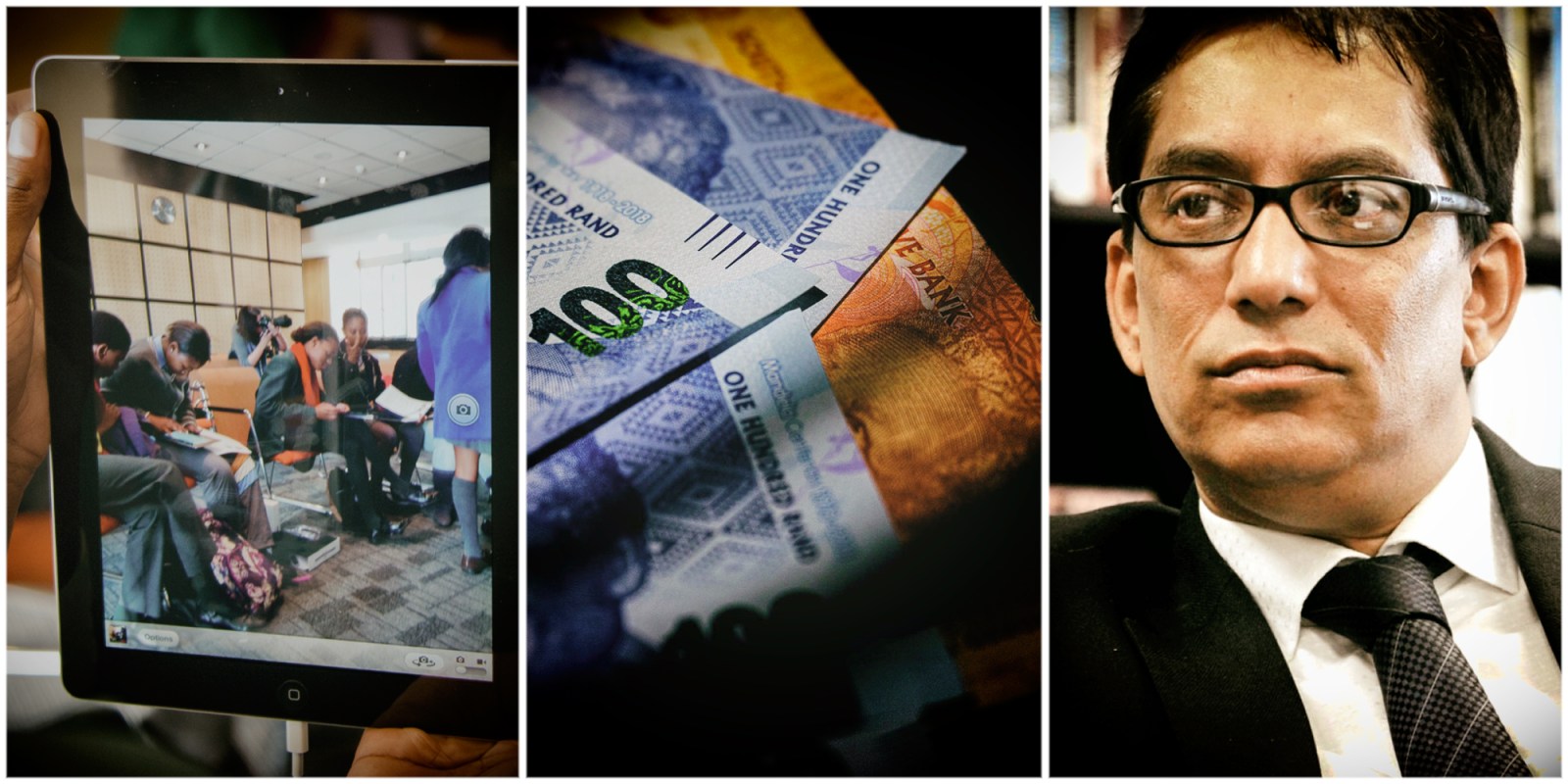 According to the DA, the Eastern Cape Department of Education has set aside almost a billion rand to cover the potential costs of leasing 55,000 tablets from the Iqbal Survé-linked Sizwe Africa IT Group.

The Eastern Cape Department of Education, which is struggling to provide textbooks and stationery to more than 3,000 schools, has set aside close to a billion rand to cover the potential costs of a lease agreement with Sizwe Africa IT Group to supply 55,000 computer tablets to matric students.

The tablets have been gathering dust since the beginning of last year after the three-year lease contract was met with outrage. Sizwe Africa IT Group is owned by AYO Technology Solutions.  Controversial businessman Iqbal Survé is an indirect controlling shareholder of AYO .

In October 2020, in a case brought by the State Information Technology Agency (Sita), which alleged that the contract was unlawful and needed to have been processed through it in terms of the Sita Act, the department was interdicted from continuing with the controversial R500-million contract to supply the tablets to matric learners pending the hearing of an urgent review application.

The department, using Treasury regulations, participated in an existing lease contract between the Department of Economic Development, Environmental Affairs and Tourism and Sizwe Afrika.

Eastern Cape DA MPL Yusuf Cassim said the department had been forced to raise a contingent liability of R972.7-million to cover the contract, despite the initial cost being R538-million.

“Since May 2020, the Democratic Alliance has consistently contended that the procurement was done illegally when the department insisted on handpicking the supplier, ANC crony Iqbal Survé’s Sizwe Africa IT Group, by piggybacking the lease of 55,000 tablets at exorbitantly inflated costs,” Cassim said.

He said the education department’s failure to include Sita in the deal led to the high court issuing an urgent interdict that halted the contract until a full review could be done. Cassim said the R972.7-million contingency liability was recently revealed in an education portfolio committee meeting.

“While the court case drags on, the tablets have been gathering dust at schools and will soon become obsolete. The department also finally provided the committee with a copy of the lease agreement.

“For two years, the department ducked and dived, refusing to make the lease agreement available despite the Democratic Alliance tabling parliamentary questions, and directives being issued by the portfolio committee for it to do so,” Cassim said.

He said a cursory reading of the contract laid bare what was being hidden.

‘They chose to double down’

“Under the opening sections, the department had an option to cut its losses and void the contract. Instead, they chose to double down and engage in expensive litigation which has already cost taxpayers R2.5-million,” he said.

He said under section six of the deal, interest is levied at prime plus 2%, calculated daily from the due date of payments agreed to.

“With interest compounding, the department’s liability will continue to mount and will cost taxpayers more in interest than what was already an inflated price for the tablets.

“The committee also learnt that of the 54,963 tablets distributed to Grade 12 learners in 2020, 8,333 have not been returned. The department will have to foot the bill for these tablets as well.”

Cassim said that in presentations made to the committee back in 2020, the department cited repair and replacement costs associated with purchasing tablets as reasons for leasing them, even though it would have cost half the price to purchase them.

He said the DA would be calling on the new head of department, Mahlubandile Qwase, to institute an investigation into the entire contract.

‘Not a single person held accountable’

“To date, not a single person has been held accountable for this outrageously corrupt endeavour which will inevitably drain resources which should be spent on ensuring every learner has a textbook per subject, every classroom has a teacher and every school has sufficient budgets to maintain their infrastructure,” said Cassim.

Qwase, responding to the portfolio committee questions, said the department had only entered into a contract with Sizwe IT through a participation model of engagement to “piggyback” on a contract initiated by the Department of Economic Development, Environmental Affairs and Tourism.

“Therefore, there are no sub-contractors of Sizwe IT known to the department as this was never a requirement in the initial contract,” he said.

Qwase said the department had budgeted an amount of R544.8-million in the 2022/23 financial year.

“However, the department is still unable to adequately budget fully for ICT contracts,” he said.

Qwase said the department had not set aside funds for the contingent liability due to limited resources and the uncertainty of the outcome of the court case in terms of timing and the amount payable.

“This cost pressure was presented to the Provincial Treasury for possible additional funding. The department has been consulting with both Vodacom and Sizwe Africa IT Group, negotiating settlement amounts to reduce the department’s liabilities.

“Sizwe Africa IT Group has accepted an offer of R303-million for all contracts, including the purchase of the leased equipment on expiry of contracts, except for the matter that is under judicial consideration. Funds have been put aside to pay the Vodacom settlement amount,” Qwase said.

Malibongwe Mtima, the Eastern Cape Department of Education spokesperson, said the department would hold a press briefing later this week to address the issue.

Leaders of the department and Sizwe Africa have dismissed any allegations of wrongdoing regarding the leasing deal. DM